3:1 support for Tibor Navracsics vs. those in opposition – Nézőpont Intézet
Skip to content

According to the public opinion poll of 1,000 representative persons by Nézőpont Intézet, which was prepared by phone query between 26-30 September, the majority of the Hungarian voters heard that Tibor Navracsics would be the Hungarian member of the European Commission and a relative majority of them thought that the commissioner nominee, likely in charge of education and culture, was suitable for the post.

It turns out from the poll that two-thirds of the population aged above 18 years was informed who the Hungarian EU commissioner would be and what areas he would be responsible for. 38 percent of the respondents thinks that the ex-foreign minister is suitable as a member of the European Commission and only 14 percent thinks that he is rather unsuitable. Half of the respondents could not answer the question, which indicates that the EU policy is still very far from the Hungarian voters. 60 percent of the Fidesz voters thinks that Navracsics is suitable, but the relative majority of the voters of the opposition parties also thinks this way, only the voters of the left-wing DK (Democratic Coalition) are divided in this question (26-26 percent). 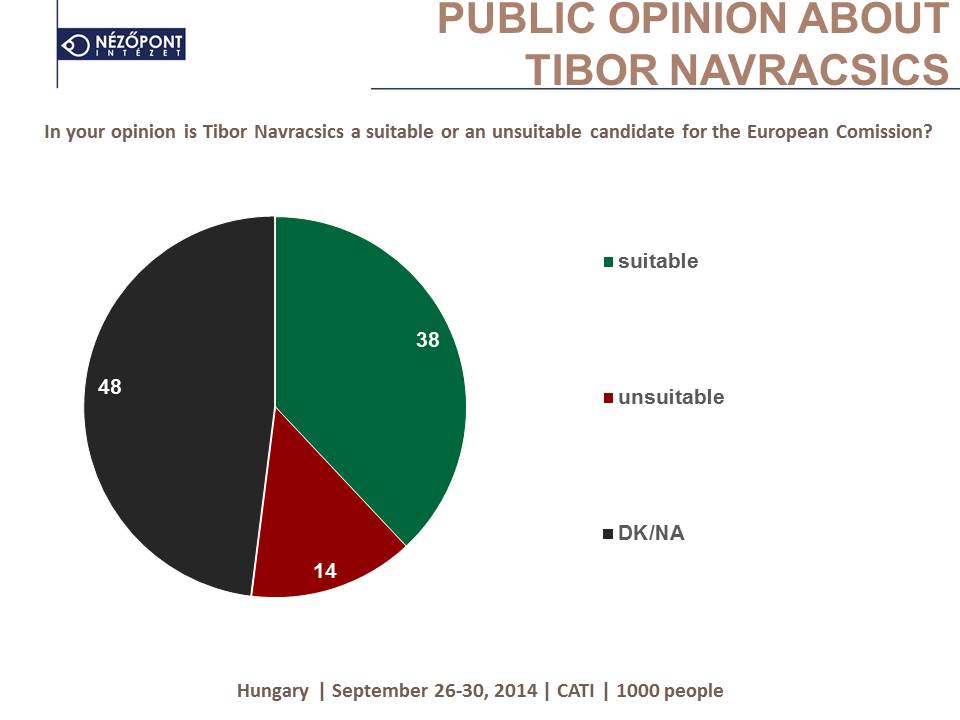