According to the first public opinion poll of Nézőpont Intézet after the European parliamentary elections, Fidesz-KDNP continues to lead the competition of the parties with a confident advantage. In the public opinion poll by phone of 1,000 representative persons, performed between 16-28 June to the order of Heti Válasz, 37 percent of all the respondents said that he was a sympathiser of Fidesz-KDNP. Of the three left-wing parties, MSZP (Hungarian Socialist Party) had 8 percent of all the respondents, DK (Democratic Coalition) had 4 percent and Együtt-PM (Together-PM) had 3 percent. The power relations of the three left-wing parties are constantly rearranging, it is not yet clear in the long-term who takes what position among these parties.

The green LMP has similar support as DK – 4 percent –, whereas the far-right Jobbik is currently the second strongest party with its 11 percent of sympathisers, taking advantage of the divisions of the left-wing.

With election activity of 59 percent, the potential support data show a similar structure. Fidesz leads with 47 percent, the governing party is followed by Jobbik with 19 percent, whereas the strongest party of the left-wing is MSZP with 14 percent. LMP and DK has 7-7 percent, respectively, whereas Együtt-PM has a 6 percent support among the potential voters. 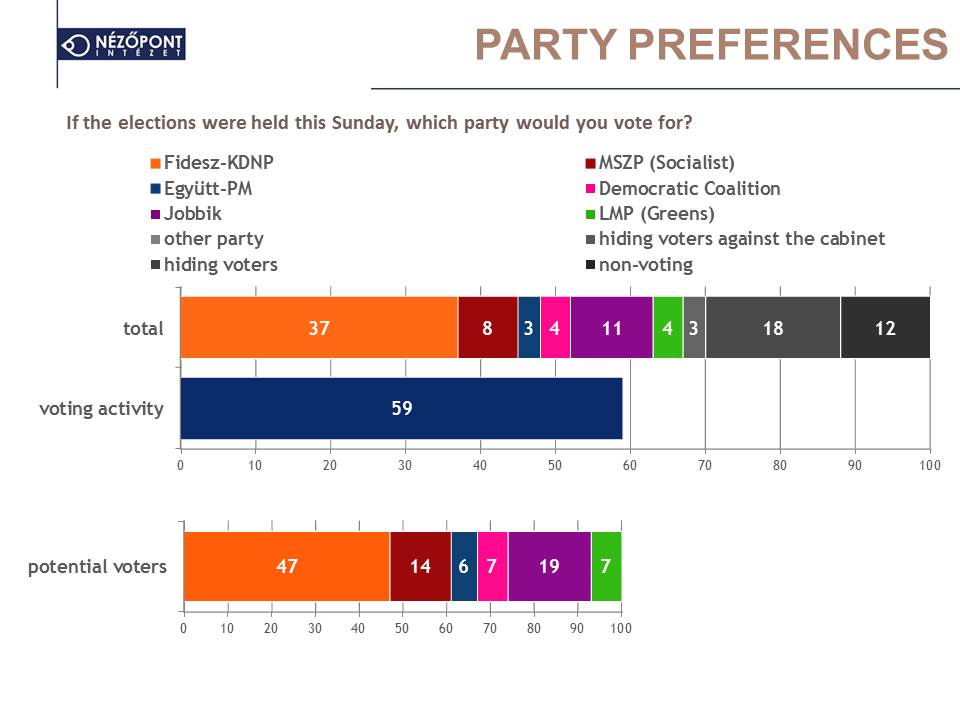 You can download the full poll in English here.