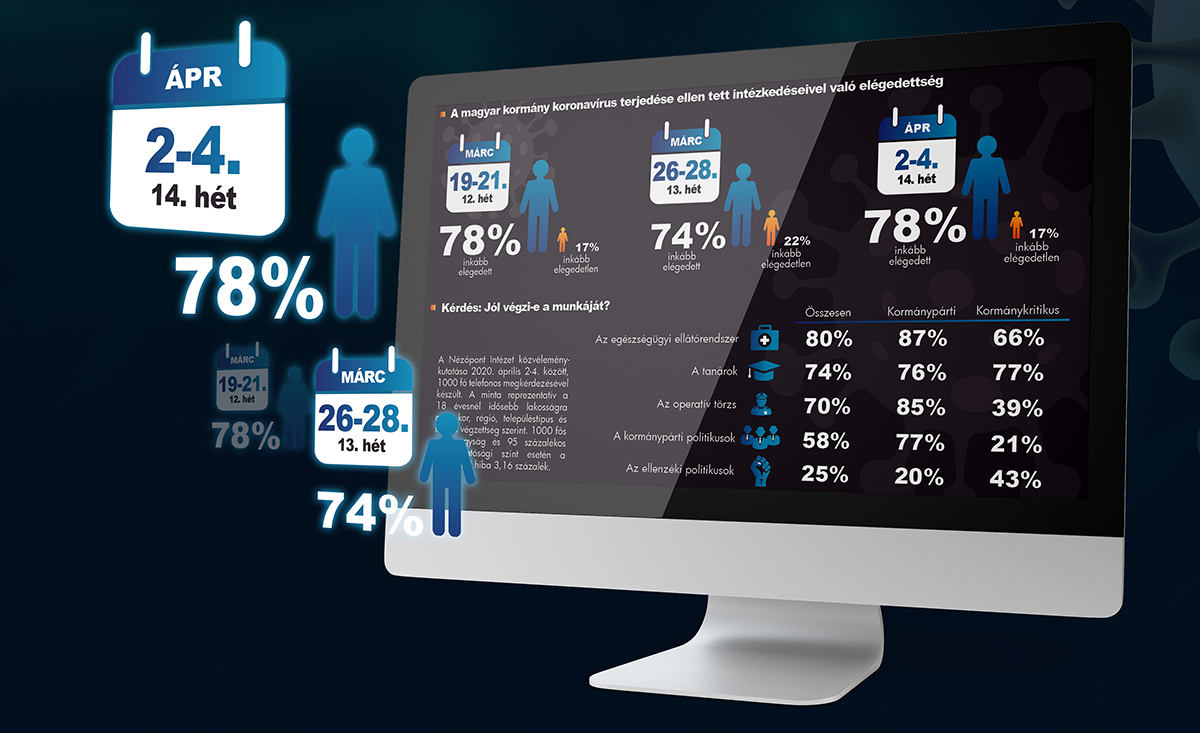 Satisfaction with the Hungarian government’s measures against the coronavirus remains high for more than three weeks after the declaration of the emergency with 4 out of 5 (78 percent) respondents saying so, reveals a Nézőpont Intézet public opinion poll that concluded on Saturday.

Since the declaration of the state of emergency on March 11, the political situation has changed in Hungary. In the fight against the coronavirus, even citizens previously critical of measures taken by the cabinet are now satisfied with the government’s performance. According to our regular Nézőpont Intézet opinion poll conducted between Thursdays and Saturdays with representative samples of 1,000 people, 78 percent of Hungarians indicated that they were “more satisfied” than not with the Hungarian government’s “measures against the spread of the coronavirus”.

These figures are consistent with the trend of previous weeks: 74 percent of respondents a week ago, and 78 percent two weeks ago also expressed satisfaction. In parallel, only the remaining one-fifth (17 and 22 percent) were found to be dissatisfied. It remains true that there is unified national support for the government as even in Budapest, where people traditionally tend to be more critical of the government, 70 percent of respondents expressed their satisfaction.

Hungarian healthcare slightly outperformed even the government with figures reflecting strong public confidence. When asked if the heathcare system was “performing well,” 80 percent of respondents answered with yes. Two-thirds (66 percent) of opposition voters – well practised in criticism over the years – and nine-tenths (87 per cent) of pro-government voters also agreed. Satisfaction with teachers’ performance is also very high (74 percent), and 70 percent are also satisfied with the performance of the Coronavirus Task Force, as the publicly best known faces of the ongoing crisis management. It is also true, however, that out of 70 percent only 39 percent are anti-government voters support the government delegated team.

The opposition did not do well in the battle surrounding the coronavirus law. Only 25 percent of voters think the opposition parties did their job well, and even amongst those who are critical of the government, only 43 percent agree with this. It means that at this time the majority of opposition voters  have actually turned against the opposition. Meanwhile 58 percent of all respondents and 77 percent of pro-government voters are satisfied with the work of ruling party politicians, which may be interpreted as a warning sign to the opposition to rethink their tactics. 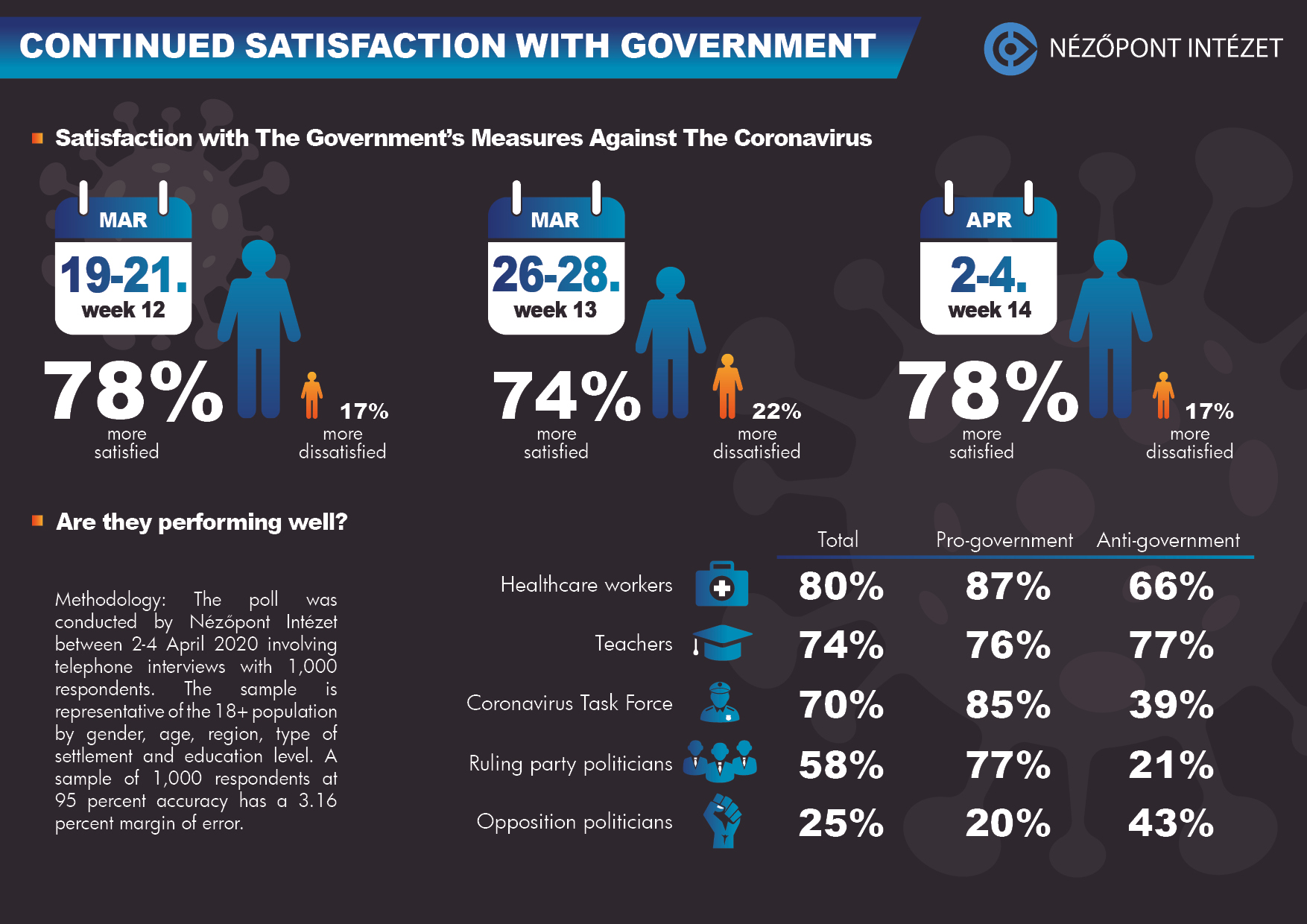 The poll was conducted by Nézőpont Intézet between 2-4 April 2020 involving telephone interviews with 1,000 respondents. The sample is representative of the 18+ population by gender, age, region, type of settlement and education level. A sample of 1,000 respondents at 95 percent accuracy has a 3.16 percent margin of error.