52 percent of Hungarians would vote for the Fidesz-KDNP national list in an election held this Sunday, and over three million people continue to support the government’s policies. The anti-government bloc, comprising seven opposition parties, is supported by 44 percent of those promising to vote in the election, reveals a representative public opinion poll conducted by Nézőpont Intézet on behalf of Hungarian daily newspaper Magyar Nemzet. 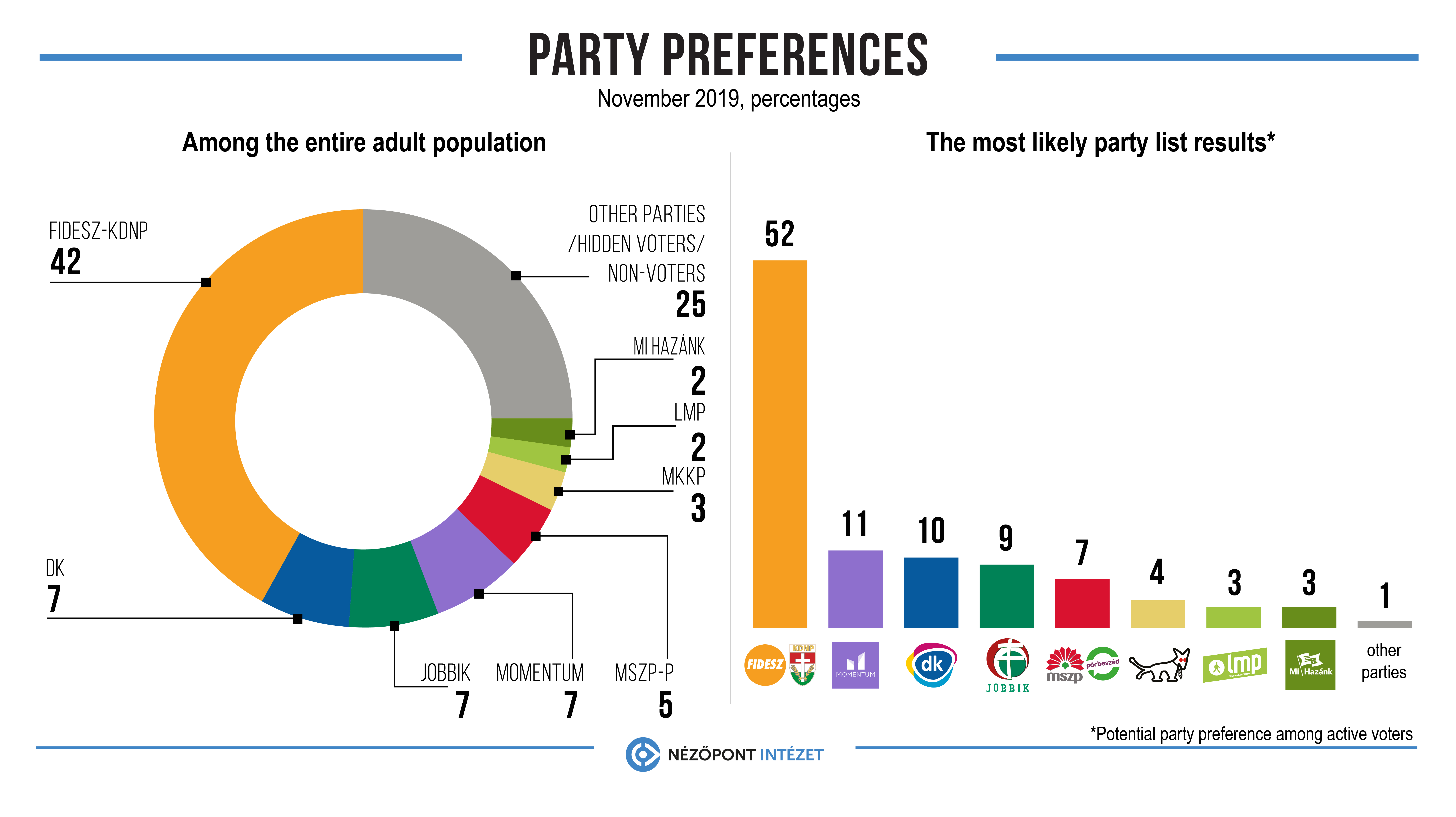 Fidesz-KDNP would get 52 percent of the votes cast in a poll this Sunday. The government parties’ popularity has remained balanced throughout 2019, with every other active voter being their sympathiser each month. The opposition parties’ circle of supporters has been stagnating since the local elections, with variance due to the activity of each party’s voter camp only. Total combined support for the anti-government side, which includes seven opposition forces (Momentum, DK, Jobbik, MSZP-P, MKKP, LMP), would come to 44 percent in the most likely list result category. It appears that in recent months opposition parties have not been able to profit from the municipal elections’ results. The highest ranking party within the opposition is the Momentum, which would get 11 percent on the list and has no parliamentary representation in Hungary at present. In their case, it can be seen that the mistakes made abroad by their leading politicians may have had a significant impact on voter activity. Momentum holds its virtual second place, with no reversal in party support, but has lost two percentage points in popularity compared to the last survey.

Just like a month ago, apart from Momentum, the Democratic Coalition is the only other opposition party commanding two-digit support (10 percent) among those promising their turnout. Ferenc Gyurcsány’s party is followed by Jobbik, still without a party chairman, at 9 percent. Again, based on the size of the MSZP-P alliance voter camp (7 percent), it would not be possible to cross the 10 percent entry threshold for a joint listing of the two parties. Several opposition parties have similar concerns: the Hungarian Two-Tailed Dog Party has 4 percent support, and the LMP,  which has elected a female co-chair, has 3 percent support, as does the Our Hungary Movement.

Nézőpont Intézet conducted this public opinion poll between 1-30 November 2019 based on personal interviews with 5,000 respondents. The sample is representative of the 18+ population by gender, age, region, settlement type and education level. A sample of 5,000 at 95 percent accuracy has a 1.41 percent margin of error.