MÁRKI-ZAY IS LESS POPULAR THAN THE LEFT - Nézőpont Intézet 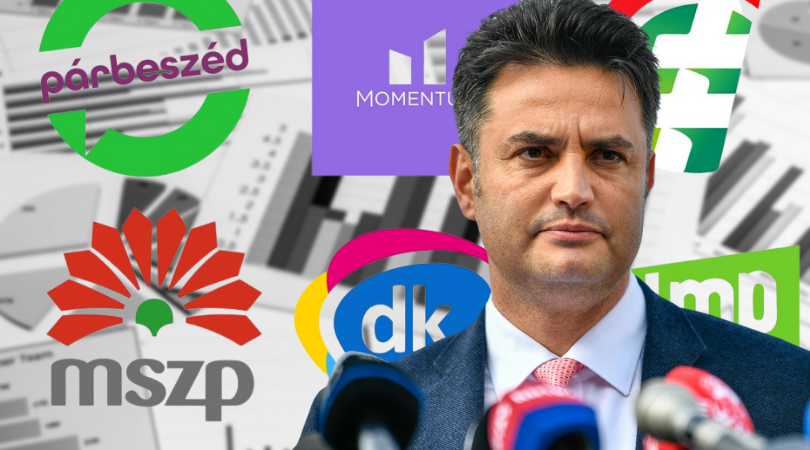 MÁRKI-ZAY IS LESS POPULAR THAN THE LEFT

Péter Márki-Zay could neither attract new voters, nor unite the existing left-wing voters behind him. According to a recent survey conducted by the Nézőpont Institute, while 42 percent of determined voters are left-wing voters, only 24 percent of them would vote for the mayor of Hódmezővásárhely.

For already a month now, Péter Márki-Zay, the mayor of Hódmezővásárhely is the joint prime ministerial candidate of the left, but he still has not managed to achieve a national breakthrough in his popularity. A previous research of the Nézőpont Institute had already revealed that his candidacy for prime minister did not help to increase the popularity of the left, since neither Fidesz’s nor the joint left-wing’s popularity had changed. This tendency has been confirmed by the latest figures, 56 percent of determined voters would vote for Fidesz and only 42 percent for the left. 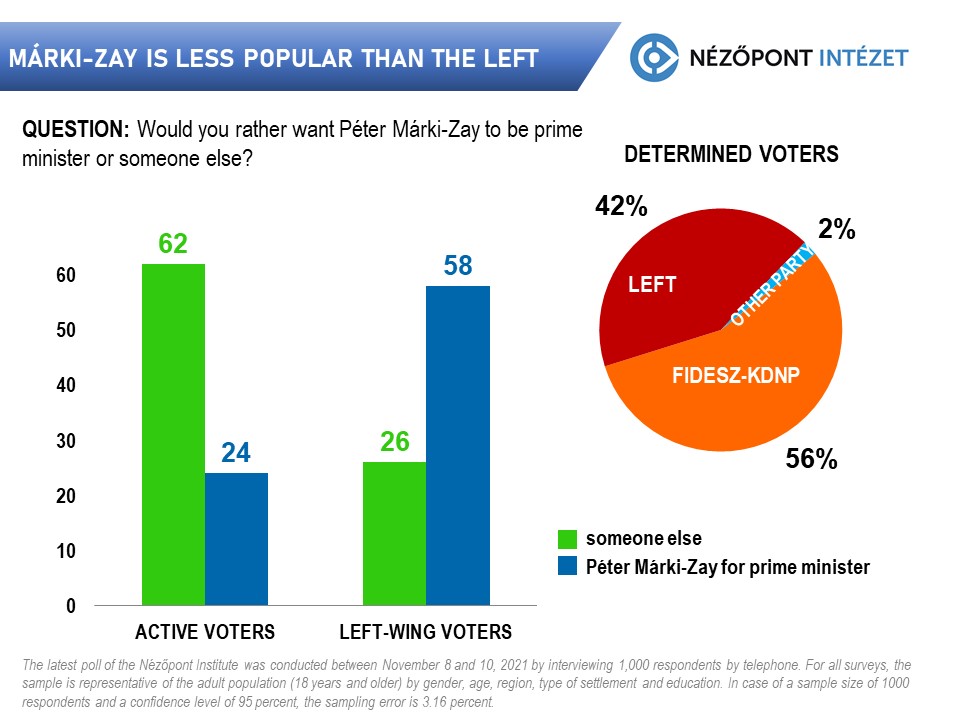 It is a warning sign for the opposition alliance that in their pre-election, which was designed as a “political innovation”, they have succeeded to pick not a camp-broadening but a camp-dividing candidate. The left’s failure on the 23 October celebrations already showed that the prime ministerial candidate, who was at war with the left-wing parties as well, could hope for only moderate popularity among supporters of the parties concerned.

The latest poll of the Nézőpont Institute was conducted between November 8 and 10, 2021 by interviewing 1,000 respondents by telephone. For all surveys, the sample is representative of the adult population (18 years and older) by gender, age, region, type of settlement and education. In case of a sample size of 1000 respondents and a confidence level of 95 percent, the sampling error is 3.16 percent.