No mood to change mayors – Nézőpont Intézet
Skip to content

Fidesz-KDNP continues to lead with a convincing advantage in the competition of the parties, 33 percent of all the respondents sympathises with the governing parties – turns out from the public opinion poll by phone of 1,000 representative persons by Nézőpont Intézet, which was prepared between 21-24 July to the order of Heti Válasz.

At the same time the support of Fidesz decreased compared to the previous month (by 4 percent) and fell back to the level of November, measured before the parliamentary election campaign.

Because of the divisions of the left-wing, the far-right Jobbik continues to be the second most popular party among all the respondents, with support of 13 percent. The order of the three left-wing parties, which still ran jointly in the parliamentary elections, reflects the result of the European parliamentary elections: MSZP (Hungarian Socialist Party) was the strongest with 7 percent, DK (Democratic Coalition) was second with 5 percent, whereas Együtt-PM (Together-PM) had sympathisers of 3 percent among all the respondents. The support of the green LMP is currently 6 percent among the respondents. 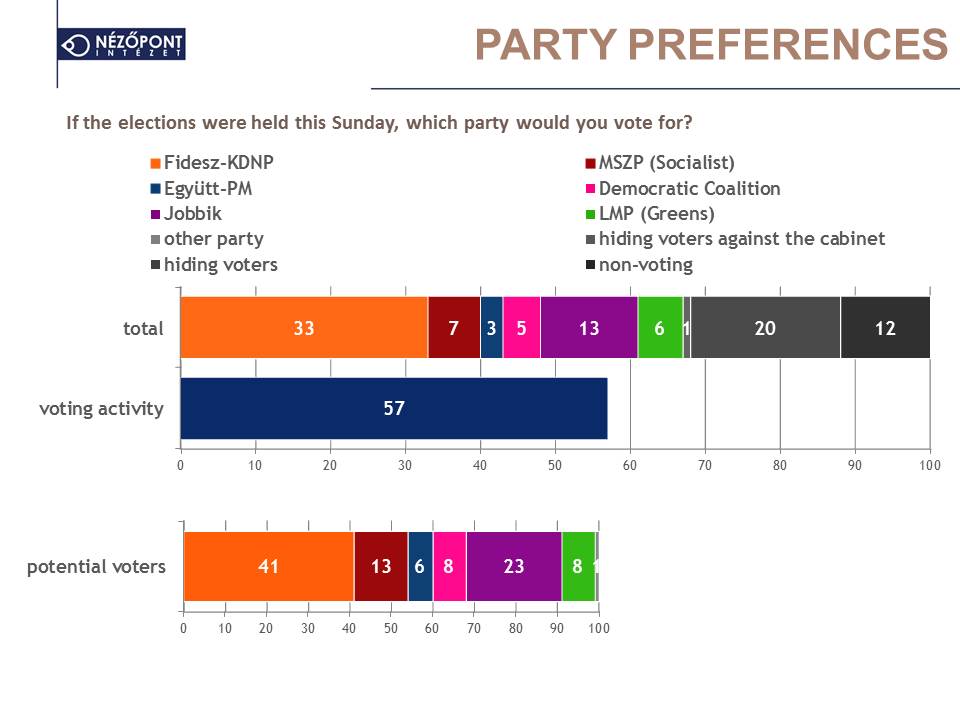 Of course it is not possible to outline an exact picture about the judgement of the leadership of the settlement in connection with each settlement from a national measurement, but the results show that, looking at the nation-wide level, the majority of the society are currently satisfied with the work of the local leaders. All of these may be good news for the current settlement leaders running again, on the other hand these may be bad news for their challengers.

You can download the full poll in English here.