According to the public opinion poll of 1,000 representative persons by Nézőpont Intézet, which was prepared by phone query between 25-30 August, by the end of August Fidesz-KDNP could stabilise its advantage of support, after the decrease in the summer. With its rate of sympathisers of 33 percent, the governing party coalition continues to lead the competition of parties at the beginning of the political season.

After the European parliamentary elections the support of the three left-wing parties was very close to each other. Movements within the camp were continuous. The results of the recent months show that – although on a low basis, yet – MSZP regained its advantage vis-à-vis the other two left-wing parties, their support currently is: MSZP (10 percent), DK (5 percent) and Együtt-PM (3 percent) among all the respondents. Stemming from the divisions of the left-wing, the far-right Jobbik continues to be the second strongest party, with sympathisers of 15 percent. The green LMP has support of 4 percent among all the respondents. Because of the low activity mood of the supporters of the left-wing parties, the potential support data favour Fidesz, Jobbik and LMP. On this basis 42 percent would vote for the governing party, 26 percent for Jobbik, 11 percent for MSZP, 9 percent for LMP, 8 percent for DK and 4 percent for Együtt-PM. 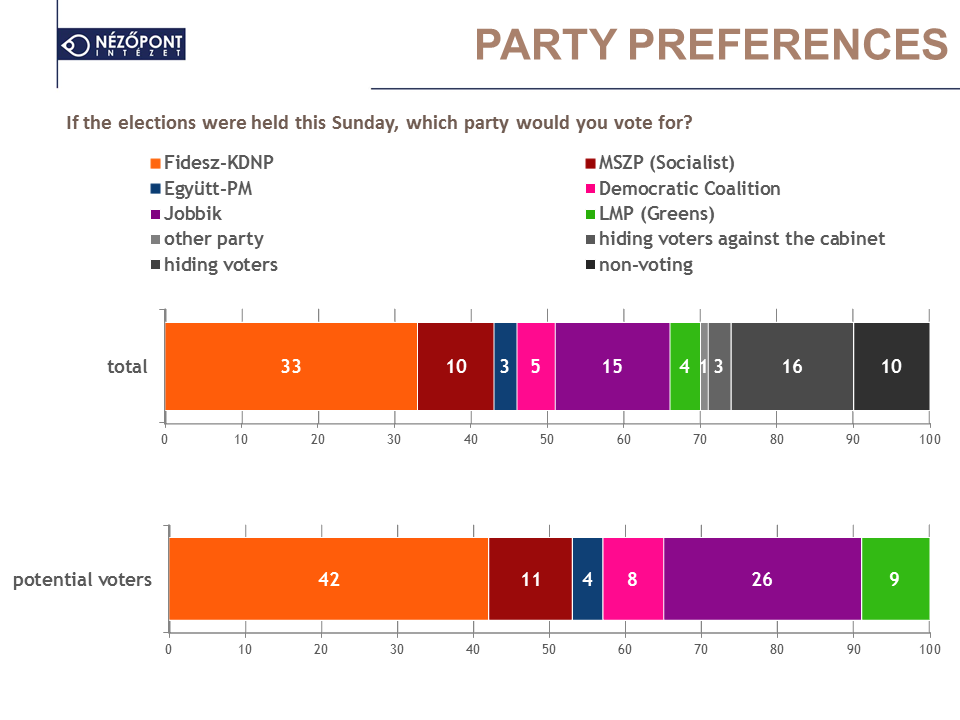