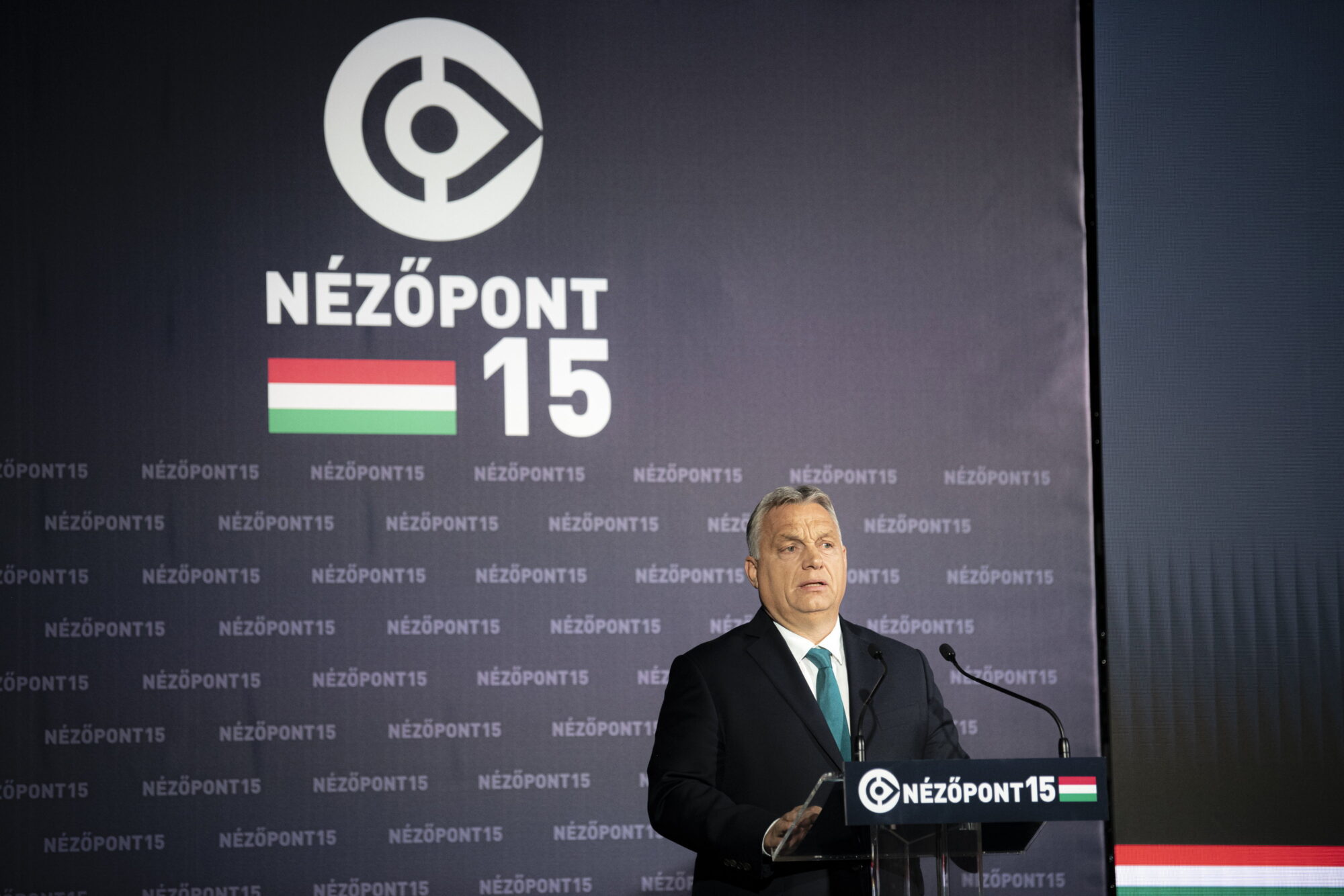 The Nézőpont Institute celebrated its 15th birthday on 24 November 2021 at the Museum of Fine Arts. At the event the guest of honour was Viktor Orbán.

The Prime Minister called the period after the 2006 Őszöd speech as an era of lies. Quoting George Orwell, the Prime Minister said: to speak the truth in the age of lies is a revolutionary act. If you think of the establishment of the Nézőpont Institute in 2006, you can certainly describe it as a revolutionary organisation, he added. In his view, Nézőpont was founded as an institution that dared to say “two plus two equals four” even when everyone was saying the opposite.

Mr Orbán also stressed that “there is no national sovereignty if there are no nationally owned analytical and research companies preparing political decisions”. The Hungarian owner of the Nézőpont Institute and chairman of the board of Nézőpont Group Zrt. said that the research institute “was created as a political science start-up” with the aim of helping the national conservative side. Nézőpont Institute co-founder Sámuel Ágoston Mráz thanked all those who have helped Nézőpont during its 15 years of operation. The ceremony was also attended by three well-known public figures who had previously worked at the Institute: Gergely Böszörményi-Nagy, the current president of the MOME Foundation, until 2010, Miklós Szánthó, the head of the Center for Fundamental Rights, until 2013, and Dániel Deák, the senior analyst of the XXI Century Institute, worked at Nézőpont until 2018.

Among other things, Dániel Deák, senior analyst at the XXI Century Institute, stressed that before 2010 it was necessary to establish right-wing research institutes to counter the false left-wing explanations that dominated public life at the time.

Tibor Navracsics, who helped a lot in the establishment of the Institute, also addressed the event. In his speech he pointed out that by its analysis between 2006 and 2010 Nézőpont had “worked on shaping public opinion” step by step, producing new arguments and convincing even undetermined voters. “Now the task is the same”, said Tibor Navracsics, referring to the next spring elections.

In his speech, Fidesz Vice-President Gábor Kubatov drew a parallel with the fact that Margaret Thatcher had founded a think tank a few years before her election victory and became Britain’s longest serving prime minister with 11 years in office. “Eleven years was enough for them, not for us,” he added.

Gergely Gulyás, Minister of the Prime Minister’s Office and former lawyer of Nézőpont, pointed out that when the institute was founded in 2006, “Hungarian public life had reached its lowest point” after the leakage of Ferenc Gyurcsány’s lie speech. At that time, he argued, it had become clear that it was not enough to be angry and dissatisfied with the existing regime, but that it was necessary to develop political alternatives based on professional research and public opinion polls that could serve a future civil government. Nézőpont belongs to the minority of public policy institutes that not only conduct opinion polls, “but also measure them beforehand”, he added.