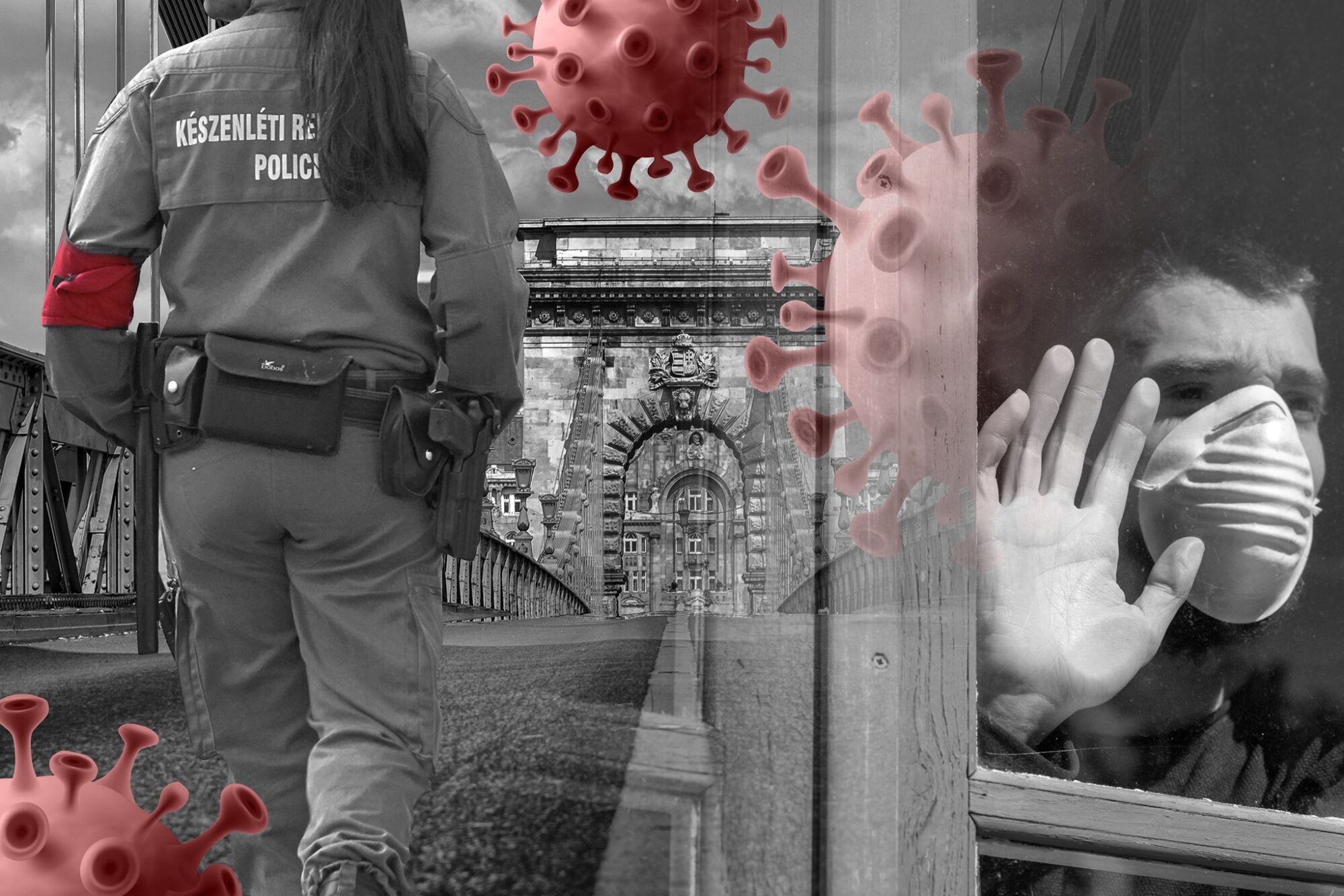 94 percent of Hungarians agree that Parliament should prolong the state of emergency, reveals a Nézőpont Intézet public opinion poll concluded on Saturday. Social support behind the government and its measures remains unprecedented, with three-quarters of Hungarians backing the cabinet on all issues.

81 percent of Hungarians say that they have talked about the epidemic’s domestic developments over the past few days, and 66 percent say they have discussed its potential economic impact.

Special attention paid to the issue may also be contributing to the unprecedented social support behind the competently acting government. 78 percent of Hungarian adults say they are “satisfied with the measures taken by the government to prevent the spread of the coronavirus” (17 percent say that they are not). 81 percent of the highest risk 60+ age group, and 46 percent of those identifying as being critical of the government have also expressed their satisfaction (but 47 percent have not). For the capital’s leadership that seem to be cultivating an independent profile in the management of the public health crisis, it should be a warning sign that 76 percent of Budapest residents also say they are satisfied with measures taken by the government to control the epidemic (19 percent are of the opposite opinion). Thus not only common sense and moral considerations but also political interest would dictate that city leaders temporarily put power plays on hold.

It is an interesting development that public satisfaction with the Prime Minister’s performance has also reached a historic high. Viktor Orbán is the member of government responsible for the management of the state of emergency introduced at 3pm on 11 March and his performance meets the approval of 72 percent of Hungarians with only 21 percent being of the opposite opinion. By comparison, support rate in recent years has generally been around 50 percent.

The high overall approval rate may be due to the solid support surrounding most measures announced so far. 96 percent of those surveyed agree on banning events and closing borders, while 88 percent welcome the introduction of fee exemptions in sectors affected by the crisis and the suspension of loan repayments.

Support for economic protection measures is understandable as 60 percent of those surveyed say that their family’s financial situation is being adversely affected by the coronavirus epidemic (only 35 percent disagree). There is no correlation between economic disadvantage and age, residence or number of children. Three-fifths of Hungarians in each segment say they have been economically affected by the crisis. Only those with primary education (27 percent of Hungarians) stand out with 2 out of 3 (67 percent) saying they are experiencing the negative economic effects. This group is probably most at risk in a possible wave of redundancies anticipated by many.

The most controversial issue in recent days regarding “national cooperation” has been the introduction of distance education. Its success has been questioned by certain organisations critical of the government, while the task force team leader has been satisfied with the rapid action taken. It is therefore interesting that overall 50 percent of Hungarian adults consider the rollout of distance education successful, 17 percent are of the opposite opinion, and 28 percent claim to have no information about the issue. Even 34 percent of respondents who identify as being critical of the government say that the transition has been a success overall (although 11 percent of government supporters are dissatisfied). It is perhaps more significant, however, that 55 percent of the most affected respondents, those with children, believe that the transition to distance education has been successful (15 percent disagree). 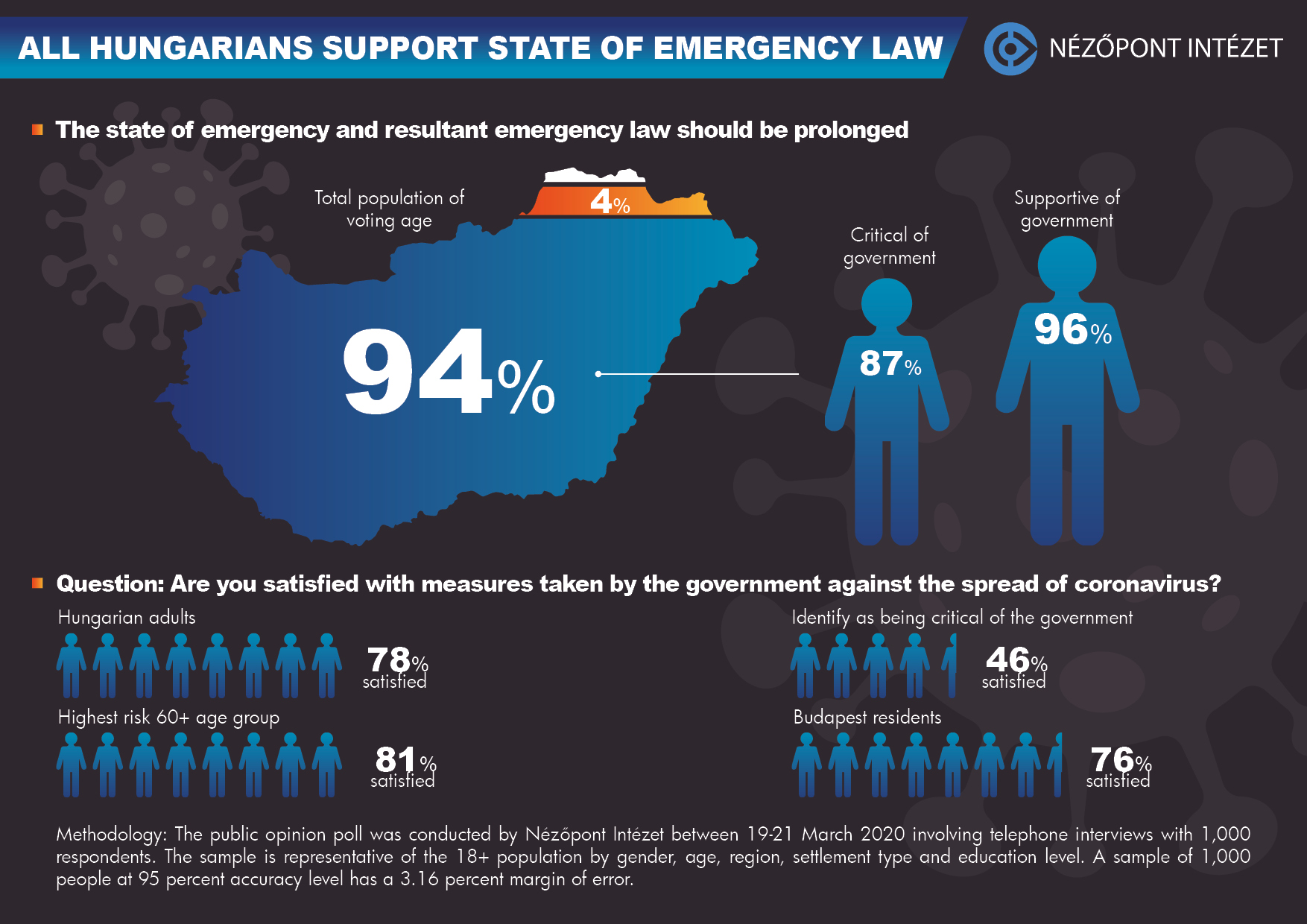 The public opinion poll was conducted by Nézőpont Intézet between 19-21 March 2020 involving telephone interviews with 1,000 respondents. The sample is representative of the 18+ population by gender, age, region, settlement type and education level. A sample of 1,000 people at 95 percent accuracy level has a 3.16 percent margin of error.