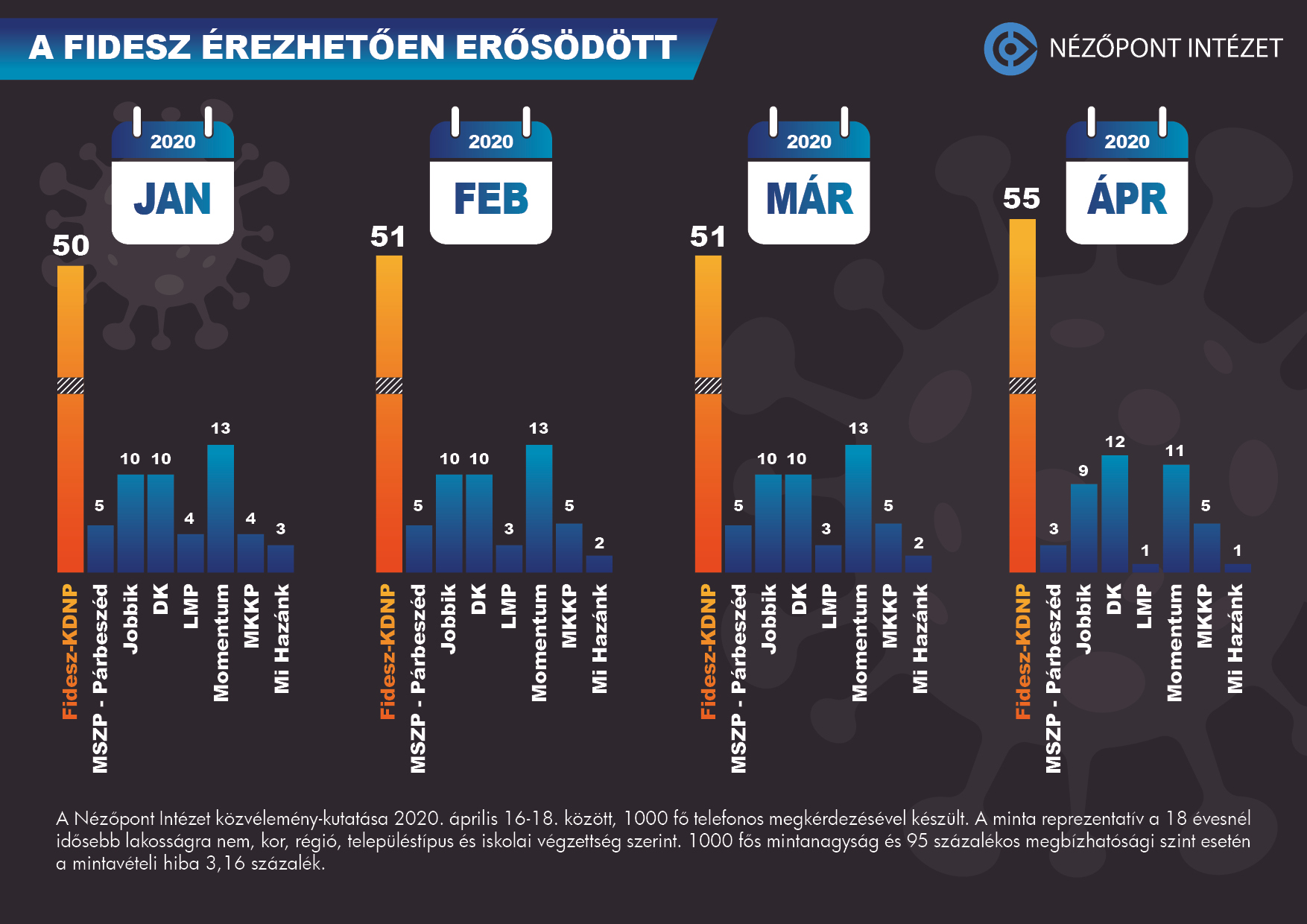 A high level of confidence in the government has had a positive effect on the ruling parties as well and reached 55 percent among active voters, reveals a telephone interview based public opinion poll conducted by Nézőpont Intézet last week. Due to the success of the curfew 6 out 10 respondents did not meet people other than those they share a household with.

The ruling parties have also benefited from the popularity of firm government action against the coronavirus epidemic, as well as from the strong confidence in government measures. Since the beginning of the year, Fidesz’s support among active voters has increased by 5 percentage points, from 50 to 55 percent. In the case of the opposition, there are no winners, only losers in the last month and a half with the Democratic Coalition (DK) being the strongest among active voters (12 percent), with Momentum (11 percent) and Jobbik (9 percent) performing even more poorly. The losers are mainly the MSZP-Dialogue joint list (3 percent) and the LMP (1 percent), as both would perform below the entry threshold should an election be held “this Sunday”.

The shift in party competition favourable for the government coincides with satisfaction with government measures against the coronavirus. Last week, 72 percent of respondents indicated they were more satisfied than not. The curfew was considered sufficiently stringent by 64 percent of respondents, while 30 percent called for further restriction. It is good news that Hungarians proved to be disciplined: according to their own statements, 37 percent of respondents did actually “stay at home” the day before the survey, and 61 percent did not meet anyone for longer than 15 minutes apart from those they share their household with. 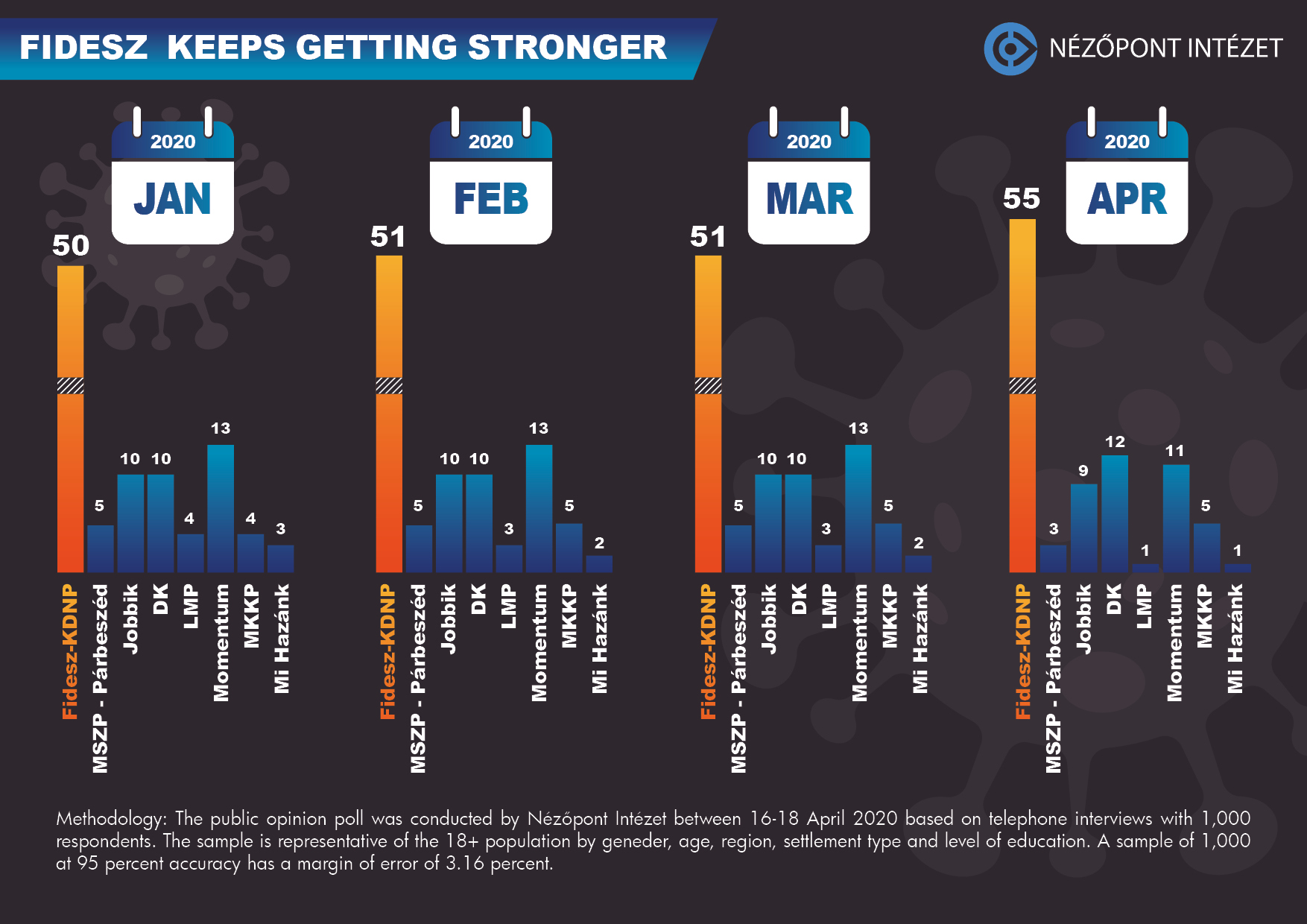 The public opinion poll was conducted by Nézőpont Intézet between 16-18 April 2020 based on telephone interviews with 1,000 respondents. The sample is representative of the 18+ population by geneder, age, region, settlement type and level of education. A sample of 1,000 at 95 percent accuracy has a margin of error of 3.16 percent.