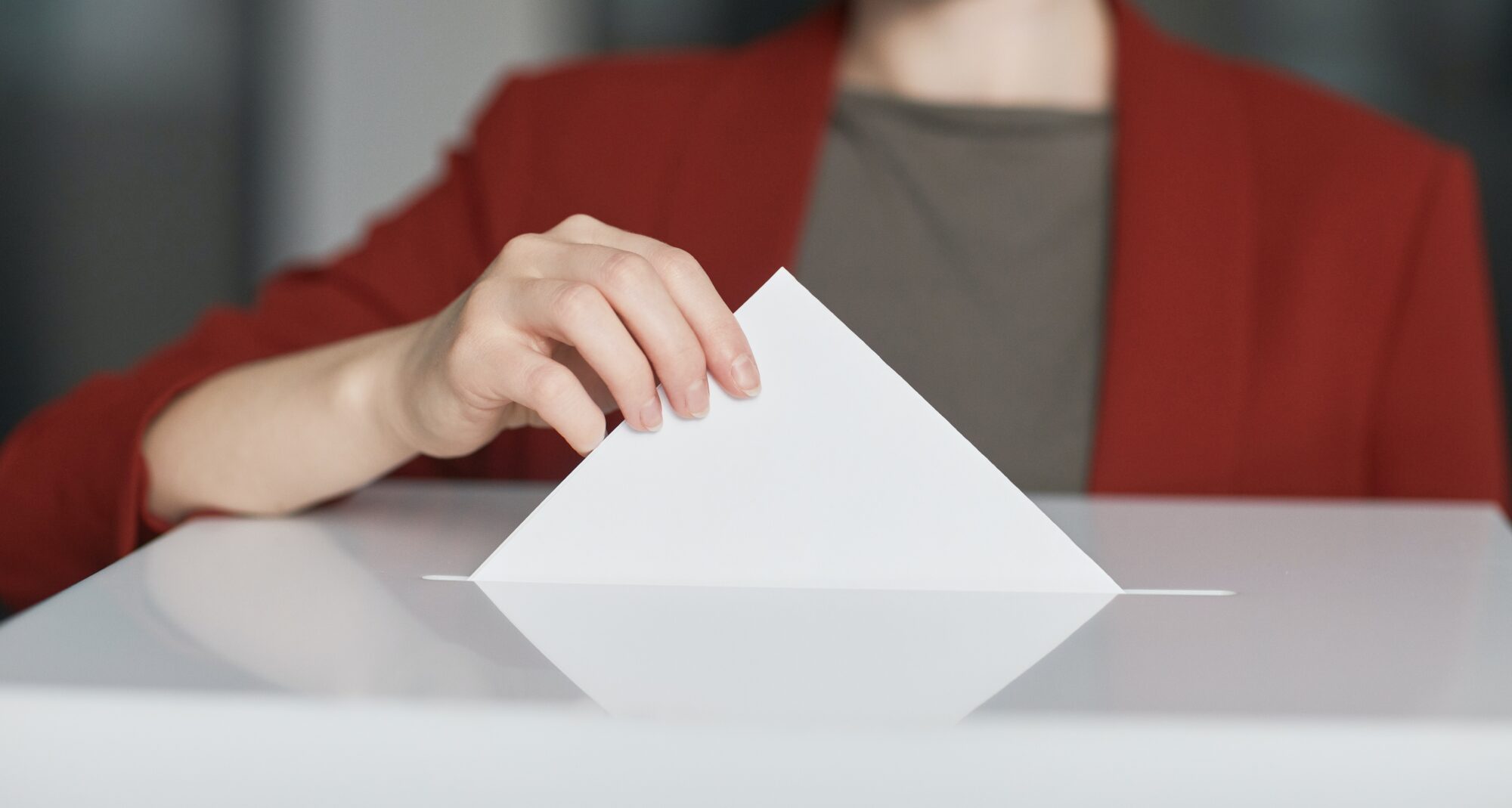 According to a recent survey of the Nézőpont Institute, if elections were held “this Sunday”, 49 percent of active voters would vote for Fidesz, and only 41 percent would vote for the left-wing joint list. With two weeks before the elections, the gap between the two major political blocs is still wide, and the data also suggest that the Russian-Ukrainian war has had a negative impact on the support for small parties.

According to the Nézőpont Institute’s opinion poll conducted between 16 and 21 March, if a parliamentary election were held “this Sunday”, nearly half (49 percent) of the active voters would vote for the Fidesz-KDNP national list, while the left-wing coalition would receive 41 percent of the votes. An in-depth analysis of the party supporters reveals that 4 percent of Fidesz voters are considered to be undecided, while this figure is 41 percent for left-wing voters. The latter data could be explained by the unpopularity of Péter Márki-Zay. According to the survey, only slightly more than half (56 percent) of the left-wing voters answered the question “Would you prefer Péter Márki-Zay to be the Prime Minister of Hungary or Viktor Orbán?” with the name of Péter Márki-Zay, which suggests that the left-wing candidate for prime minister has no capacity to maximise votes (the rest of the respondents could not take a clear position on the question). 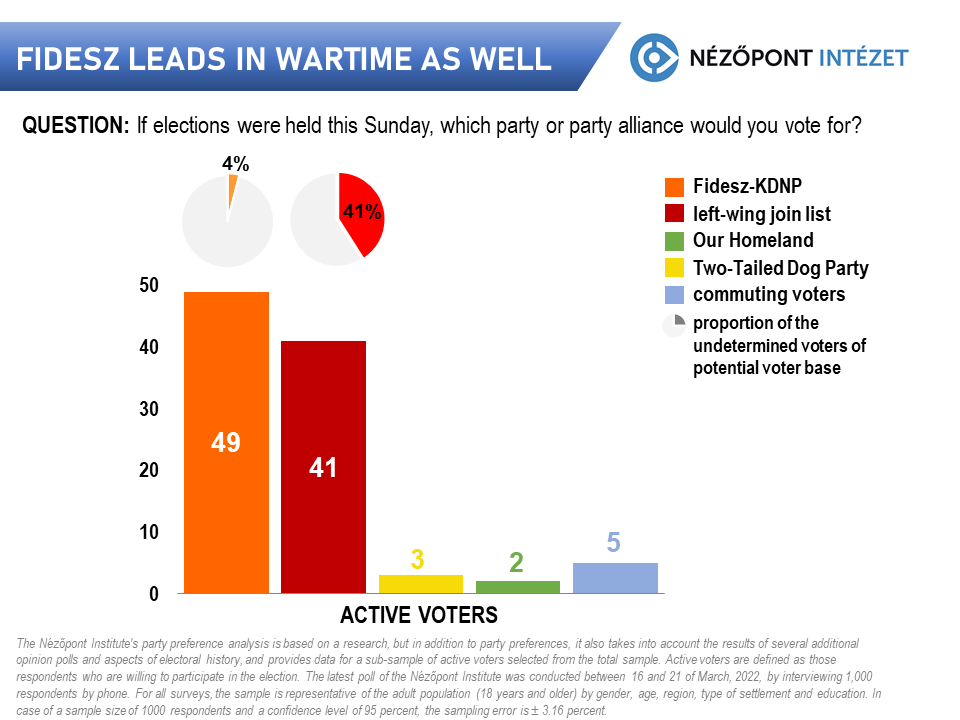 Analysing the results, the Nézőpont Institute identified an unusual electoral behaviour, the emergence of “commuting” voters, a behaviour that can be observed among 5 percent of active voters. The war is having a negative effect on the small parties: The Hungarian Two-Tailed Dog Party could still expect 3 percent of the votes, while Our Country only get 2 percent. Unless the two small parties can attract a significant number of “commuting” voters, they are unlikely to get into Parliament.

The Nézőpont Institute’s party preference analysis is based on a research, but in addition to party preferences, it also takes into account the results of several additional opinion polls and aspects of electoral history, and provides data for a sub-sample of active voters selected from the total sample. Active voters are defined as those respondents who are willing to participate in the election. The latest poll of the Nézőpont Institute was conducted between 16 and 21 of March, 2022, by interviewing 1,000 respondents by phone. For all surveys, the sample is representative of the adult population (18 years and older) by gender, age, region, type of settlement and education. In case of a sample size of 1000 respondents and a confidence level of 95 percent, the sampling error is ± 3.16 percent.