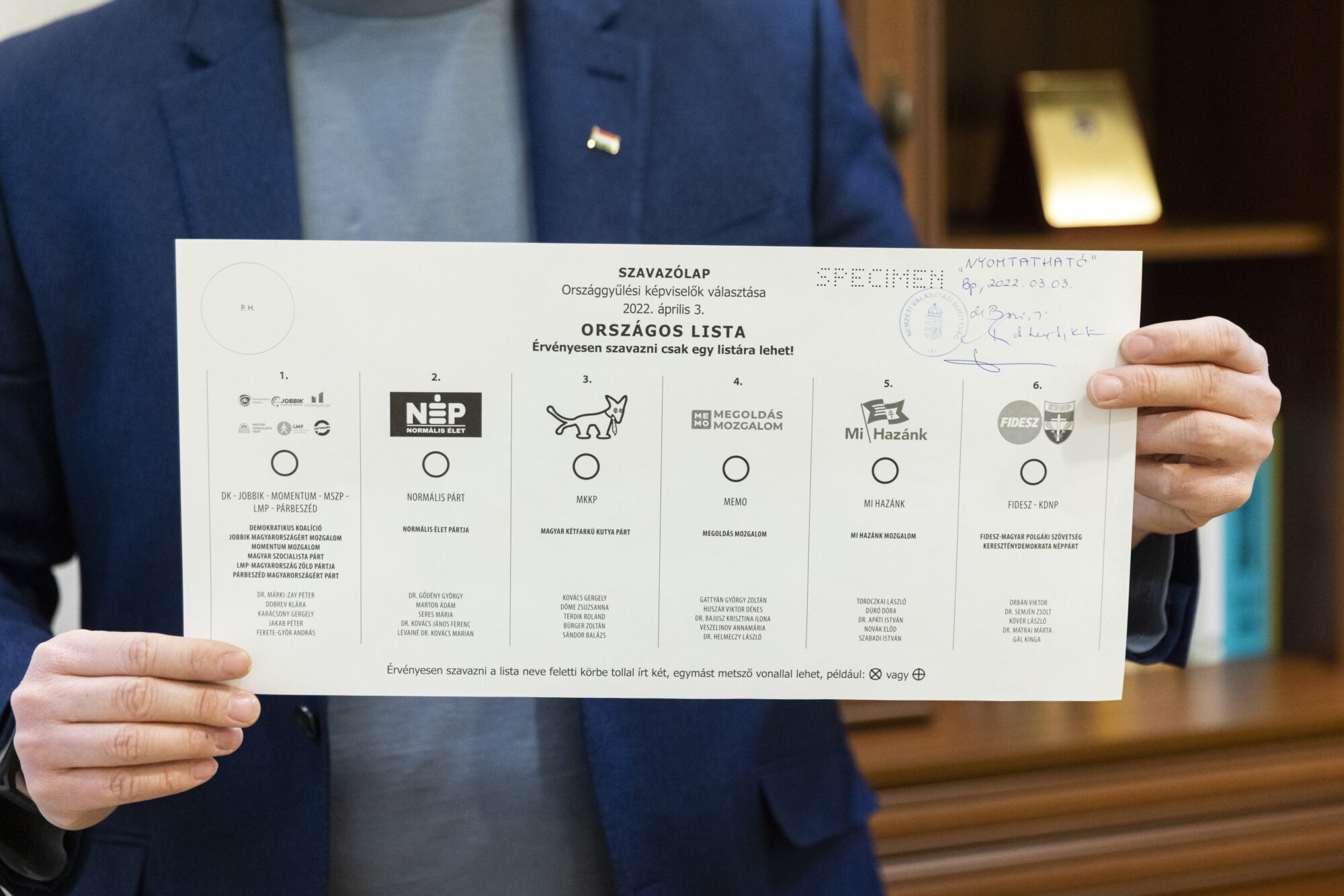 According to a recent survey of the Nézőpont Institute, seven out of ten (70 percent) active voters believe that Fidesz-KDNP will win again in the April elections. It is remarkable that just over a third of opposition voters (37 percent) are confident of a change of government, and the same number of them believe that Fidesz will be re-elected.

With less than three weeks before the elections, the society still lacks confidence in the left-wing coalition to have the capacity to change government. According to a survey of the Nézőpont Institute, seven out of ten (70 percent) active voters expect that the current governing parties will be given the mandate to form a government again in April. The figures are in line with the results of December and January, when 70 and 68 percent of voters thought the same. According to the survey conducted between 7 and 9 March, only 15 percent of active voters believe that the current opposition will win the next parliamentary elections (16 percent in December and 17 percent in January, which means a shift within the margin of error). 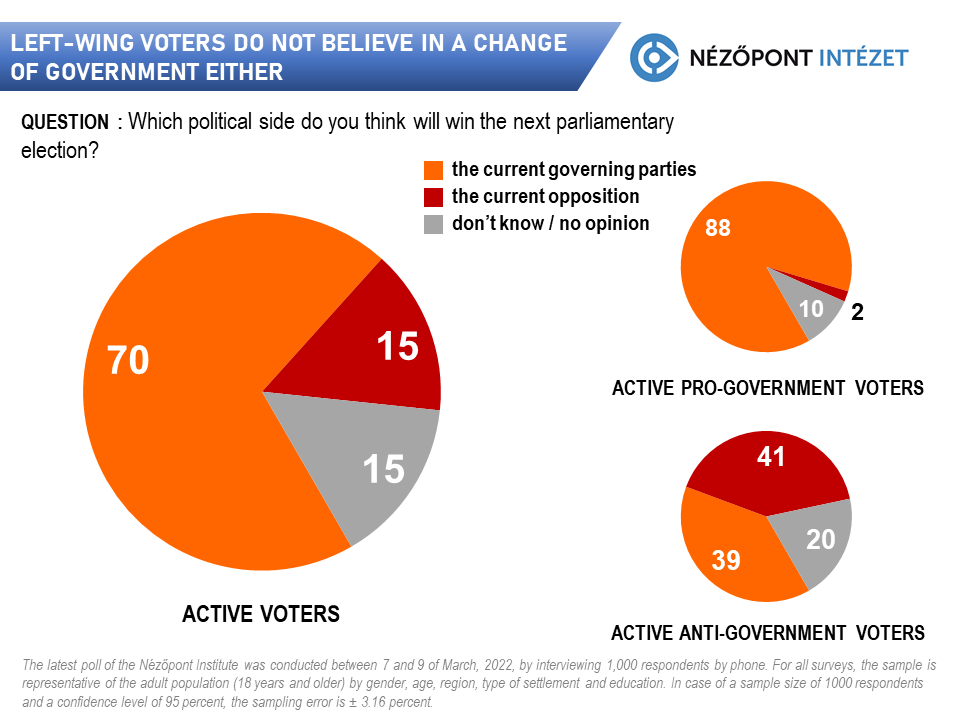 It is not unexpected that 92 percent of pro-government voters have a positive view about the chances of their preferred parties, but it is surprising that the left-wing camp does not trust in the victory of the united opposition. Only 37 percent of opposition voters said that the left-wing would win the parliamentary elections, but exactly the same number of them predicted a Fidesz-KDNP victory. It is important to point out that 42 percent of left-wing voters in January and almost half of them (45 percent) in December were still confident of a government change, which means a negative trend in the expectations of opposition voters for a victory. The picture is further nuanced by the fact that a quarter of left-wing voters (26 percent) could not answer the question about the expected winner, which means that almost two-thirds of the left-wing camp do not believe that the left will win the 2022 election.

The latest poll of the Nézőpont Institute was conducted between 7 and 9 of March, 2022, by interviewing 1,000 respondents by phone. For all surveys, the sample is representative of the adult population (18 years and older) by gender, age, region, type of settlement and education. In case of a sample size of 1000 respondents and a confidence level of 95 percent, the sampling error is ± 3.16 percent.