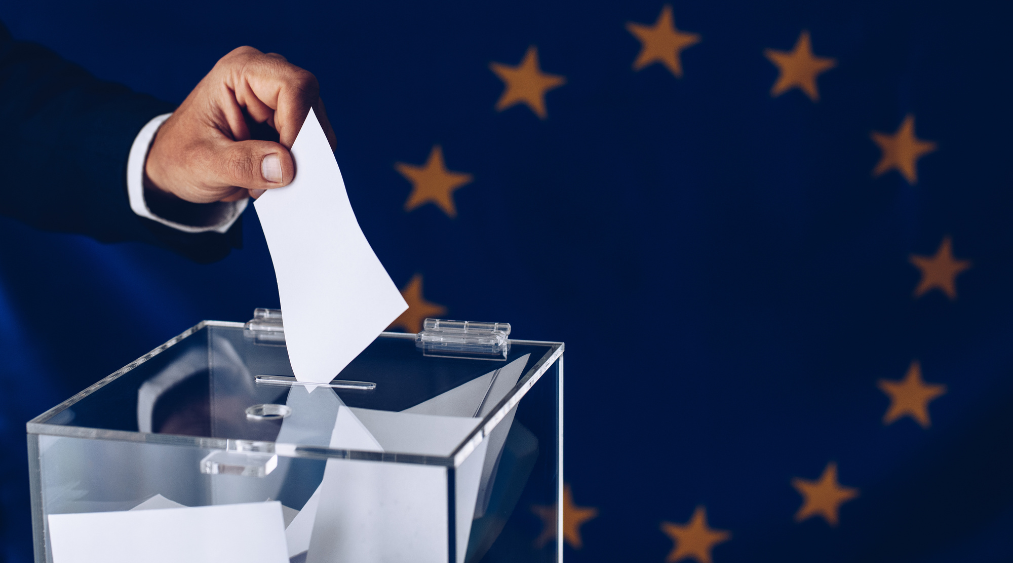 If the EP elections were held this Sunday, the governing party would win 56 percent of the votes, and due to the drop-out of many opposition minor parties, this could even mean up to three quarters of the seats. The domestic balance of political power is essentially unchanged since autumn 2022.

Nearly five hundred days before the 2024 European Parliament and the domestic municipal elections, the key question is how Hungarian parties would perform in the contest. After the knockout in April last year, the opposition has apparently not found itself yet, so in the current situation it is unlikely that they will be able to squeeze the government side.

More than half of the respondents said that they would participate in a hypothetical EP election. Of those, 56 percent would vote for the Fidesz-KDNP joint list, which would correspond to the governing parties’ 2009 top result. DK would come in second with 14 percent, slightly lower than its 2019 result. Momentum would get 6 percent, 4 percentage points lower than in 2019. Mi Hazánk would get 6 percent, the same as Jobbik did four years ago. This would mean 3 seats for DK and 1 seat for Momentum and Mi Hazánk out of the 21 mandates that could be distributed.

Due to the remaining mandates that can be distributed among the four parties above the threshold, Fidesz-KDNP could obtain up to 16 mandates (three more than in 2019), which is more than three quarters of all the mandates. If DK and Momentum could manage to attract voters from the parties below the threshold, this would – of course – also have an impact on the distribution of remaining mandates. In 2019, both parties were successful in attracting left-wing voters; LMP did not even win a seat. Now, however, MSZP, Párbeszéd and LMP are not in a negotiating position either, while Péter Jakab and Péter Márki-Zay would like to get into a bargaining position.

The next five hundred days will certainly bring many twists and turns in the competition and agreements among the parties on the left. However, at the beginning of 2023, the national party preference figures show less dynamics. In each case, the Nézőpont Institute examines the party preferences of Hungarians in a hypothetical “this Sunday” election. Accordingly, the Institute conducts surveys on party preferences among those who are willing to participate in the parliamentary elections (more than 70 percent of all respondents). 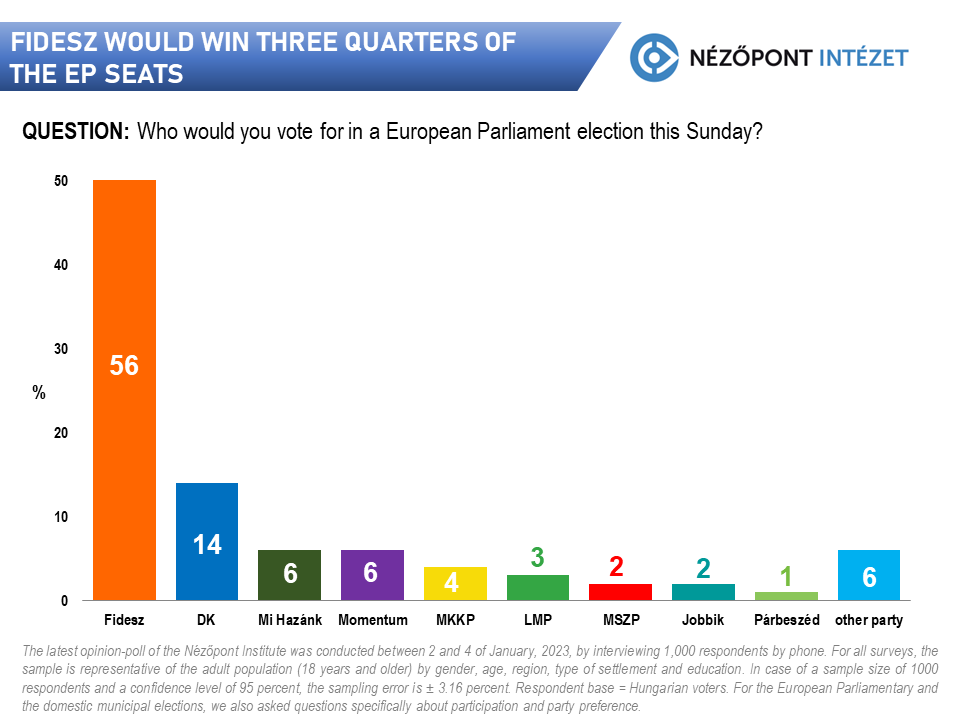 The results show that Fidesz has a stable lead (48 percent) and the Democratic Coalition (7 percent) still maintains its leading position among the former parties of the left-wing coalition. Both parties are at the same level as in August; and both were unable to repeat their October results. Mi Hazánk (5 percent) remains the third strongest party and the second strongest opposition force.

The other left-wing parties have less than half the support as the Gyurcsány party (DK). It is no coincidence that Ferenc Gelencsér, the so far ineffective president of the 3 percent Momentum party, has recommended Anna Donáth – instead of himself – to be the leader of the opposition, while Jobbik, also 3 percent, was reportedly unable to convene a congress in December. The MSZP (1 percent), which a short time ago had the largest national organisational background, has still been unable to reverse its decline, while the LMP (1 percent) has been unable to break out of its vulnerable role as a minor party since last year’s election.

Gergely Karácsony’s communication attempt to rise “above the parties” is understandable as the support of the mayor’s former party, Párbeszéd (0 percent), is still not detectable. At the same time, the support of Jakab’s People’s Party is already measurable (1 percent). The left’s weakness at the beginning of the year is well reflected in the fact that more than half of left-leaning voters are unable to choose a party even nine months after the parliamentary elections. Indeed, the opposition parties of last April’s “joint list” would receive a maximum of 36 percent together, the same as nine months ago. It is also a clear sign of the opposition’s crisis that the Two Tailed Dog party, which regularly criticises the government and also calls for a change of opposition, stands at 4 percent.

The latest opinion-poll of the Nézőpont Institute was conducted between 2 and 4 of January, 2023, by interviewing 1,000 respondents by phone. For all surveys, the sample is representative of the adult population (18 years and older) by gender, age, region, type of settlement and education. In case of a sample size of 1000 respondents and a confidence level of 95 percent, the sampling error is ± 3.16 percent. Respondent base = Hungarian voters. For the European Parliamentary and the domestic municipal elections, we also asked questions specifically about participation and party preference.