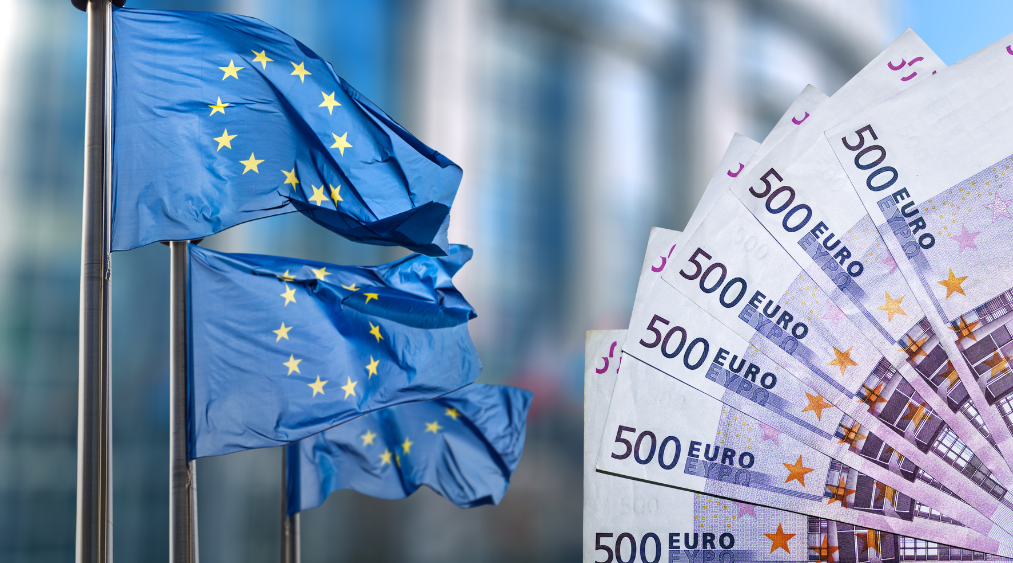 More than half of Hungarians (54 percent) believe that the European Union’s leadership is corrupt, but even a third of government-critical voters (31 percent) are of the same opinion as well. While the European Parliament would withhold EU funds on the grounds of corruption, the biggest corruption scandal in its history is undermining Brussels’ credibility.

The ever-growing corruption scandal in Brussels has been dominating the European political agenda for the last month. Several MEPs and officials from the European left have been accused of being involved in criminal organisations, money laundering and bribery. The police investigation has also revealed the double standards of Brussels, since the European Parliament regularly used corruption accusations to exert political pressure – as also did, among others, those left-wing MEPs now accused of corruption. In this situation, the Nézőpont Institute has conducted a survey to find out what Hungarian voters think about the leadership of the European Union. 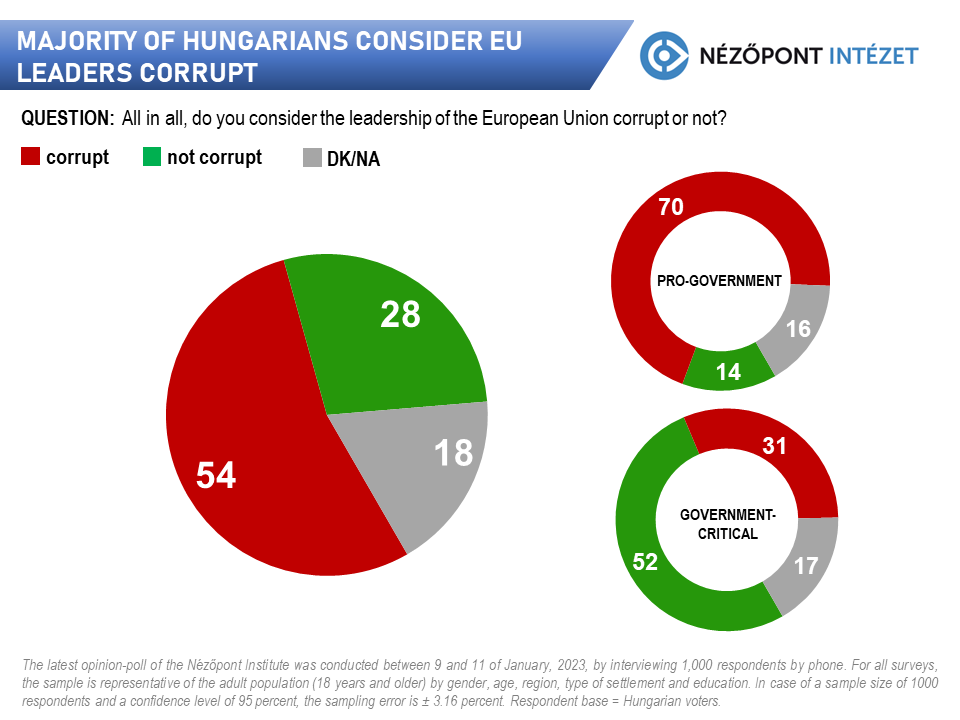 More than half of Hungarians (54 percent) believe that the European Union’s leadership is corrupt, and only half as many (28 percent) think that it is not. Among pro-government voters, a much higher proportion (70 percent) have a negative opinion on Brussels’ politics in this regard, and only 14 percent think that the EU leadership is not corrupt overall. Half of those critical of the government still do not consider the Brussels leaders to be corrupt (52 percent), while the other half of opposition voters are not clearly convinced of their innocence, and about a third (31 percent) also believe that the accusation of corruption is justified.

The latest opinion-poll of the Nézőpont Institute was conducted between 9 and 11 of January, 2023, by interviewing 1,000 respondents by phone. For all surveys, the sample is representative of the adult population (18 years and older) by gender, age, region, type of settlement and education. In case of a sample size of 1000 respondents and a confidence level of 95 percent, the sampling error is ± 3.16 percent. Respondent base = Hungarian voters.