HUNGARIANS ARE AGAINST ENERGY SANCTIONS – Nézőpont Intézet
Skip to content 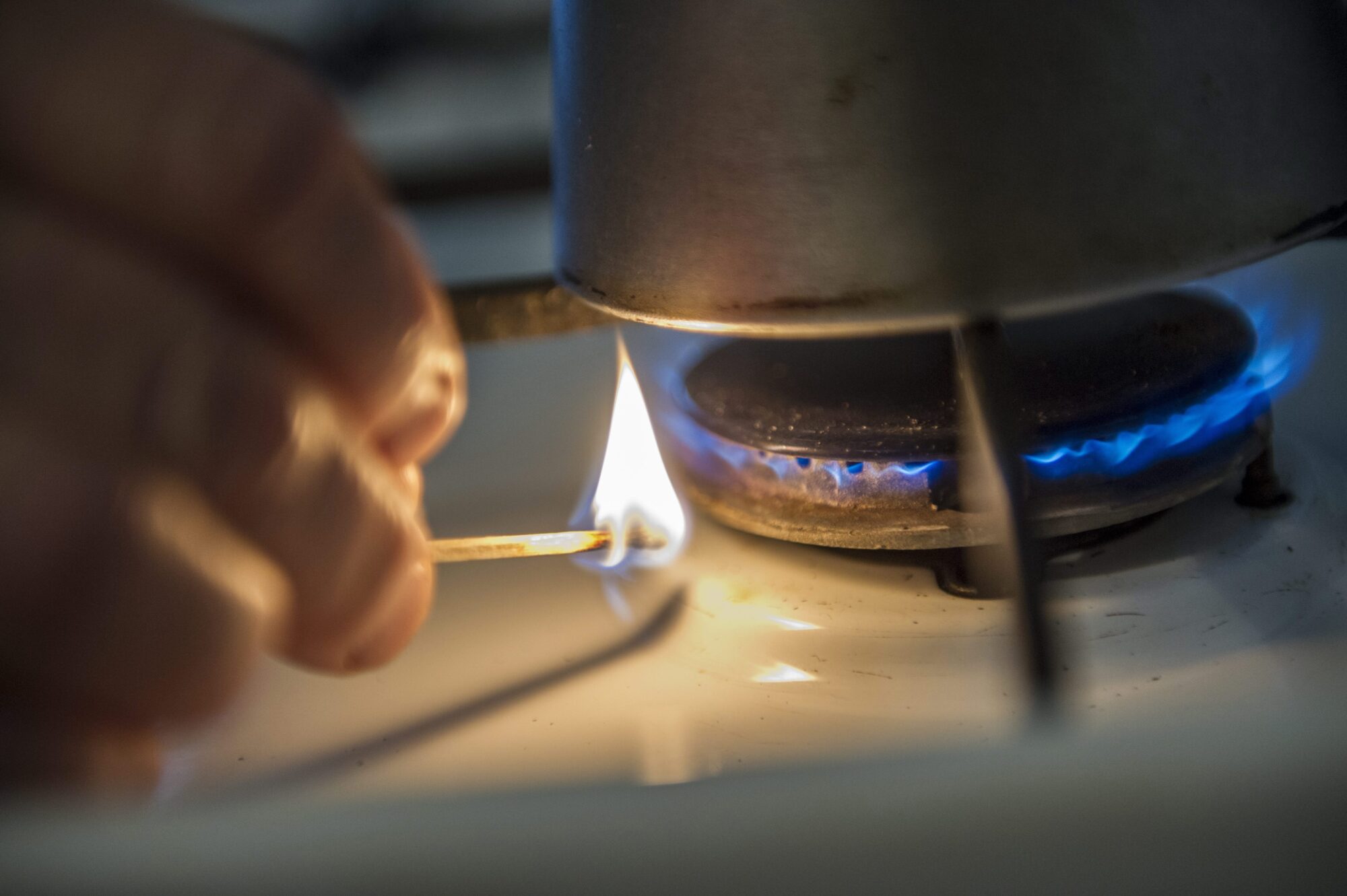 According to the latest research of the Nézőpont Institute, Hungarians believe that energy sanctions are a threat to Europe. A two-thirds majority (66 percent) think that sanctions are hurting Europe more than Russia, and they also disagree with sanctions on the energy market.

In March 2022, EU leaders reached an agreement on sanctions against Russia which did not include energy carriers. Since then, Brussels has already imposed sanctions on Russian crude oil export to Europe, and some people, including George Soros, are backing the idea of a gas embargo. As winter is approaching, the key question is what Hungarians think about this turn in Brussels’ stance.

The vast majority of Hungarian voters believe that the EU’s sanctions policy is ineffective, because Europe suffers its consequences more than Russia. A two-thirds majority of voters (66 percent) agree with the statement that “the sanctions are hurting Europe more than Russia.” Only one fifth of voters (22 percent) said that they did not agree with the statement. 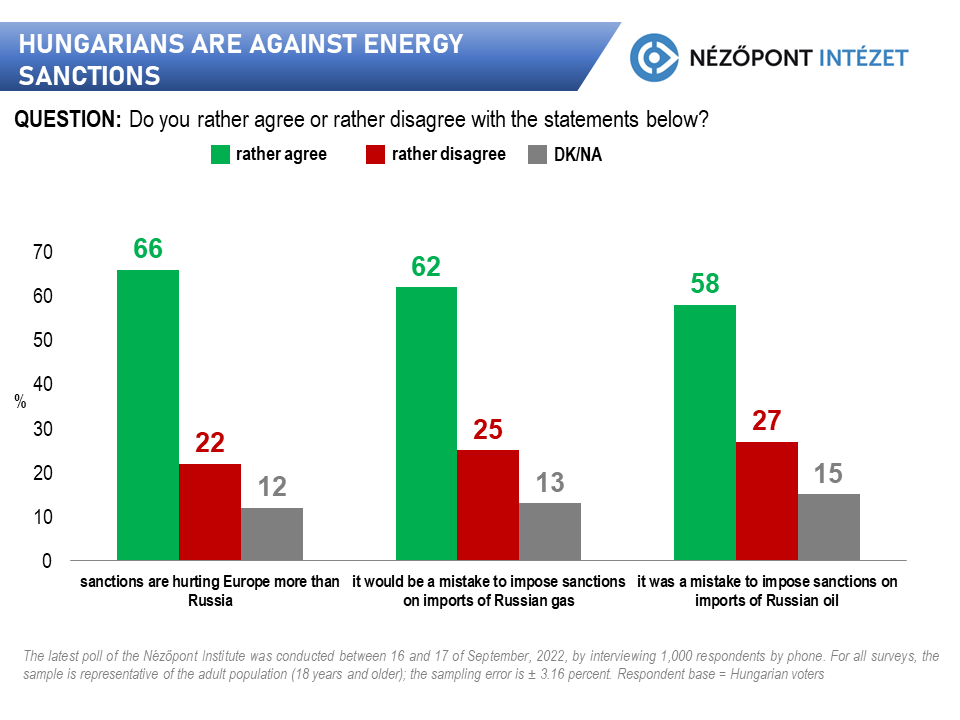 Hungarians have a similarly sharp opinion on the sanctions affecting the energy market. 62 percent of voters agree with the statement that “it would be a mistake to impose sanctions on imports of Russian gas,” while 25 percent would reject the idea. The high proportion of those who disagree is not surprising, since it is a move that threatens the utility cost reduction scheme.

Despite the fact that the Hungarian government has extended the fuel price cap until December 31, the rising fuel prices are being felt in the form of higher general prices. 58 percent of Hungarians disagree with the oil embargo, and only less than half as many (27 percent) support it. Hungarians are actively concerned about the future of sanctions, with a relatively low proportion of those Hungarians (12-15 percent) who are unable to form an opinion on these issues.

The latest poll of the Nézőpont Institute was conducted between 16 and 17 of September, 2022, by interviewing 1,000 respondents by phone. For all surveys, the sample is representative of the adult population (18 years and older); the sampling error is ± 3.16 percent. Respondent base = Hungarian voters.