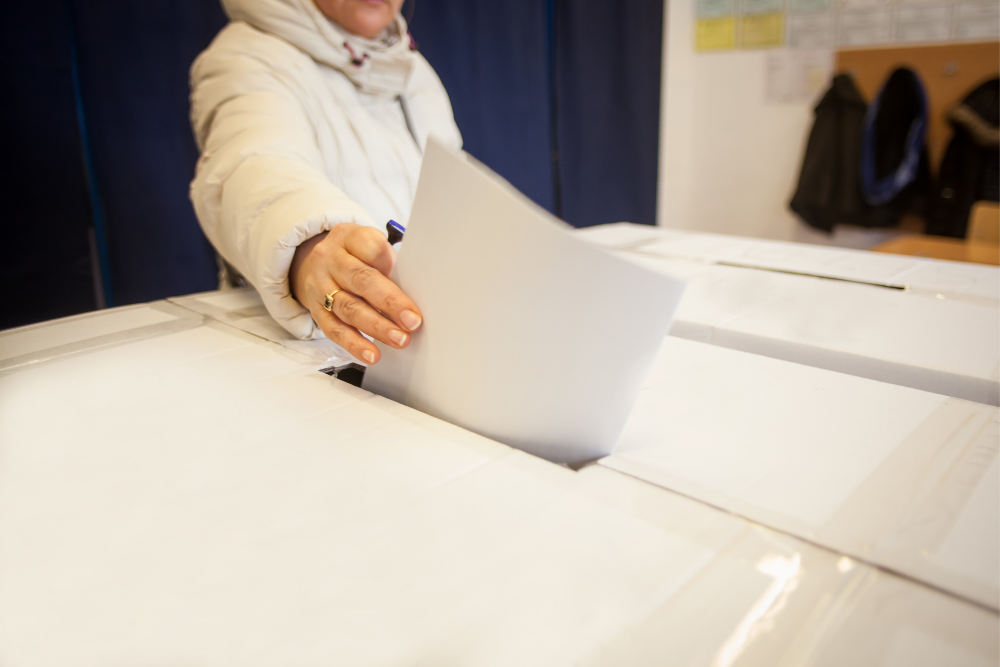 With six weeks to go until the elections, the Hungarian electoral campaign period seems like trench warfare. Nézőpont Institute’s party-list election result estimation appears to be eerily similar to the data published at the beginning of the year. If the elections were held “this Sunday”, the Fidesz-KDNP party list would get every second vote (50%), while the joint left-wing list would receive 43% of the votes. The two small parties around the parliamentary threshold, Our Country and the Two-Tailed Dog Party, would each gain three percent of the votes. The remaining one percent of voters earlier considered as voting for “others” now appear to prefer not just “any other party”; it appears they will help György Gattyán’s party to get more than one percent.

But under the surface an important change can be observed. Back in January, less than a quarter (24%) of left-wing voters were considered to be undecided, but by mid-February, this figure has grown to 40%. This means that four out of 10 supposedly left-wing voters are uncertain. They may look at other parties or may decide to stay at home on election day. The deteriorating results are probably due to the controversial public appearances of the left’s prime ministerial candidate. Instead of explaining these away, a growing portion of left-wing voters chooses hidden support instead of openly stating their stance. 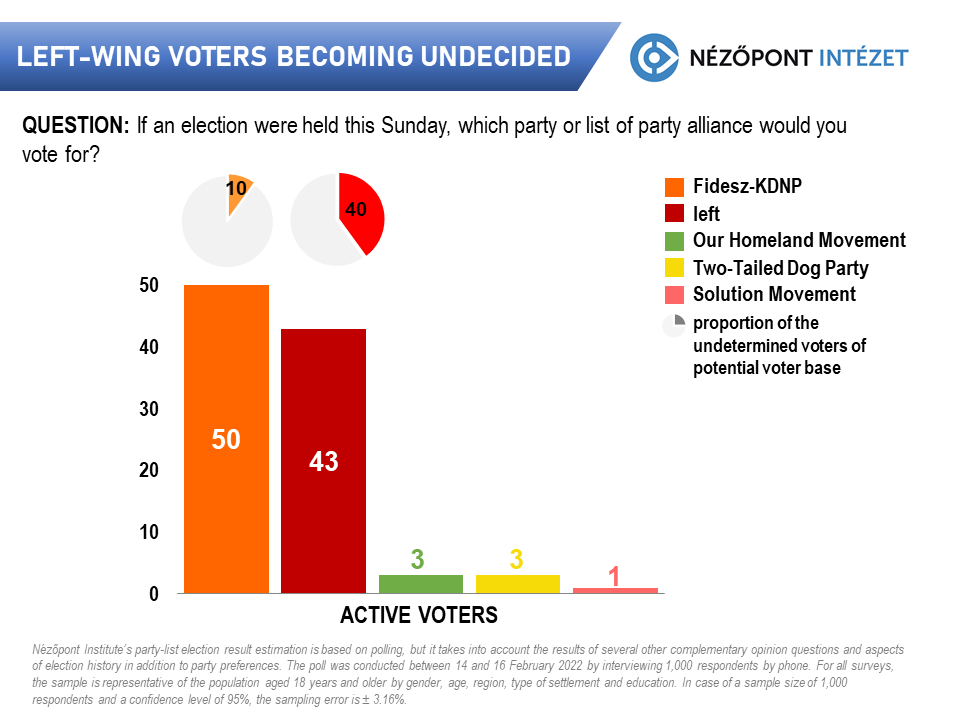 We noted in January that Fidesz voters are committed, and they like not only the ruling party but are satisfied with the government and with the prime minister in particular. Just as back then, Nézőpont today estimates that the most likely party-list election results will be better for the ruling party than in 2018. At the same time the participation of about 10% of Fidesz voters is uncertain. The ruling party can only achieve the expected good results if its mobilisation is successful and if it targets its marginal voters at the right time and with high efficiency.

Although according to the Nézőpont estimation, neither of the two small parties will reach the five percent parliamentary threshold, they both have reserves. In our poll, we asked participants whether they can imagine voting for these parties. The number of those people who will certainly vote for some other party was deducted from the number of participants who said yes to this question. Based on this, it appears that currently Our Country has a higher chance of getting in the parliament as its potential support reaches six percent. In addition to the three percent of the votes the party certainly has, its further potential voters may mostly come from the undecided left, as their doubts have been growing regarding their party sympathies. Half of the current Our Country voters voted for Fidesz in 2018, and the rest were Jobbik voters.

The potential voter base for the Two-Tailed Dog Party is four percent. Its voters are all critical of the government. For this reason, the joke party is a serious threat to the joint left-wing party list. It is unclear whether the fact that the party’s support is below the parliamentary threshold will deter or motivate its current or additional voters.

Nézőpont Institute’s party-list election result estimation is based on polling, but it takes into account the results of several other complementary opinion questions and aspects of election history in addition to party preferences. The poll was conducted between 14 and 16 February 2022 by interviewing 1,000 respondents by phone. For all surveys, the sample is representative of the population aged 18 years and older by gender, age, region, type of settlement and education. In case of a sample size of 1,000 respondents and a confidence level of 95%, the sampling error is ± 3.16%.