MÁRKI-ZAY DOES NOT PULL UPWARDS – Nézőpont Intézet
Skip to content 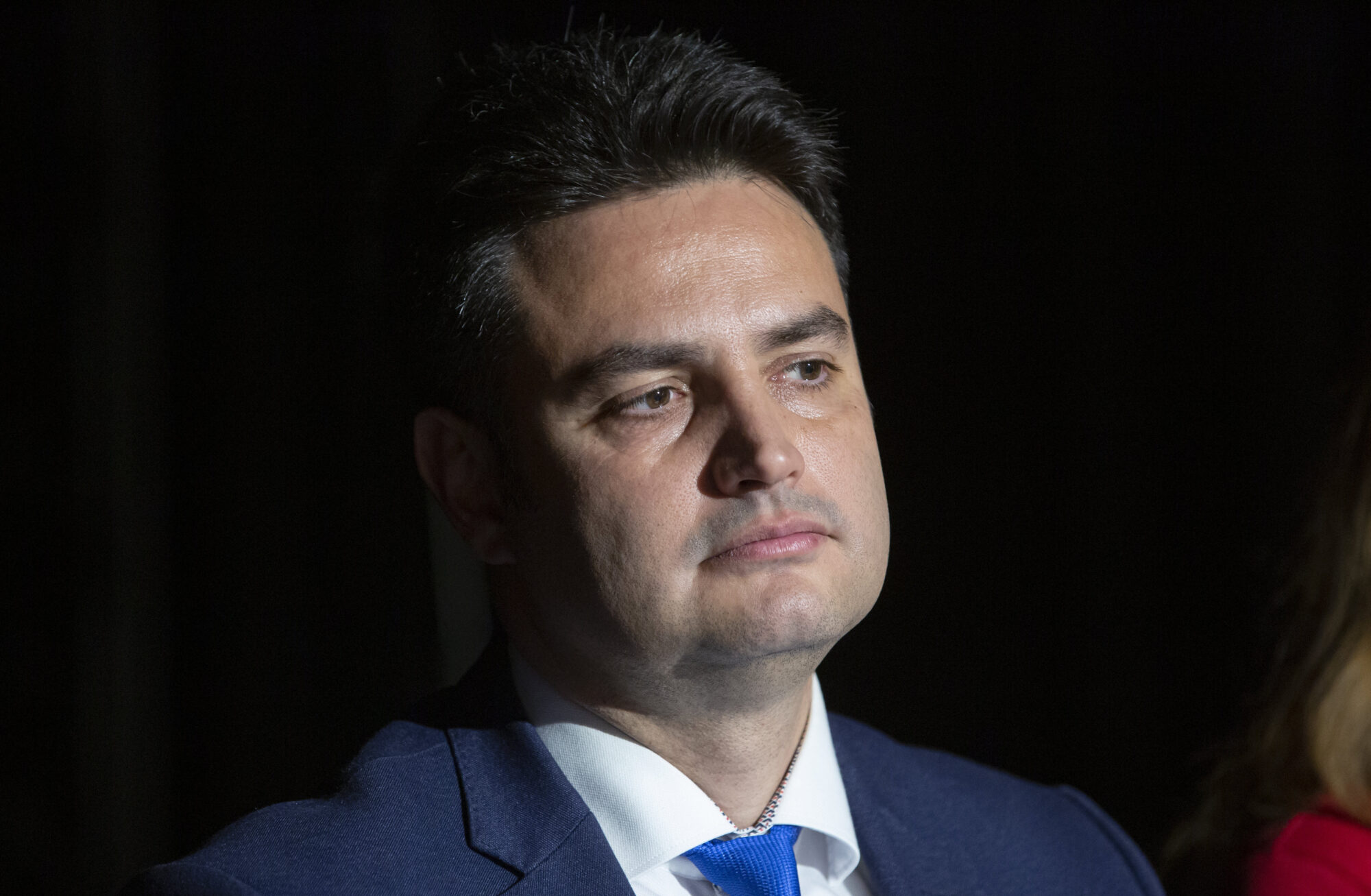 Although the prime minister candidacy of the mayor of Hódmezővásárhely was surrounded by high hopes on the opposition side, the level of support has neither changed for the Fidesz nor the left in the past three weeks. If the election were held today, Fidesz would certainly win.

Many left-wing opinion formers had high hopes for Mark-Zay’s candidacy as prime minister. Some expected him to attract right-wing voters, others to mobilise young voters. However, his pro-migration views and his statements against overhead costs reduction may have discouraged his potential supporters. In fact, after three weeks, the pre-election winner prime minister candidate could not push forward the joint list of the left-wing at all. Despite his big promises, Péter Márki-Zay did not pull “only upwards” the parties that had lifted him up. 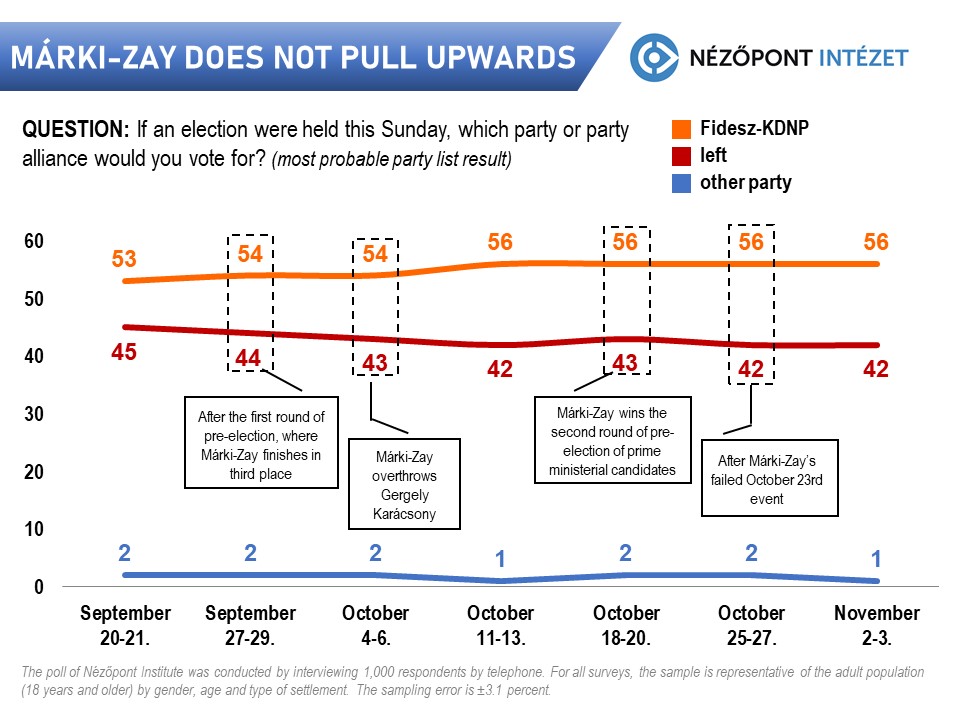 A recent opinion poll conducted by the Nézőpont Institute estimated the most probable party list results: after the first round of the pre-election of left-wing parties, at 54 percent for Fidesz and 44 percent for the left. That was when the mayor of Hódmezővásárhely emerged from third place and became Klára Dobrev’s potential challenger. Despite the left’s spectacular internal struggle, the poll conducted between 4 and 6 October showed no change in party preferences. With Márki-Zay replacing Karácsony, only Fidesz has gained strength, but only within the margin of error. In a survey conducted between 11 and 13 October, the support for the governing party rose from 54 to 56 percent. Although the mayor of Hódmezővásárhely won the second round of the pre-election, this did not result in significant strengthening of the left-wing either. According to a poll conducted between 18 and 20 October, the support for the “joint list” of the left increased slightly from 42 to 43 percent.

In many cases, the arrival of a new person in politics suddenly gives him a lot of attention and sympathy. In such cases, it is the political responsibility of the newcomers to maintain their favourable position at least until the elections. However, in the case of Márki-Zay, we cannot talk about a strong start. The three opinion polls conducted since his election on 16 October show that the position of Fidesz and the left has remained unchanged. According to the polls conducted between 2 and 3 November, Fidesz’s support has remained at 56 percent, while the left-wing’s support is estimated at 42 percent. So if the miracle on the left fails, the left’s anticipated confidence in Péter Márki-Zay may also fade away.

The poll of Nézőpont Institute was conducted by interviewing 1,000 respondents by telephone. For all surveys, the sample is representative of the adult population (18 years and older) by gender, age and type of settlement. The sampling error is ±3.16 percent.