KARÁCSONY WAS BETTER THAN MÁRKI-ZAY – Nézőpont Intézet
Skip to content 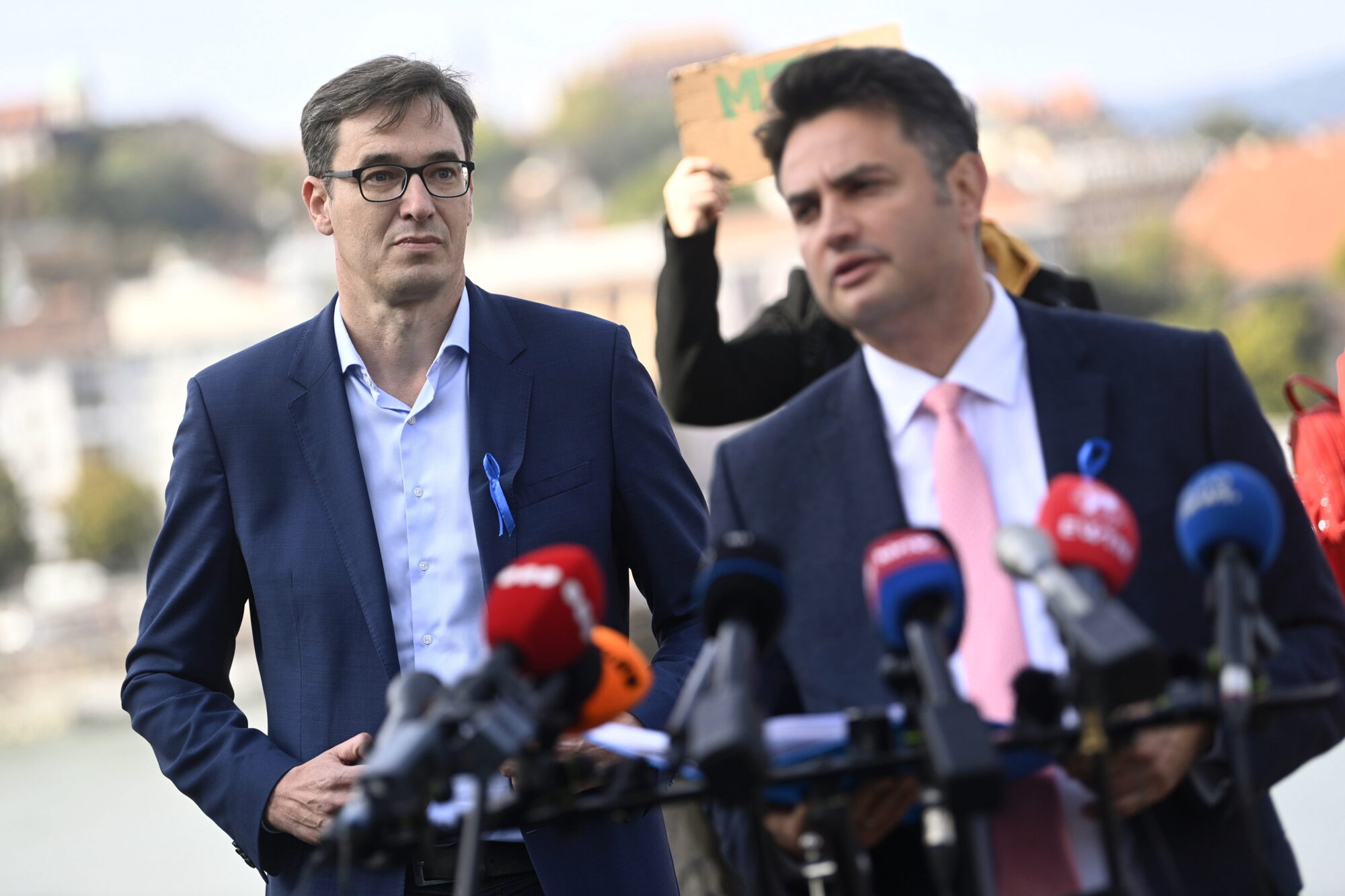 The mayor of Hódmezővásárhely was chosen as the candidate for prime minister by the left-wing voters because they saw in him the chance of winning the election. However, according to a recent survey by the Nézőpont Institute, the level of support for Karácsony has moved closer, although only marginally, to Orbán than of Márki-Zay.

The mayor launched his pre-election campaign in mid-May, which couldn’t even really mobilise the core voters of the left. His lack of English language skills, the uncertainties surrounding his doctorate and university position, and the traffic jams in the capital made it difficult for him even to launch his campaign. According to the trend data published by the Nézőpont Intézet in early August, the popularity gap between the incumbent Prime Minister Viktor Orbán (49 percent) and Gergely Karácsony (21 percent) narrowed to 28 percentage points by the end of May, with an additional 19 percent of voters who did not support either candidate (presumably supporters of the other prime ministerial candidates). Due to the mayor’s poor campaign, the gap between the two candidates widened to 40 percentage points by August. 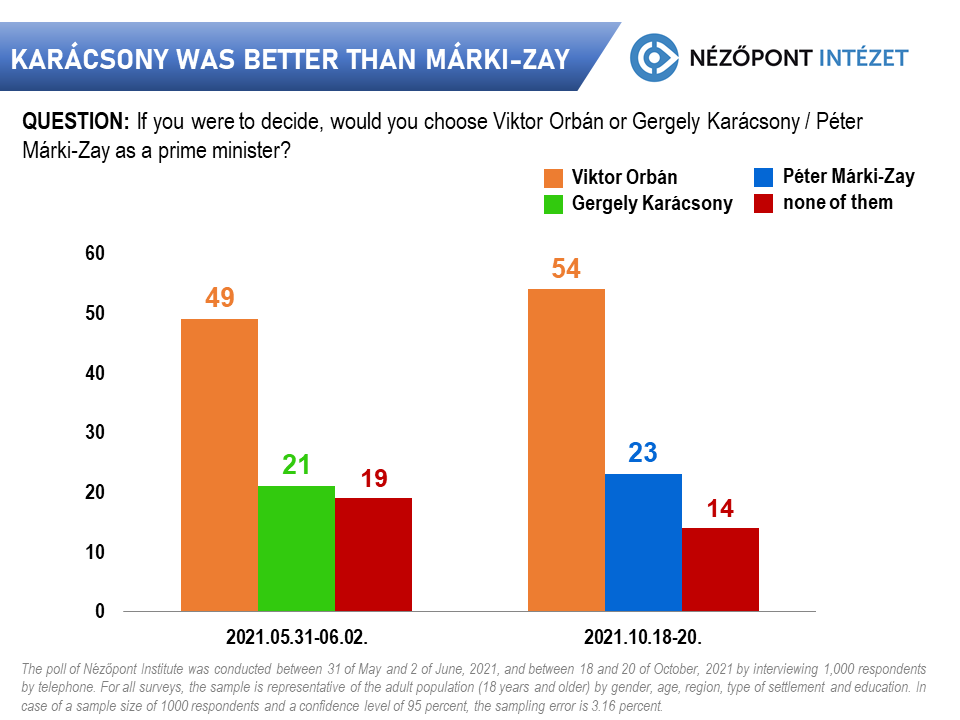 According to the Nézőpont survey conducted after the second round of the left-wing pre-election, Márki-Zay could not approach more the level of support of the incumbent prime minister than Karácsony. The difference in popularity between them was 3 percentage points more than in the case of Karácsony: 31 percentage points. For the question “if you could decide” who you would choose as prime minister between Orbán and Márki-Zay, last week 54 percent of adult Hungarians indicated the incumbent and 23 percent the aspiring prime minister. A further 14 percent would not elect either prime minister. However, there is a significant difference between the position of Karácsony in the early summer and that of Márki-Zay in the early autumn: since then it seems to have been decided who will be the left’s candidate for prime minister. Although Márki-Zay was more popular than Karácsony after the pre-election, the selection of candidates mobilised Viktor Orbán’s camp even more.

The limits of mobilising power of the left-wing candidates are clearly noticeable in each age group. Among young people under the age of 30, who are presumably opposition voters, the proportion of those supporting Márki-Zay against Orbán (29 percent) is higher than that of Karácsony (21 percent). In this age group, against both challengers, Orbán received 39 and 38 percent respectively. At the same time, in the age group over 60 years, which is more important for the outcome of the election due to its activity and population, both candidates received only 22 percent support, but Orbán received 61 percent against Márki-Zay and “only” 55 percent against Karácsony (13 percent and 14 percent of the age group supported other candidates).

So at the beginning of his pre-election campaign, Gergely Karácsony came closer to defeating Viktor Orbán than now Péter Márki-Zay, although this closeness still represents a great distance. In any case, after the thrill of victory in the pre-election, the mayor of Hódmezővásárhely may wake up disappointed if it turns out that that there is no chance of his election victory.

The poll of Nézőpont Institute was conducted between 31 of May and 2 of June, 2021, and between 18 and 20 of October, 2021 by interviewing 1,000 respondents by telephone. For all surveys, the sample is representative of the adult population (18 years and older) by gender, age, region, type of settlement and education. In case of a sample size of 1000 respondents and a confidence level of 95 percent, the sampling error is 3.16 percent.