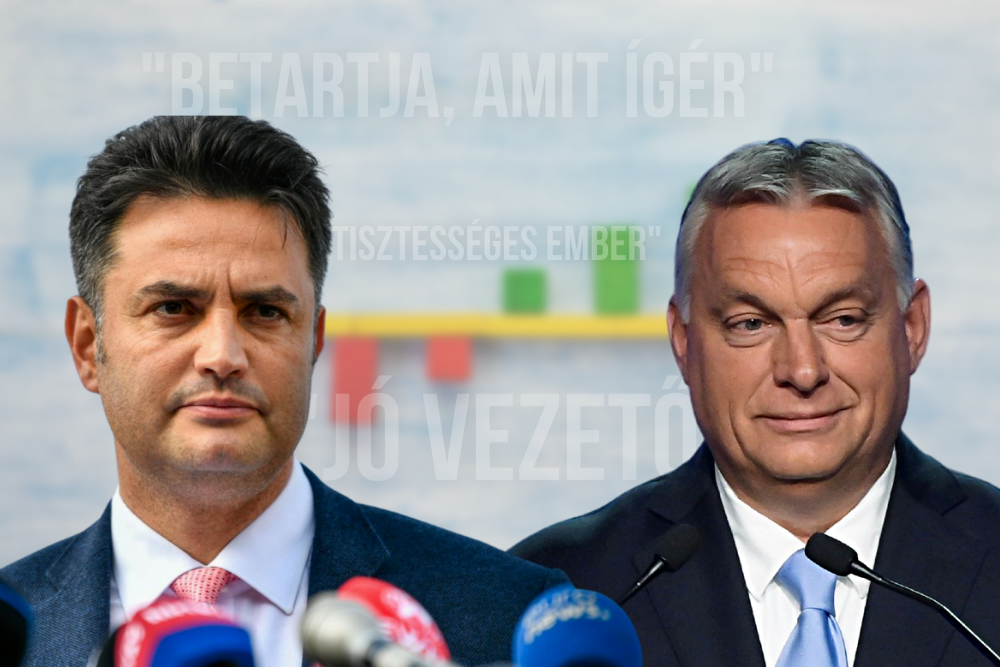 According to active voters, Viktor Orbán is a more trustworthy, better and fairer leader than Péter Márki-Zay, a recent survey of the Nézőpont Institute reveals. The Institute’s latest opinion poll made comparison between the current prime minister and his left-wing challenger on three characteristics. In each of these aspects, politically active Hungarians have a more positive opinion of Viktor Orbán than of the left’s joint candidate for prime minister.

In their recent poll, the Nézőpont Institute asked respondents to what extent they consider true the following statements regarding Viktor Orbán and Péter Márki-Zay: “Does he keep his promises?”, “Is he a good leader?” and “Is he a decent person?”.

Six out of ten (58 percent) voters believe that Viktor Orbán keeps his promises, and only less than a third (31 percent) think that this is not true. Péter Márki-Zay’s rating is significantly lower: only one in five (19 percent) voters believe that the left-wing candidate for prime minister keeps his promises, while 35 percent think he does not. Almost half of the respondents (46 percent) could not judge Péter Márki-Zay’s trustworthiness. It is interesting to note that only 38 percent of left-wing voters consider Péter Márki-Zay to be trustworthy, while 93 percent of Fidesz voters think the same of Viktor Orbán. 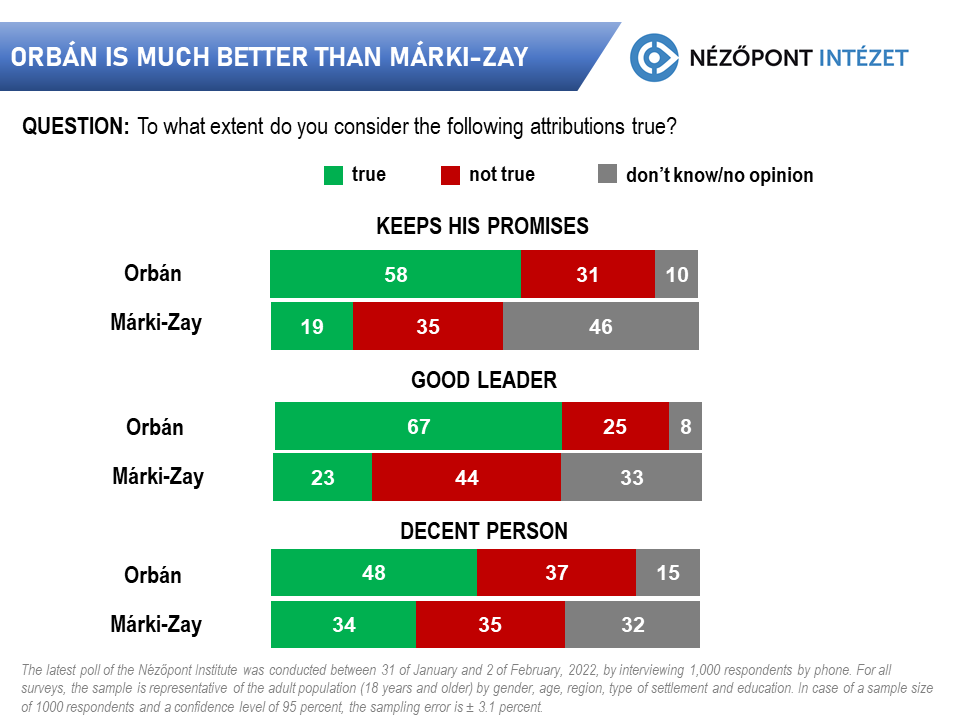 Two thirds (67 percent) of politically active voters believe that Viktor Orbán is a good leader, and only one in four (25 percent) active voters think he is not. On the other hand, almost half of the active Hungarians (44 percent) consider Péter Márki Zay as a bad leader, only a quarter (23 percent) consider him a good leader, and 33 percent are undecided on the question. It is less surprising that 96 percent of Fidesz voters consider Viktor Orbán a good leader, but it is more thought-provoking that more than a third of left-wing voters (36 percent) also think so. Only 45 percent of left-wing voters think that the opposition prime minister-designate is a “good leader” (14 percent think he is not), with a further 42 percent saying they could not judge it. A prime minister-designate who is not considered to be a good leader even by his own voters inevitably has difficulties in mobilising and increasing his voter base.

The analysis of the image research clarifies that in each of the above analysed aspects politically active Hungarians have a more positive opinion of Prime Minister Viktor Orbán than of the common candidate of the left. In the case of Péter Márki-Zay, the high number of undecided answers reveals the politician’s low profile and the uncertainty of his potential supporters.

The latest poll of the Nézőpont Institute was conducted between 31 of January and 2 of February, 2022, by interviewing 1,000 respondents by phone. For all surveys, the sample is representative of the adult population (18 years and older) by gender, age, region, type of settlement and education. In case of a sample size of 1000 respondents and a confidence level of 95 percent, the sampling error is ± 3.16 percent.