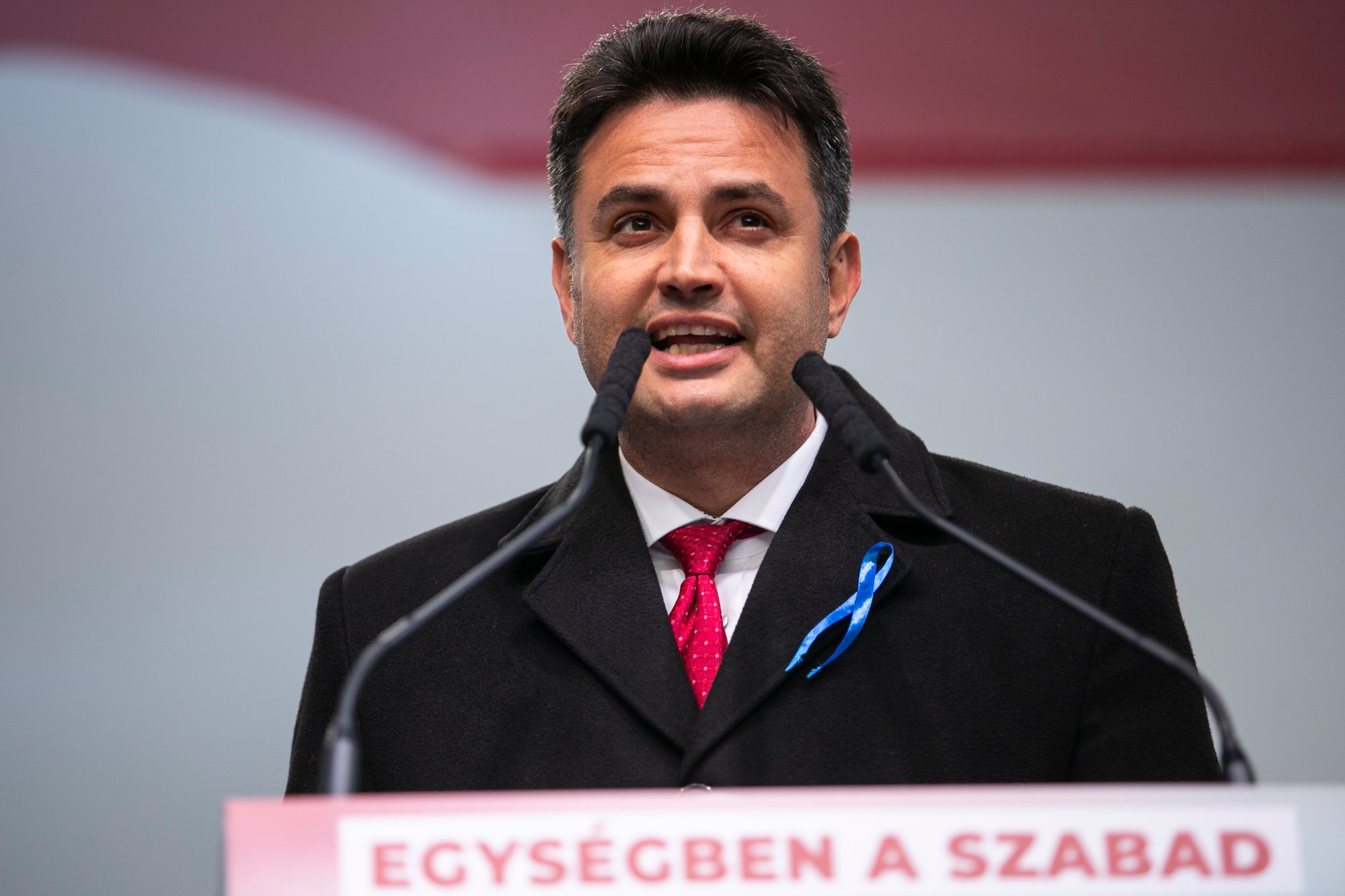 A recent survey by the Nézőpont Institute reveals that according to the vast majority of Hungarian voters, healthcare is not a business, statistics on Roma people should not be kept, and the current measures of overhead reduction are appropriate. The details of the survey also reveal that even the absolute majority of left-wing voters do not agree with Péter Márki-Zay’s criticism against overhead cuts and his ideas on healthcare reform.

65 days before the parliamentary elections, the Nézőpont Institute has examined the public’s opinion on Péter Márki-Zay’s best-known campaign slogans. In the survey, respondents were asked whether they “tend to agree” or “tend to disagree” with the content of four of Péter Márki-Zay’s campaign slogans. In order to allow respondents to form their opinion on the content of the ideas rather than the person itself, the name of Péter Márki-Zay was not mentioned in the questions. The original sentences have only been shortened for the sake of clarity purposes, but their essential content has not been changed. 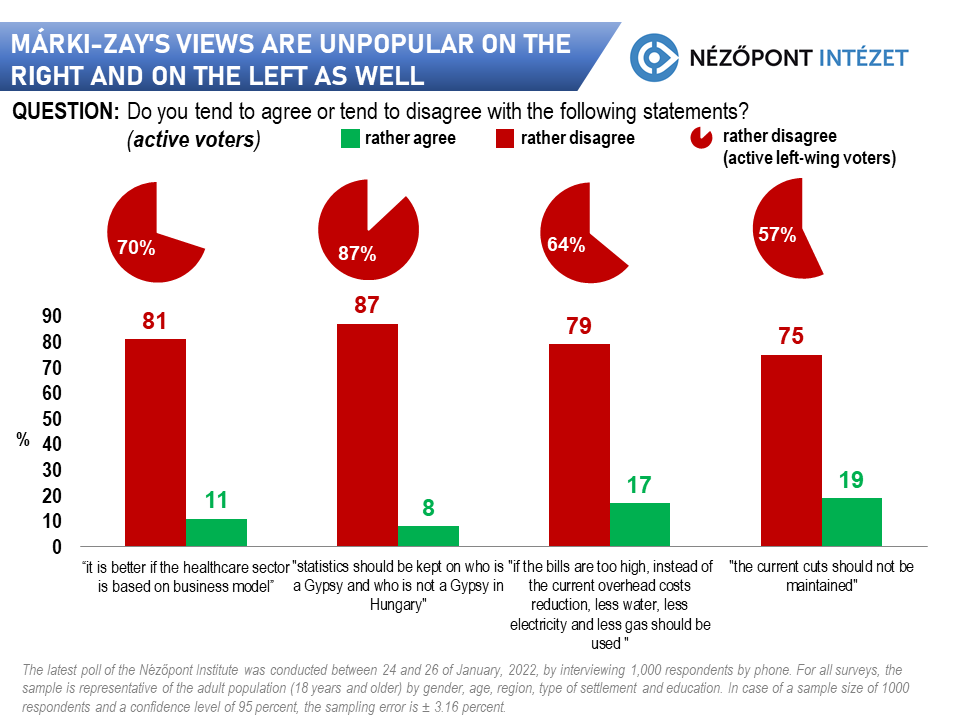 When asked whether “the current cuts should not be maintained”[1], three quarters of respondents (75 percent) rather disagreed, and only one in five (19 percent) shared the same opinion as Péter Márki-Zay. It is revealing that six out of ten left-wing voters (57 percent) disagree with the left’s prime ministerial candidate on the issue (33 percent agree). Among Fidesz voters, 91 percent reject the statement (7 percent agree).

Four-fifths (79 percent) of active voters disagree with the statement that “if the bills are too high, instead of the current overhead costs reduction, less water, less electricity and less gas should be used “[2], while only 17 percent of voters agree. 64 percent of left-wing voters do not share the opinion of the mayor of Hódmezővásárhely (28 percent agree). Nine out of ten (91 percent) pro-government voters also disagree (7 percent agree).

Nine out of ten (87 percent) respondents also disagree on the statement that “statistics should be kept on who is a Gypsy and who is not a Gypsy in Hungary”[3] (8 percent agree). There is a strong unity between pro- and anti-government voters regarding this issue: 87-87 percent of both left-wing and right-wing voters reject the statement (8 and 9 percent agree).

Four-fifths of active voters (81 percent) disagree with the statement that “it is better if the healthcare sector is based on business model” [4] (11 percent agree). Seven out of ten (70 percent) left-wing voters also disagree with Péter Márki-Zay’s statement, and only 17 percent said that they agree. 90 percent of pro-government voters also reject the statement (6 percent agree).

The latest poll of the Nézőpont Institute was conducted between 24 and 26 of January, 2022, by interviewing 1,000 respondents by phone. For all surveys, the sample is representative of the adult population (18 years and older) by gender, age, region, type of settlement and education. In case of a sample size of 1000 respondents and a confidence level of 95 percent, the sampling error is ± 3.16 percent.

[3] “It would be absolutely not demonic to keep statistics on who is a gypsy and who is not a gypsy.” (1 Magyarország Kezdeményezés Fórum, 17 September 2021.)

[4] “It would be hypocritical to say that healthcare is not a business. Honestly, I’m more comfortable if healthcare is a business than if it’s not.” (Második Reformkor interview, 13 June 2021.)