THE ADVANTAGE OF FIDESZ INCREASES – Nézőpont Intézet
Skip to content 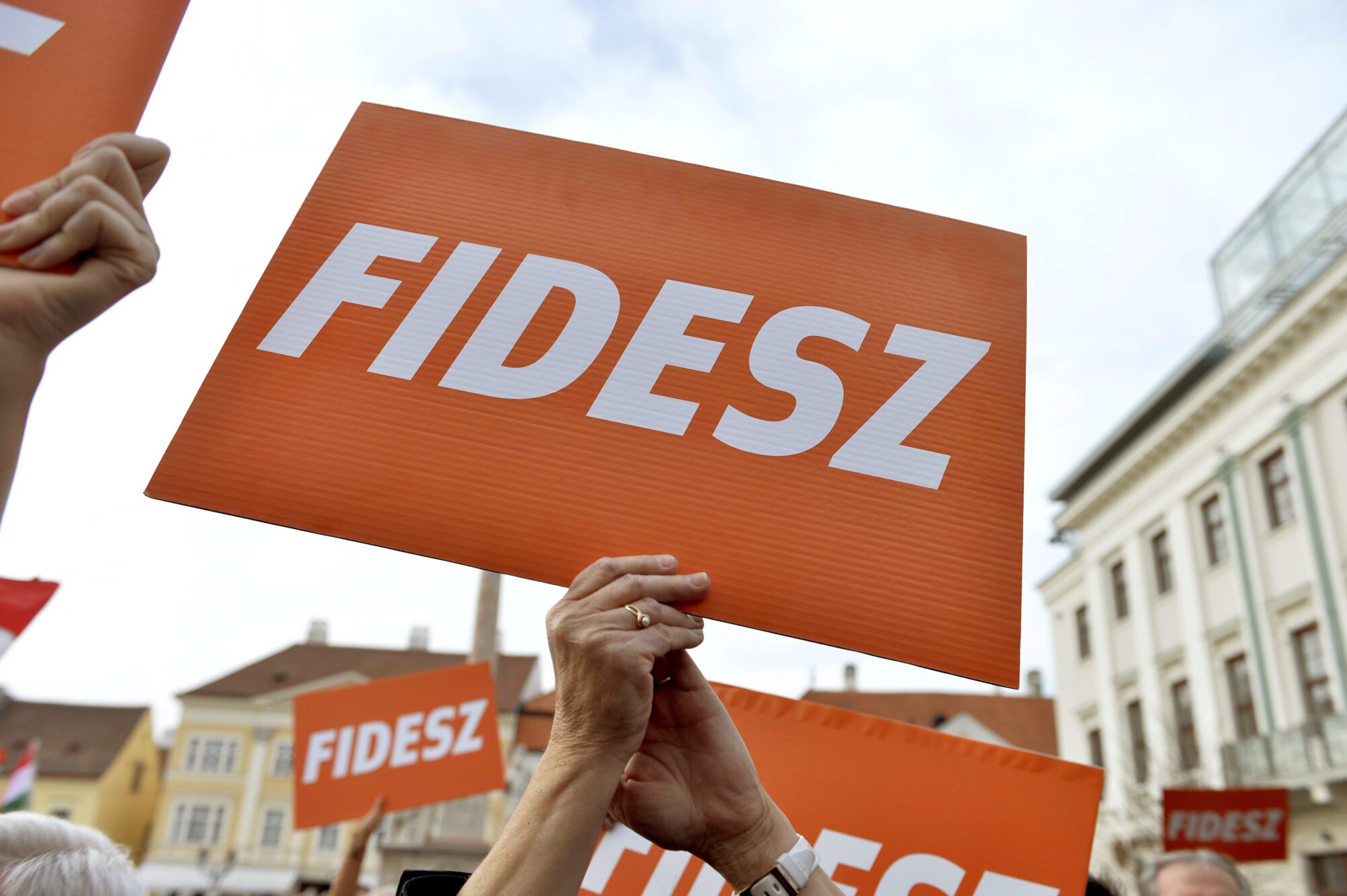 According to last week’s nationally representative poll conducted by Nézőpont Institute, the advantage of the ruling party (40 percent) over the left (34 percent) has increased to six percentage points. The strengthening could be explained by the success of the vaccination program. 58 percent of Hungarians are satisfied with the work of the Prime Minister with respect to the defence against the pandemic. 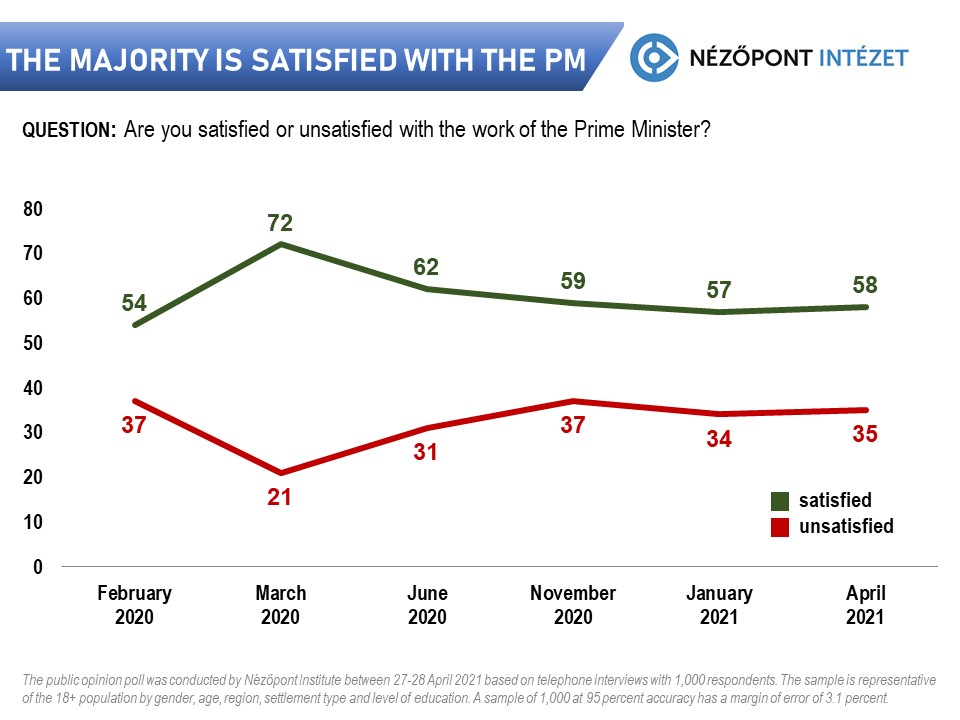 Six out of ten adult Hungarians (58 percent) are satisfied with the work of the prime minister, and only one in three (35 percent) is critical of him. After such a long year of fight against the coronavirus, only a few European countries have realized similarly high satisfaction rate. The increasing willingness to vaccination in the spring of 2021, the success of vaccine procurement, and the outstanding vaccination rate may explain the high satisfaction index. The satisfaction with the work of Viktor Orbán has even increased (by 4 percentage points) compared to the data before the pandemic, although the peak value of last spring (72 percent) can hardly be repeated. 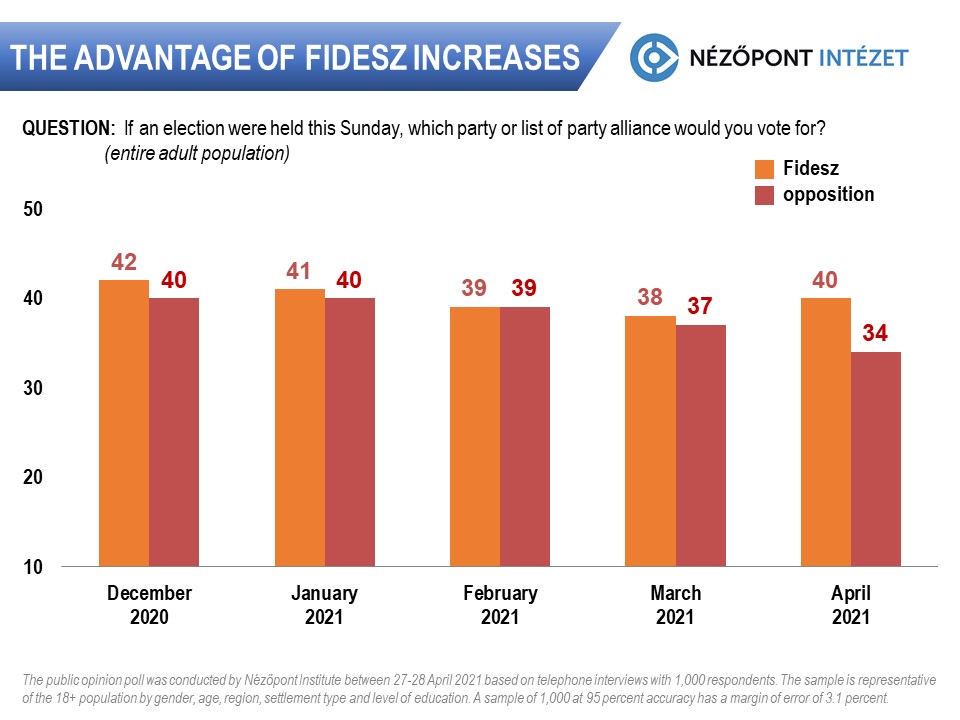