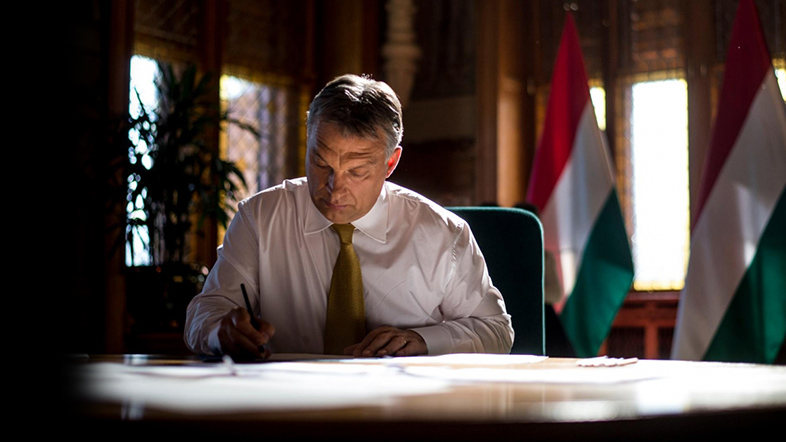 59 percent of Hungarians said in the tenth month of the fight against the coronavirus and with roughly five hundred days to go until the parliamentary elections that they were “rather satisfied” with Viktor Orbán’s performance. Nézőpont Intézet has not registered such high figures before: the sum of positive responses to the question, polled regularly at the end of the year since 2013, has never been higher, even at the time when protective measures against the migration crisis were introduced.

The Hungarian parliamentary elections  are likely to take place in about five hundred days, should President János Áder select Palm Sunday in 2022, it being the closest date to the day of the 2018 election. The parliamentary election also includes the prime ministerial election, which is why satisfaction with the incumbent prime minister’s performance is an important factor. At the end of 2020, 59 percent of Hungarians of voting age indicated that they were satisfied with Viktor Orbán’s performance, making the task of launching a left-wing prime ministerial candidate difficult.

Satisfaction data measured in the tenth month of the coronavirus crisis are outstandingly high with no similar values seen in the end-of- year surveys of the past decade. At the end of 2013 a large number of people, about half of the Hungarians (49 percent), were satisfied with the prime minister’s performance. It came as no surprise when Fidesz-KDNP was able to celebrate a two-thirds victory in the following year. At the end of 2014 the political agenda was dominated by the opposition with the internet tax and public demonstrations against it featuring most heavily in the media. This also contributed to satisfaction with the Prime Minister’s performance standing at only 39 percent at end of November 2014. The low point was followed by a new peak: the PM’s response to the migration crisis was supported by the vast majority of society and so the rate of satisfaction with his performance was already exceeding 50 percent by the end of 2015 (53 percent). A year later the satisfaction rate was similar to that at the end of 2014 (40 percent) but by the end of the year before the elections it improved again (50 percent). The high satisfaction rate at the start of the campaign played a key role in obtaining the third two-thirds mandate in 2018.

Satisfaction with the Prime Minister’s performance has further increased since 2018. At the end of last year 52 percent while this November 59 percent of adult Hungarians gave positive feedback on Viktor Orbán’s performance. This, of course, is also reflective of the coronavirus epidemic and the effectiveness of virus control. As a matter of fact, during the first wave of the epidemic the satisfaction index for the head of government exceeded even the current figures. Since then we have seen a return to party preferences, although the 59 percent satisfaction level of the Hungarian public far exceeds the popularity of Fidesz-KDNP and the projected election results. It is no wonder  that finding Viktor Orbán’s challenger presents the Left with such difficulty in addition to their internal conflicts.

The poll was conducted by Nézőpont Intézet between 24-25 November 2020 based on telephone interviews with 1 000 respondents. The sample is representative of the 18+ population by gender, age, region, type of settlement and educational attainment. A sample of  1 000 at  95 percent accuracy has a margin of error of 3.16 percent.