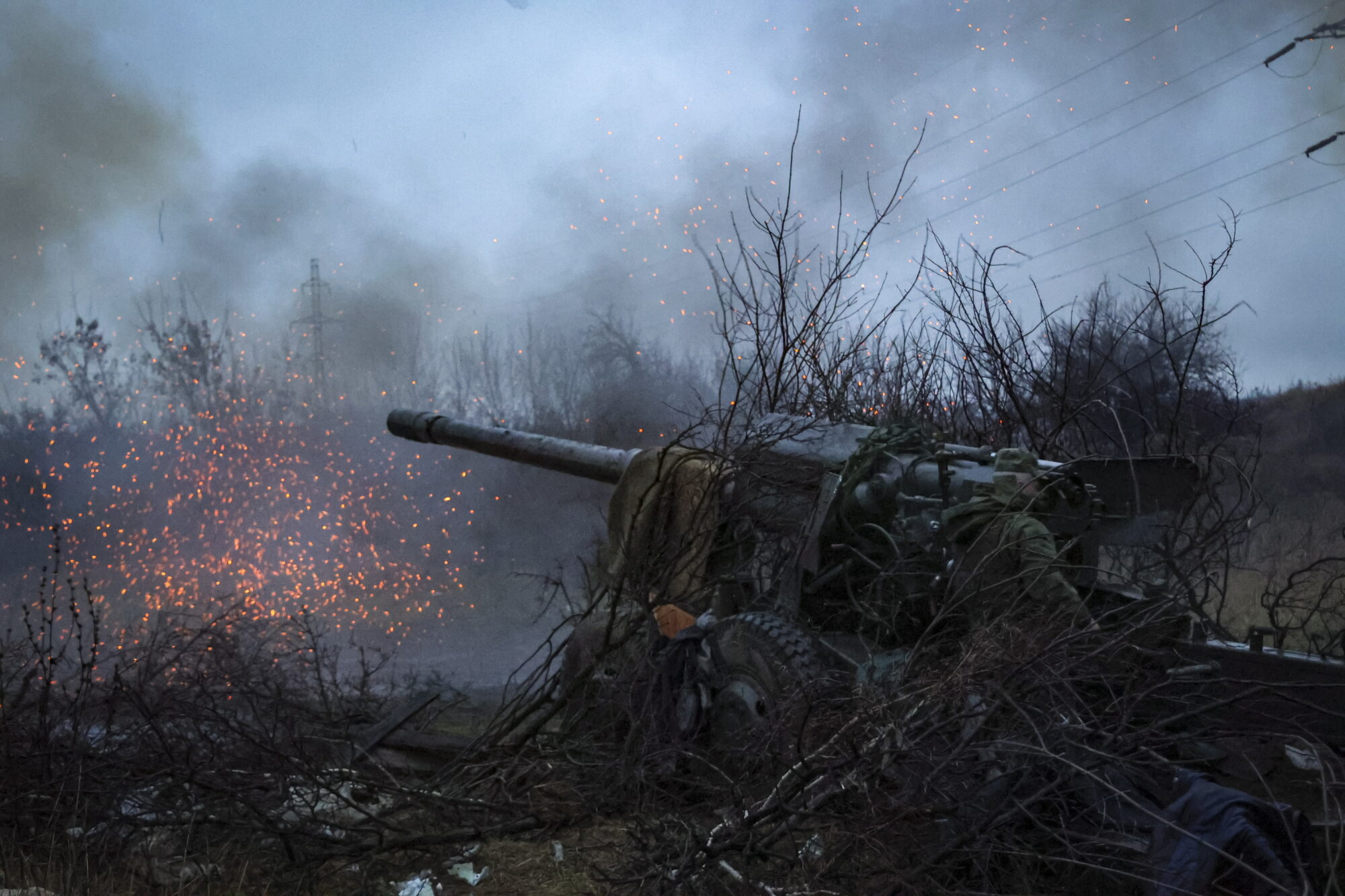 According to a recent survey conducted by the Nézőpont Institute, the vast majority of Hungarians (70 percent) believe that, rather than the continuation of the war, peace talks would best serve Ukraine’s interest. Regardless of political preferences, the majority in all social groups believes that the start of peace talks would serve Ukraine’s interests.

While a loud part of the Western world argues for the continuation of economic warfare and the financing of militarisation, the sober half of the world is calling for an immediate ceasefire and the start of peace negotiations. The latter would mean a peaceful way to resolve the conflict, not the acceptance of the recent status quo. Since many people pay the price of the war, but it is clearly the Ukrainians who suffer the most, the Nézőpont Institute surveyed what Hungarian think about the interests of Ukraine in the shadow of the war. The research sought to answer the question of whether it would be in Ukraine’s interest to negotiate for peace or to continue the war, a question that did not refer to concessions to be made by either the Ukrainians or the Russians. 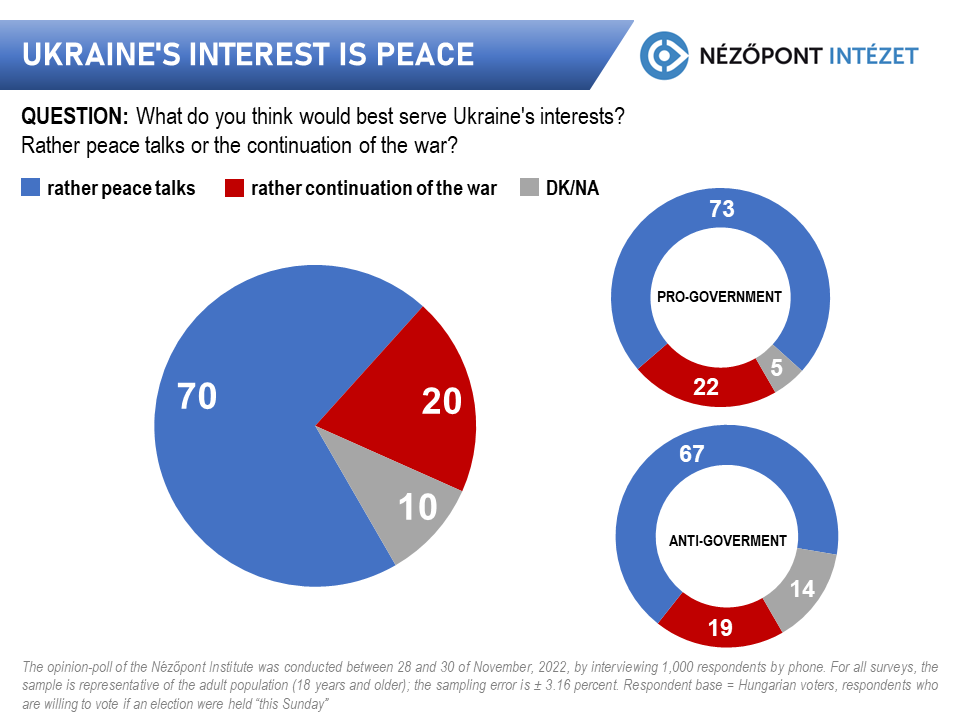 According to seven out of ten (70 percent) respondents, Ukraine should rather urge to start peace talks, while only one in five Hungarians (20 percent) believes that the continuation of the war is in Ukraine’s interest. A less ordinary, but yet more important conclusion is that the opinion of Hungarians on the issue is not influenced by political preferences. Nearly similar proportions of pro- and anti-government voters (73 and 69 percent) believe that peace negotiations would be in Ukraine’s interest, while pro-war position is in minority in both camps (22 and 16 percent).

There is a national consensus on the need for peace. Not only the age group over 70 with the most life experience (84 percent), but even more than two-thirds of the youngest 18-29-year-olds (69 percent) believe that peace talks are more in Ukraine’s interest. The pro-war voices did not convince the citizens of the capital either, who are generally more open to Brussels’ mainstream position, with 69 percent saying that Ukrainians should rather try to achieve peace.

The opinion-poll of the Nézőpont Institute was conducted between 28 and 30 of November, 2022, by interviewing 1,000 respondents by phone. For all surveys, the sample is representative of the adult population (18 years and older); the sampling error is ± 3.16 percent. Respondent base = Hungarian voters, respondents who are willing to vote if an election were held “this Sunday”