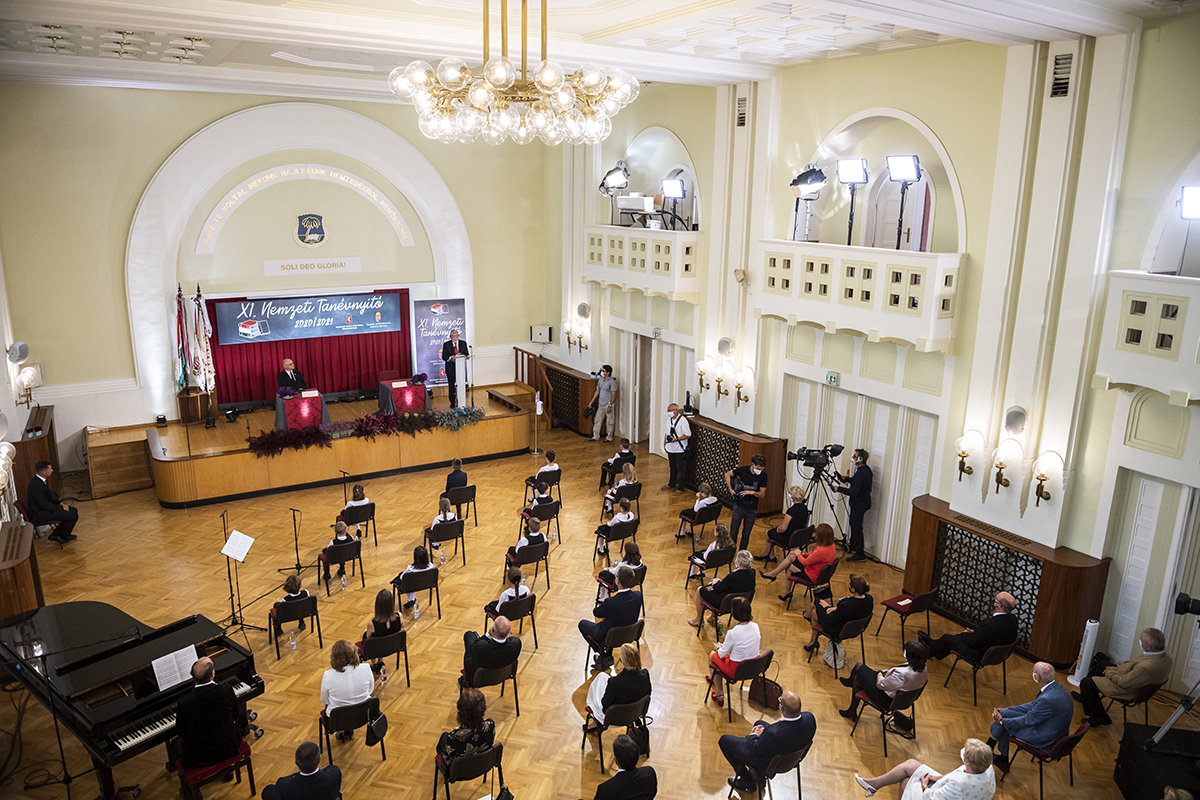 At the beginning of the school year, regardless of party preferences, there is a broad social consensus on reopening schools and making textbooks free.

As of September 1, schools reopen and public education is relaunched in the conventional way, for the time being. When making the decision to reopen schools with the observance of strict security measures, the government had to weigh up epidemiological aspects due to the growing number of coronavirus cases; education policy issues due to dropouts related to remote teaching; and family policy issues due to children staying home. Moreover, all these aspects had to be assessed in terms of past experience, the current situation and likely future developments.

On important issues like this, consensus among society is essential for the adoption and implementation of decisions. It is, therefore, an important confirmation for the government that 78 percent of Hungarians agree with the reopening of schools. The fact that “from September, school will resume in the conventional manner of attendance, rather than through remote teaching, for the time being” is considered a “good decision” by 85 percent of government and 70 percent of left sympathisers, while only 8 and 24 percent, respectively, called it a “bad decision”. Among people who see the world differently in many ways, this can be called, on the whole, an agreement with the government’s decision. In terms of demographics consensus can be considered universal, with only those under the age of 30, who still vividly recall their school days, and those in Budapest with access to better digital infrastructure that are less in agreement with reopening schools (70 and 67 percent, respectively), but even in these groups the vast majority support the government’s decision.

There is even greater social consensus on the Orbán government’s long-developed, step by step expanded free textbook program. 95 percent of Hungarians consider it a good decision (and 4 percent consider it a bad one) that “from September, all students receive textbooks free of charge”. Such an almost complete social consensus in Hungary has not been seen even on the issues of rejecting migration or reducing utility costs. There is no social group where support for free textbooks falls below nine-tenth, with neither age, place of residence or income differences producing substantial variance. Even 89 percent of those respondents who identify as left-wing opposition sympathisers support the government on this issue. It is clear that the poverty eradication program announced by Viktor Orbán at last year’s Fidesz congress could be another political success story of the ruling right, if it takes the form of concrete measures. If, in accordance with a sense of social justice, free public education also includes free textbooks, Hungarians do not concern themselves with the Left’s criticism of the contents and organisational matters.

The public opinion poll was conducted by Nézőpont Intézet between 25-27 August 2020 based on telephone interviews with 1,000 respondents. The sample is representative of the 18+ population by gender, age, region, settlement type and level of education. A sample of 1,000 at 95 percent accuracy has a margin of error of 3.16 percent.