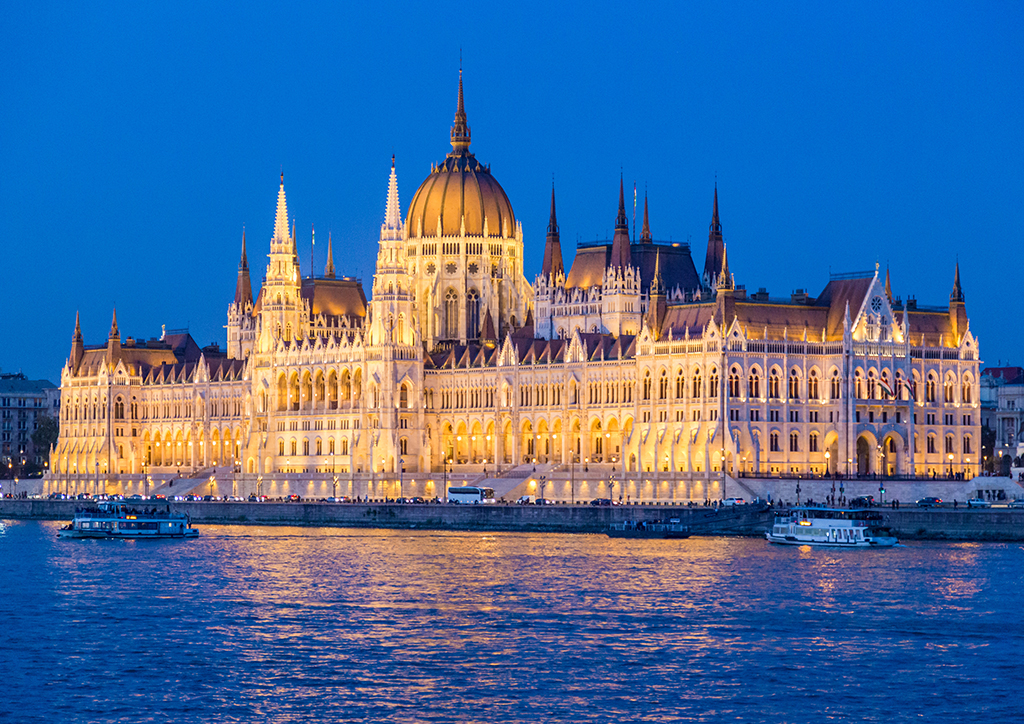 Governing party politicians are more popular than those of the opposition. In fact there is not a single opposition politician whom more people would want to see in an important position than who reject their political involvement, reveals the latest public opinion poll conducted by Nézőpont Intézet.

The Prime Minister’s acceptance has never been this high in the last 5 years, and at present 57 percent of the population would like to see him continue in an important political position. Effective action against the coronavirus has benefited not only the Prime Minister but several members of the government as well. Compared to our last survey in December 2019, 14 percentage point more would like to see Gergely Gulyás, 10 percentage point more Péter Szijjártó and 9 percentage point more Mihály Varga in an important political position. Last week’s research also shows that there are currently no opposition politicians who would be supported in a leading position by more people than those who reject them.  Although 36 percent of the population would like to see Gergely Karácsony in an important political position – making him the most popular opposition politician – one in two respondents rejects him. András Fekete-Győr’s visibility is low with only 4 out of 10 people knowing who he is. Moreover, even among those who are aware of him, twice as many reject than support him. The population still rejects Ferenc Gyurcsány’s political involvement in the largest numbers – 78 percent of respondents do not want to see him in an important position. 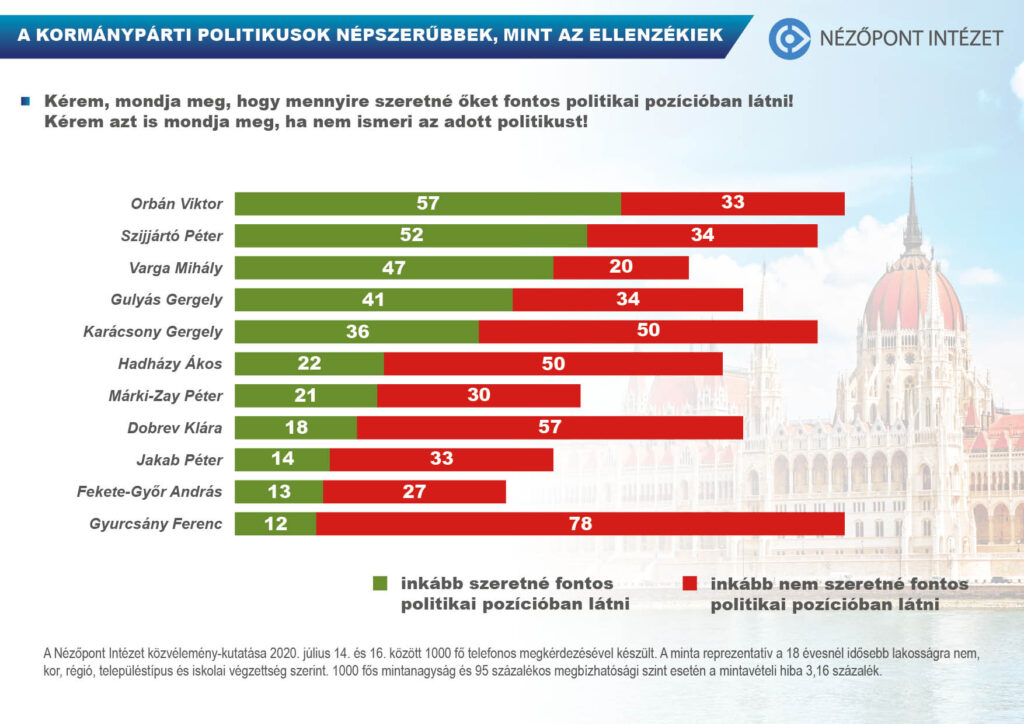 The proportion of those dissatisfied with Viktor Orbán’s performance is currently one third of those of voting age – the last time the indicator was this low was in October 2015. The results are not surprising given the success of the EU negotiations and the coronavirus epidemic response, which is seen as particularly effective even in international comparison. The government’s successful management of the epidemic on the other hand has proven to be a major disruption for opposition politicians and they are yet to recover from its effects.

In terms of popularity, it is to the advantage of members of the government that Fidesz voters are united, while opposition joint list voters are quite divided over their preferred politicians. While among Fidesz voters the rejection of government members is quite low  (3-12 percent), opposition politicians are judged much more harshly, with 15 to 62 percent of voters not wanting to see some politicians in important positions.

This highlights two things: There is still no opposition politician who could successfully compete with Viktor Orbán for the prime ministerial position in the 2022 parliamentary elections, and the opposition joint list may create several conflicts among the Left, mainly due to the unpopularity of Ferenc Gyurcsány and his wife Klára Dobrev.

The public opinion poll was conducted by Nézőpont Intézet between 14-16 July 2020 based on telephone interviews with 1,000 respondents. The sample is representative of the 18+ population by gender, age, region, settlement type and level of education. A sample of 1,000 at 95 percent accuracy has a margin of error of 3.16 percent.