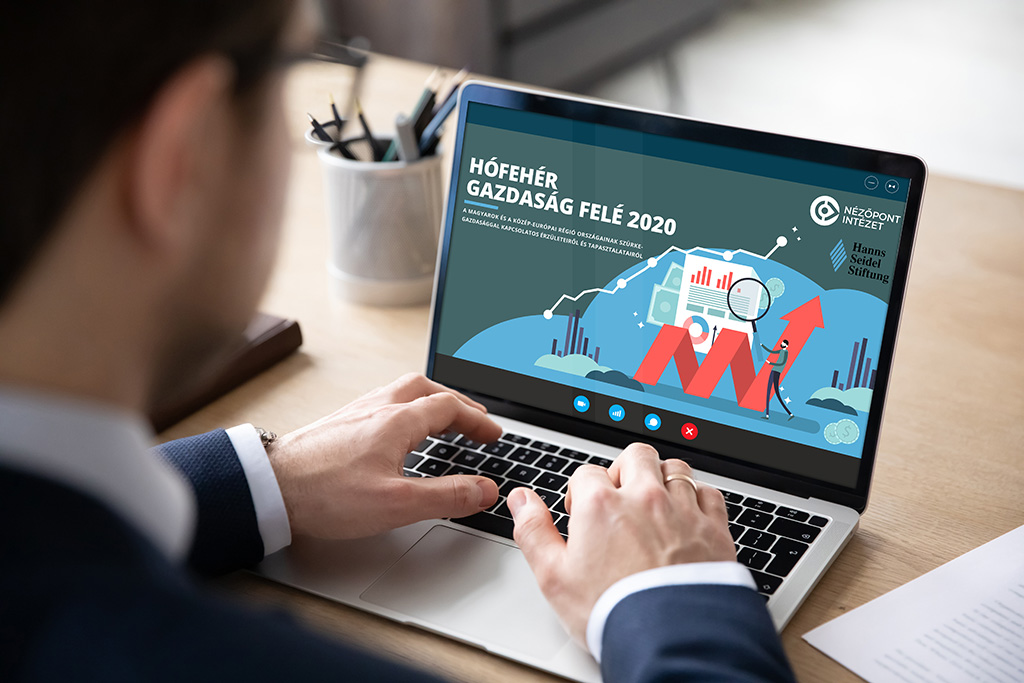 According to 30 percent of Hungarians, the whitening of the economy continues even in the midst of the coronavirus pandemic, reveals the “Toward a Snow White Economy 2020” survey presented by Nézőpont Intézet at an online conference on Wednesday at 10am.

State Secretary for the Ministry of Finance Norbert Izer emphasised at the event that further economic whitening may make additional tax cuts possible.

Nézőpont Intézet in cooperation with Hanns Seidel Stiftung organised their annual conference on Hungarian economic whitening. Due to the pandemic, however, the conference took place online in order to ensure the safety of participants.

In his introduction, Nézőpont Intézet CEO Ágoston Sámuel Mráz presented the institute’s analysis based on opinion poll data from twelve Central European countries, which shows Hungary performing remarkably well in terms of whitening the black and gray economies even in regional comparison. “34 percent of Hungarians said that tax evasion had decreased in Hungary, and 30 percent believe that the size of the gray economy has decreased in the last five years” bringing Hungary to the forefront in the Central European region, Mr. Mráz explained.

The survey also reveals that 52 percent of Hungarians do not know anyone who receives some or all of their wages in cash, placing Hungary in the top third in the Central European region, second only the Czechia (74 percent), Austria (66 percent) and Slovenia (61 percent). Compared to five years ago, however, Hungarians have experienced  whitening in the employment sector to the largest degree. In regional comparison it is Hungarians that said in the largest numbers (28 percent) that there had been less people employed in the black or grey economies than five years ago.

State Secretary for the Ministry of Finance Norbert Izer said in his presentation on the government’s achievements and next steps in economic whitening that increasing transparency has played a key role in changing the focus of the taxation system. Unlike other European countries, the Hungarian government has chosen to significantly reduce the public burden on both wage and corporate profits, both as a result of the economic whitening and as an effort to maintain it. The pace of tax cuts has been at the forefront in recent years in an  EU comparison as well, with Hungary being the first in 2017, and the second in 2018 among EU countries employing tax cuts. From an institutional point of view, the integration of the Hungarian Tax Authority (NAV) and the digitalisation of its procedures have led to significant results producing a less burdensome taxation process for both private individuals and market players.

During the round table discussion segment of the conference, Lajos Bartha, the Hungarian National Bank’s executive director responsible for financial infrastructures and banking operations said that in previous years, the volume of bank and credit card transactions increased by 2-2.5 per cent, while this year by about 5 percent, which can be attributed to the changes created by the coronavirus pandemic. Following the introduction of the instant funds transfer system this year, the current 20 percent volume of electronic transactions is expected to grow to 45 percent by 2030 bringing Hungary in close proximity with the most developed European countries.

MasterCard CEO Endre Eölyüs called the installation of an additional 14 000 card terminals a significant step forward in 2020. This is also responsible for the fact that the volume of electronic transactions in Hungary shows consistent growth, even in the face of the coronavirus’ significant impact on certain sectors. Once these regain their pre-pandemic turnover, we can expect further significant growth.

Csaba Szajlai, Deputy Editor-in-Chief of weekly newspaper Figyelő pointed out the role of the expanding employment market, and that the introduction of a flat-rate tax has proved successful in making tax avoidance less tempting. In his view, people’s mentality has changed in recent years, as circumvention of the regulations is no longer a path to easy prosperity, thanks mainly to the actions of the government and the tax authority.