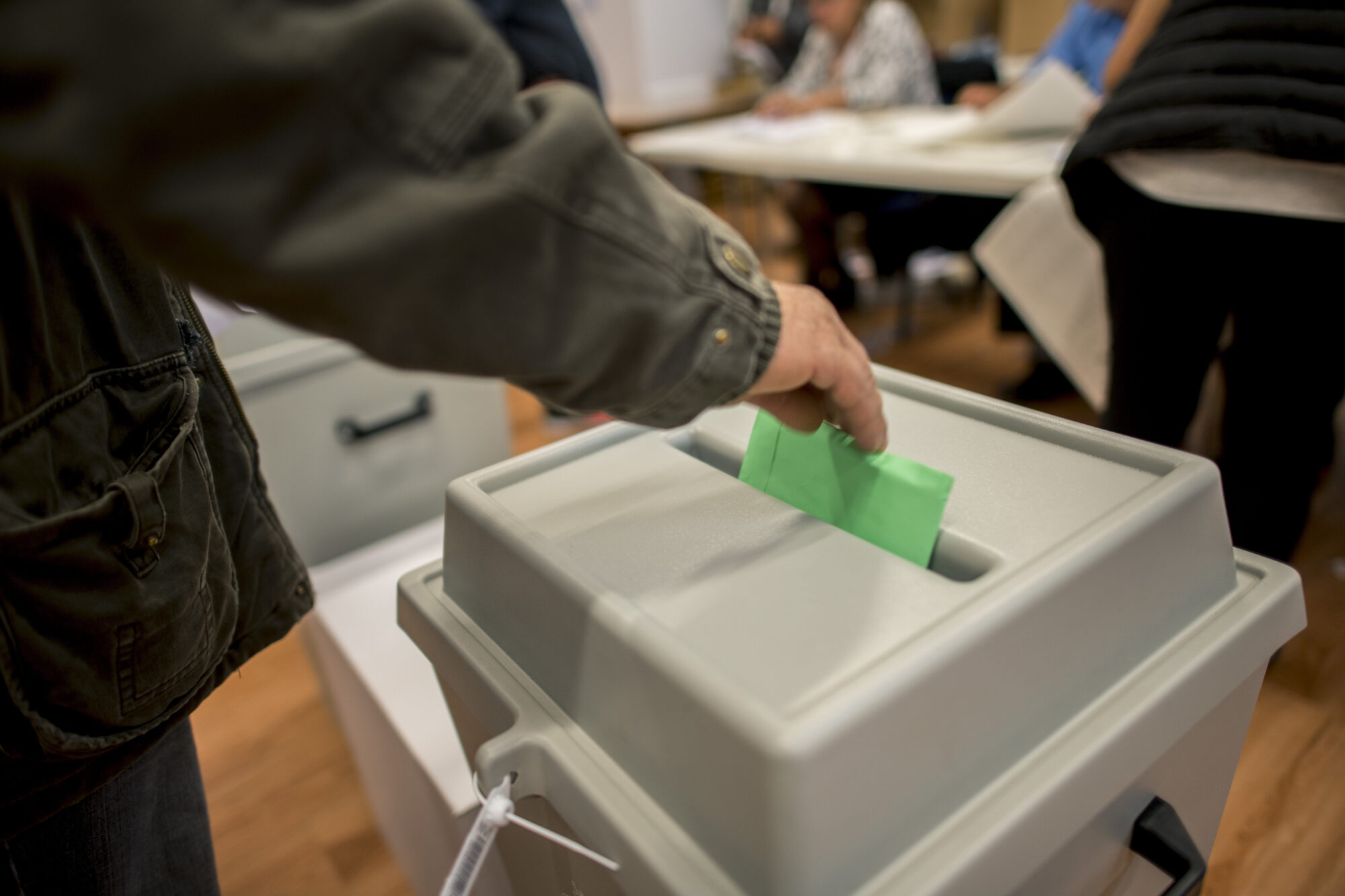 The 2022 parliamentary elections will be held in as little as three months. From now on, the Nézőpont Institute will extend its party preference research to a party-list election result estimation. Thus all active voters’ declared and identifiable party preference will be taken into account. With this methodology, apart from voters with “determined” party preference, it is also possible to identify voters with “uncertain” party preference but willing to participate in the elections. We pay special attention to smaller but above one percent parties whose voters may vote differently for local candidates than for party lists where the entry of their favourite party is at stake. The estimation can be used to predict the ‘most likely party list result’, but not to predict the final outcome of the election. Since we have taken into account several factors during the evaluation, the comparison between our ‘most likely party list result’ prognosis and our previous research data is limited. 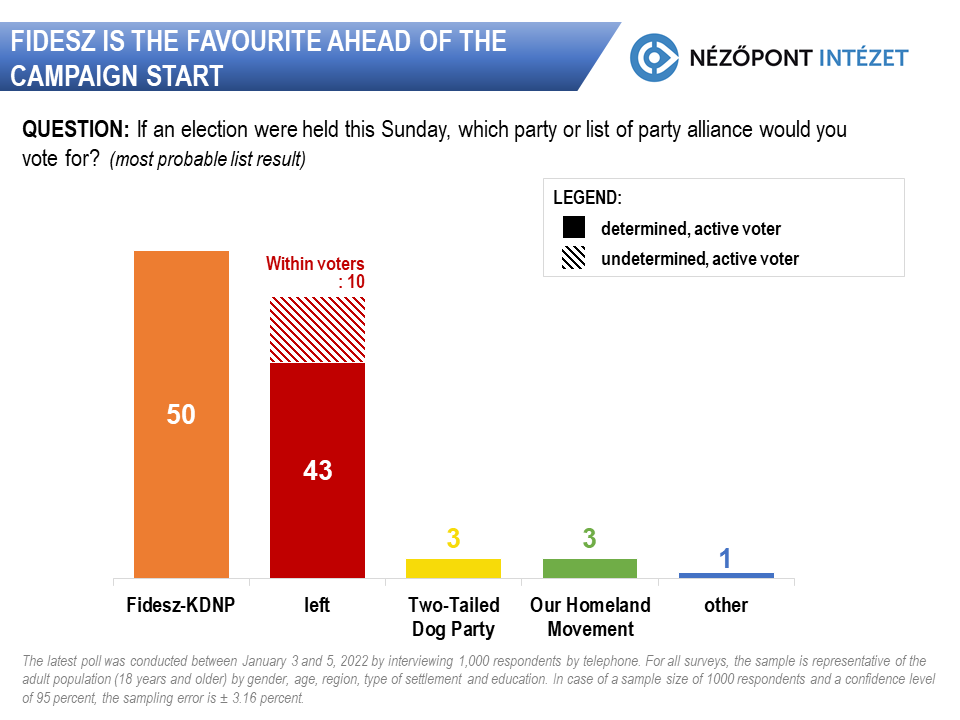 In the parliamentary elections to be held in April, turnout is again expected to be above 70 percent within the country, meaning that roughly 5.7-5.8 million people will cast their vote for one of the party lists (these are the active voters). In addition, there will be voters from abroad whose votes we have not taken into account. We cannot take into account either the party preferences of those voters who are Hungarian residents and considered to be domestic voters but live abroad due to their unavailability.

According to the prognosis of the Nézőpont Institute, if the election were held “this Sunday”, every second domestic voter would vote for the joint Fidesz-KDNP list (50 percent). They are considered to be ‘determined’ voters, they are satisfied with the government and strongly support Viktor Orbán as prime minister. Given that 47.36 percent of the active domestic voters voted for the governing parties four years ago, this represents an increase of almost three percentage points and an almost certain electoral victory for Fidesz.

In contrast, a maximum of 43 percent of the active voters would vote for the left-wing common list, and only three quarters of them (33 percent) can be considered determined voters. The rest are rather undecided voters. This represents a drop of nearly six percentage points compared to the 48.9 percent domestic vote share of four years ago, which then covered ‘Együtt’ (Together) and the parties that make up the current left-wing list, and explains the internal conflicts within the left and the continuous rise in Ferenc Gyurcsány’s influence.

If an election were held “this Sunday”, neither the ‘Two-Tailed Dog Party’ and nor the ‘Our Country Movement’ would get into the parliament. Both would gain 3-3 percent. This is not the final result, just the current situation: both of them have a chance to get in if they can convince 120-130 thousand more voters with a strong campaign. Only one percent of the active voters would vote for other parties.

The latest poll of the Nézőpont Institute was conducted between 3 and 5 of January, 2022 by interviewing 1,000 respondents by phone. For all surveys, the sample is representative of the adult population (18 years and older) by gender, age, region, type of settlement and education. In case of a sample size of 1000 respondents and a confidence level of 95 percent, the sampling error is ± 3.16 percent.