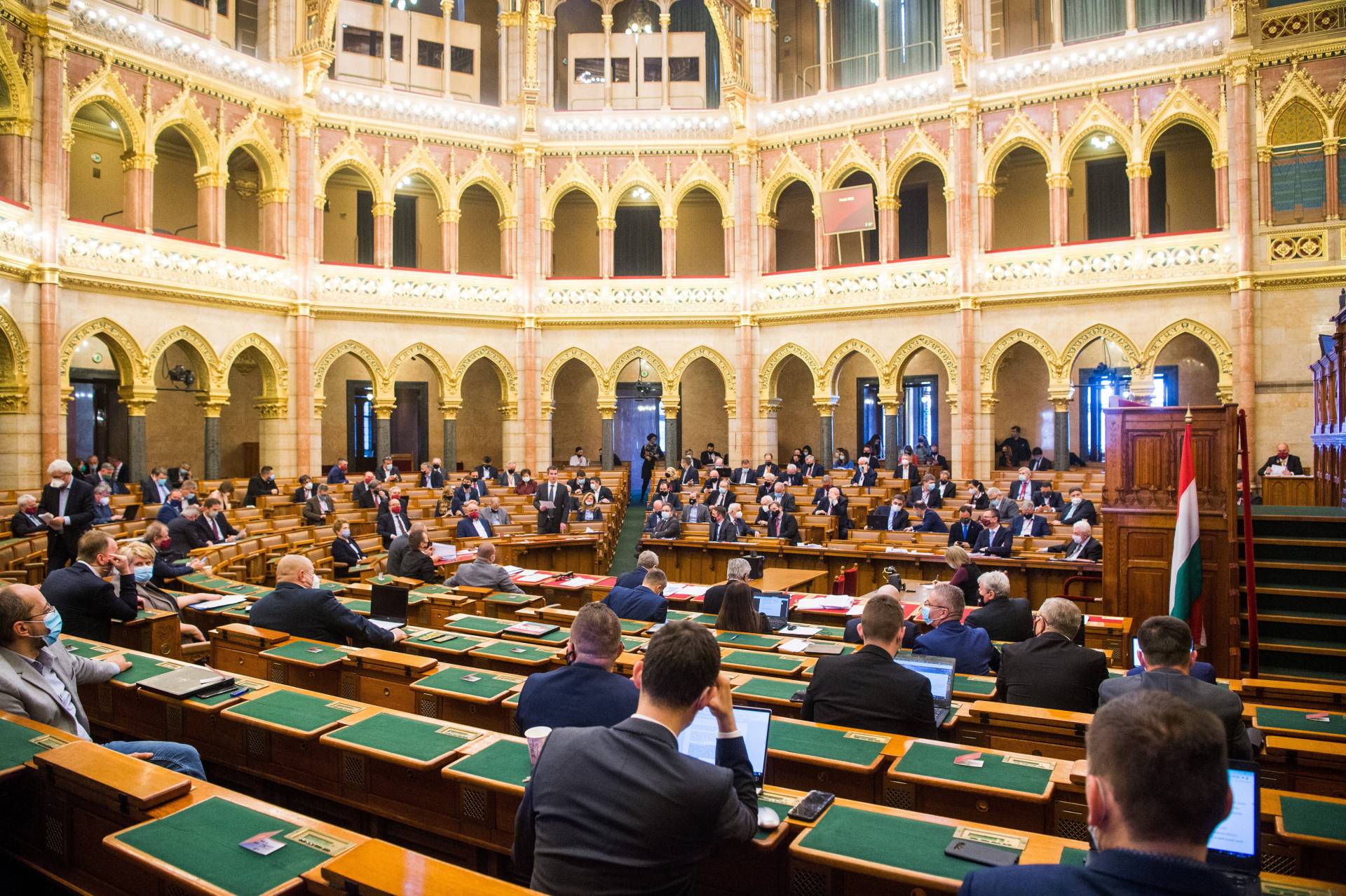 A recent survey of the Nézőpont Institute reveals that seven out of ten (68 percent) active voters believe that Fidesz-KDNP will win the elections. The same amount of voters as in December 2021* believe that the government side would win, if an election were held “this Sunday”. Péter Márki-Zay’s campaign has apparently failed to generate any new impulse so far, with only less than half of the opposition voters (42 percent) confident of a government change.

There are less than 75 days until the election, and the left-wing coalition has still not been able to settle its ranks. The constant prolongation of finalizing their joint list, the delay in reaching agreement on campaign issues, the lack of alternative messages and the poor campaign performance of Péter Márki-Zay have all contributed to the fact that the past month has not brought a positive political turn for the anti-government forces. 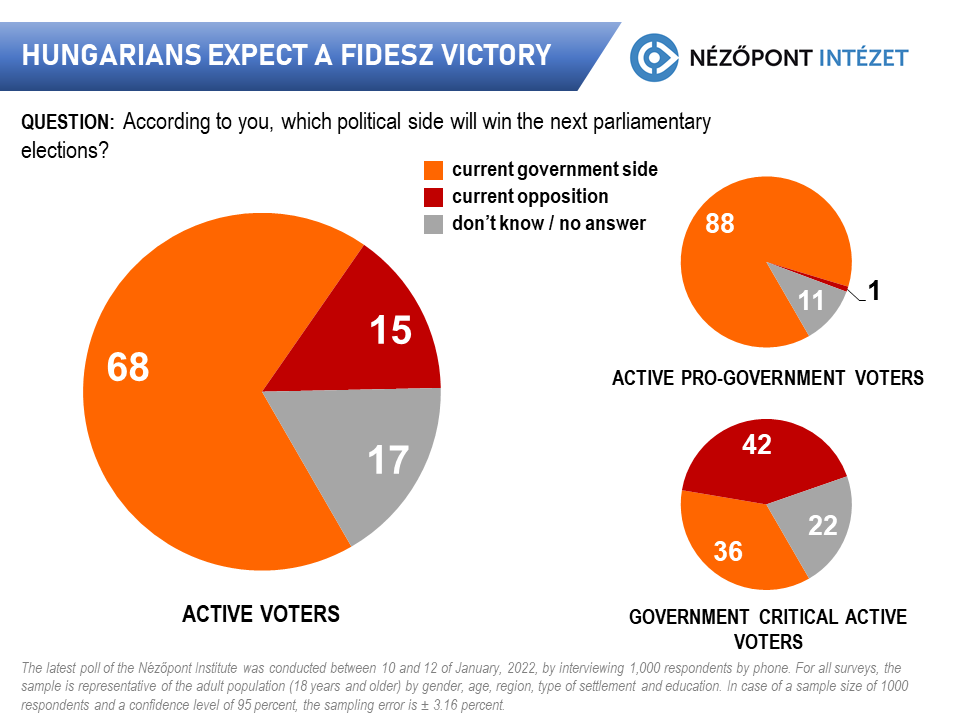 According to a January survey by the Nézőpont Institute, when asked “which political side will win the next parliamentary elections”, far more people than Fidesz’s national supporters, seven out of ten active voters (68 percent) answered that the “current government side” and less than a fifth of them said the “current opposition” side. Among pro-government voters, there is almost complete confidence on the issue, with around nine in ten (88 percent) are confident that Fidesz will be re-elected, and only a small fragment of the pro-government voters is doubtful (11 percent) or pessimistic (1 percent). On the other hand, it is a distressing result for left-wing forces that their voters are completely divided: only four out of ten (42 percent) are confident of the victory, while nearly as many (36 percent) expect the government parties to win. One out of five (22 percent) government critical active voters could not answer the question, which can be explained by the persistent uncertainty on the left that has not been resolved since December.

The latest poll of the Nézőpont Institute was conducted between 10 and 12 of January, 2022, by interviewing 1,000 respondents by phone. For all surveys, the sample is representative of the adult population (18 years and older) by gender, age, region, type of settlement and education. In case of a sample size of 1000 respondents and a confidence level of 95 percent, the sampling error is ± 3.16 percent.

* The December and January values of the Nézőpont Institute survey show a shift within the margin of error (two percent).