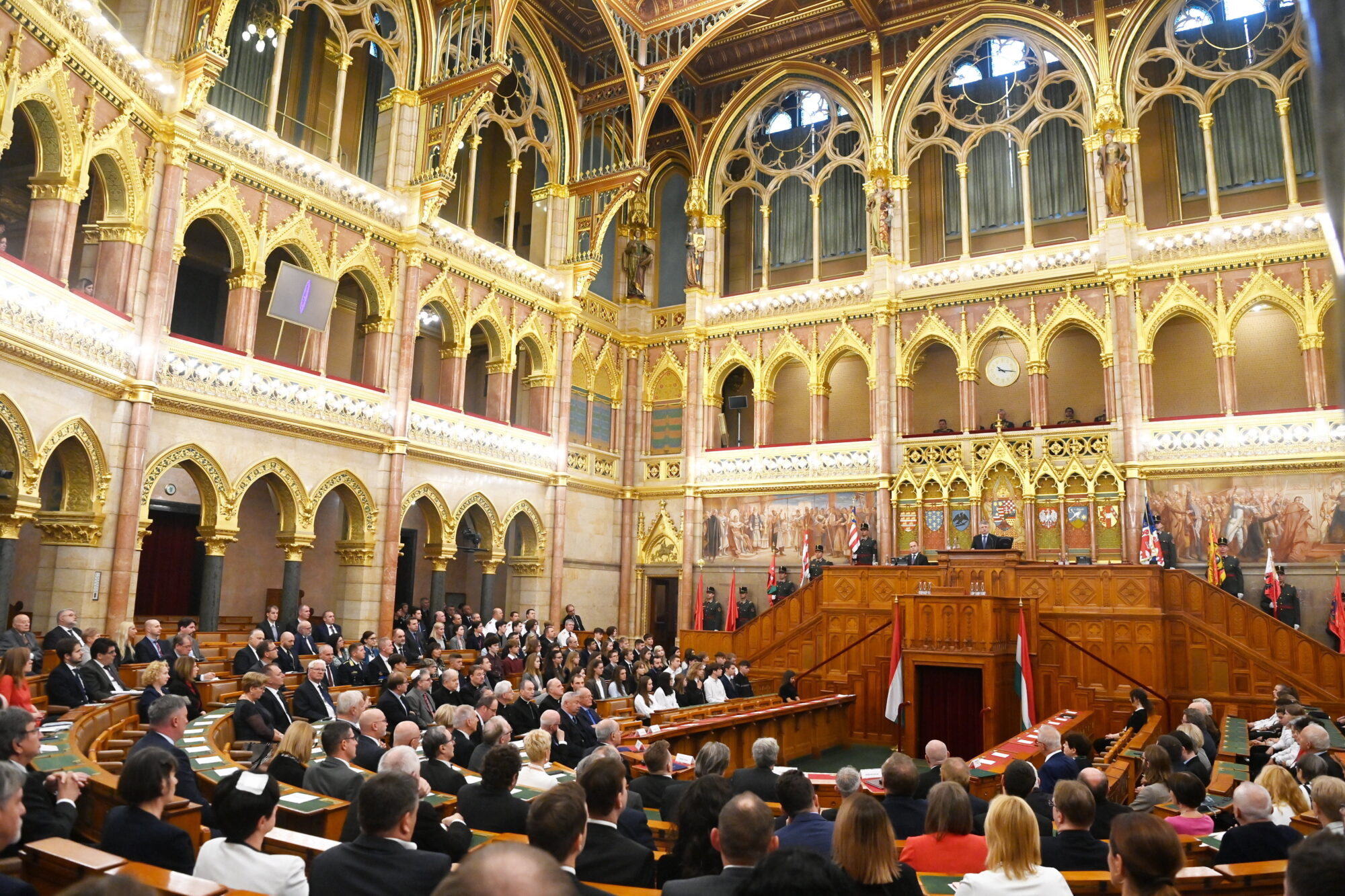 According to a recent survey by Nézőpont Intézet, after weakening by seven percentage points at the end of the summer, the governing party has regained five percentage points by October. Among the opposition parties, only the Democratic Coalition has managed to strengthen, raising its support to 9 percentage points, while Momentum’s support has fallen below the entry threshold.

An opinion poll conducted by the Nézőpont Institute at the end of the summer and published at the beginning of September showed a seven percentage point decline in support for the governing party and a drop in overall support for the left. In the past two months, the decline in Fidesz’s support has stopped, and the ruling party was even able to regain a significant part of its former voters. According to the survey conducted between 17 and 19 October, 52 percent of active voters would vote for Fidesz again, which is a similar level to the April election results. 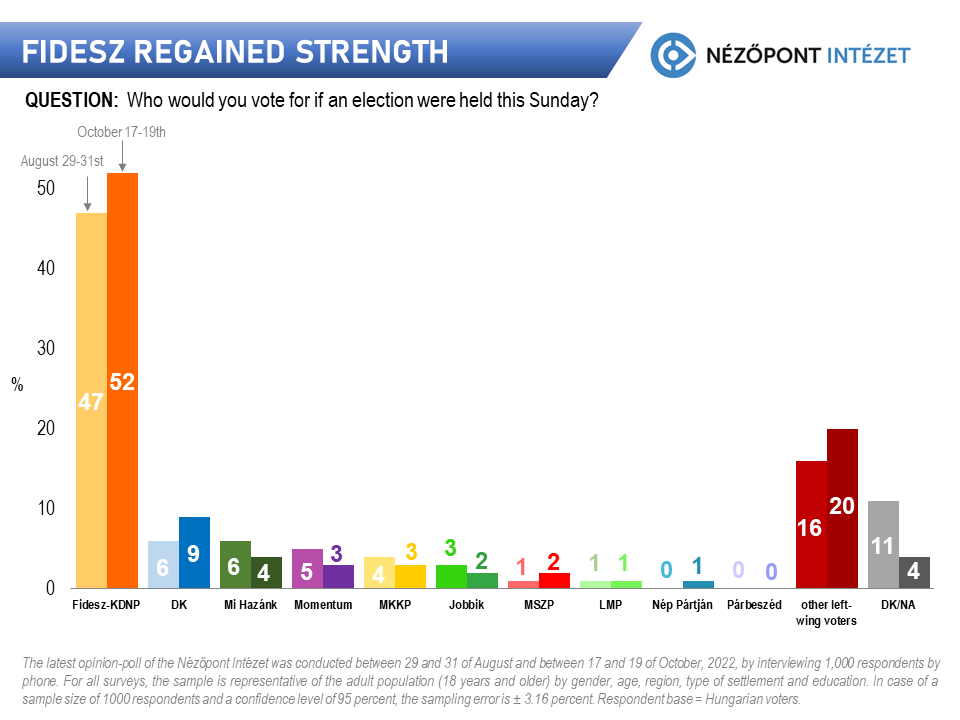 A significant increase in the Prime Minister’s Satisfaction Index, which has now reached 53 percent, has certainly contributed to the increase in support for the governing parties. It could be an explanatory factor as well that the modification of the public utility cost reduction scheme announced during the summer has only affected less than a quarter of the population (24 percent) to a significant extent, while two-thirds of Hungarians (67 percent) have seen little or no change in their utility bills.

On the opposition side, only the Democratic Coalition (9 percent) has managed to strengthen in recent weeks. The driving force might be presumably the formation of the shadow government, or at least the party’s ability to show some capacity for action. While previously three other parties had support above the threshold for entry, the support for Mi Hazánk has now fallen to 4, Momentum and MKKP to 3 percent. Jobbik (2 percent), MSZP (2 percent) and LMP (1 percent) have been showing a support below the threshold for a long time, and Párbeszéd (0 percent) has virtually no visible support. A new player in the long line of opposition parties is the movement of Péter Jakab, the People’s Party, which reached the 1 percent support level for the first time in October.

The proportion of those who are critical of the government but cannot choose between the current left-wing parties remains high. They represent one fifth of the electorate (20 percent).

The latest opinion-poll of the Nézőpont Institute was conducted between 29 and 31 of August and between 17 and 19 of October, 2022, by interviewing 1,000 respondents by phone. For all surveys, the sample is representative of the adult population (18 years and older) by gender, age, region, type of settlement and education. In case of a sample size of 1000 respondents and a confidence level of 95 percent, the sampling error is ± 3.16 percent. Respondent base = Hungarian voters.