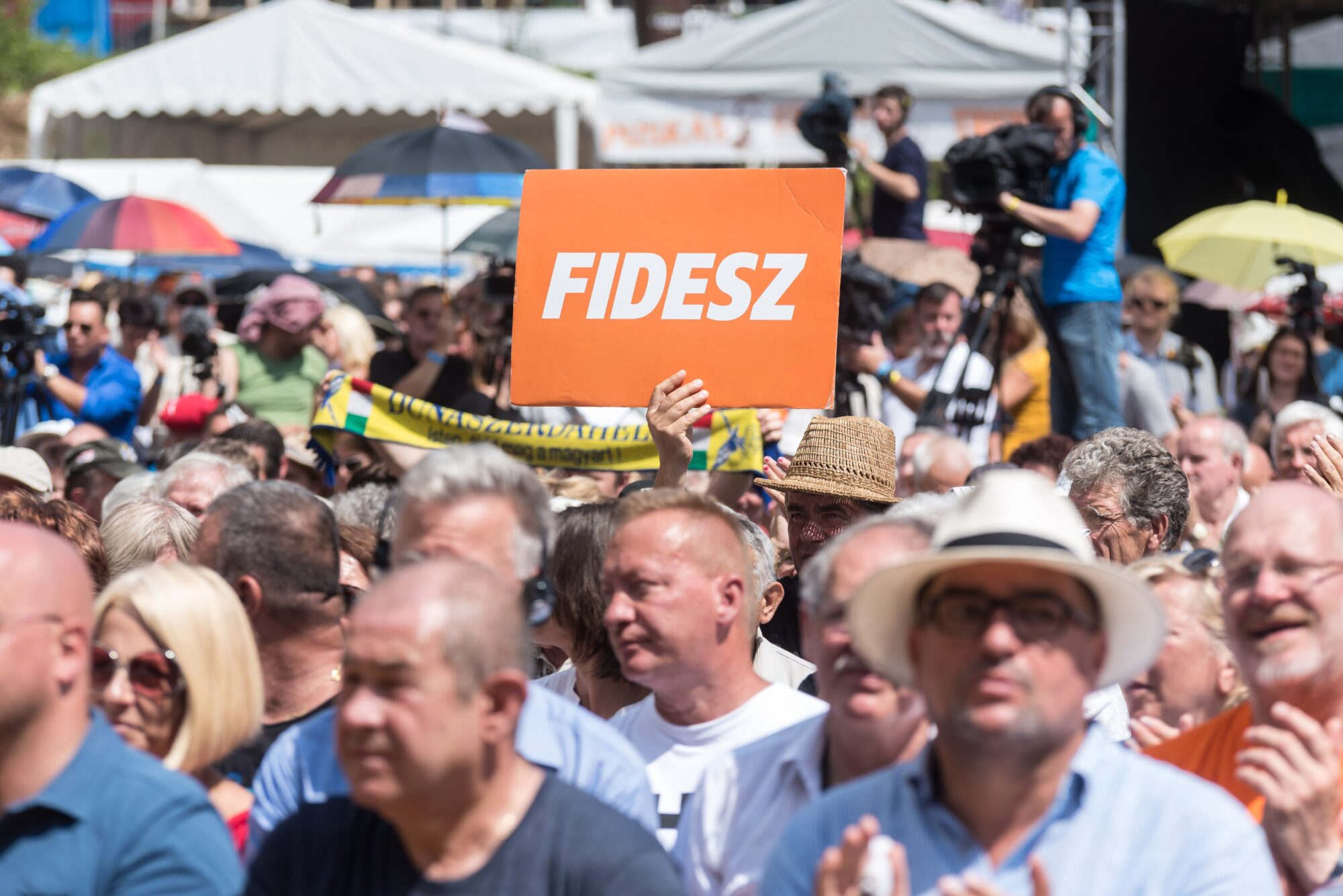 According to voters’ preferences and expectations, Fidesz is likely to win the elections to be held in just over a hundred days. In December 2021, 70 percent of active voters said they expected the current governing parties to be re-elected and 55 percent said they would vote for Fidesz.

Péter Márki-Zay’s campaign, which has been running for more than two months, has failed to reverse party preference trends. If an election were held “this Sunday”, 55 percent of determined voters would choose the government side and only 43 percent the opposition joint list. Fidesz, as a genuine people’s party, is ahead of the left in almost all social groups. Its main supporters are the pensioner population and people living in rural areas, where two-thirds of the respondents are pro-government voters. Budapest, however, is an exception to this. The capital is politically isolated from the rest of the country, with the left standing at 59 percent and the right at 39 percent. 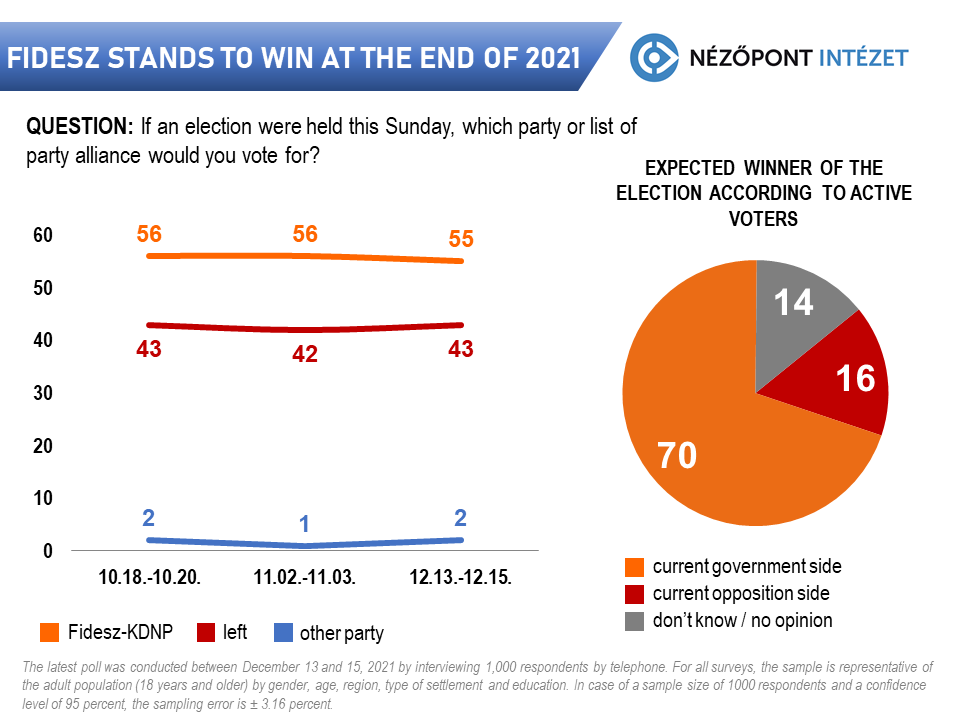 This represents a marginal shift from the figures recorded in October and November (when Fidesz stood at 56 percent and the left at 42-43 percent), which also means that the Mayor of Hódmezővásárhely has failed to fulfil the political expectation of expanding the opposition camp.

The advantage of Fidesz is not only reflected in the current party preferences, but also in voter expectations. For the question “which political side will win the next parliamentary elections”, 70 percent of active voters marked “the current government side” and only 16 percent indicated “the current opposition side”. What is less surprising is that 91 percent of pro-government voters expect the government to win (8 percent could not answer). What is certainly surprising, however, is that only less than half (45 percent) of the anti-government camp trust in the victory of the left, while a third (34 percent) of them consider the victory of Fidesz more likely. It is also telling that a fifth of the government-critical camp (21 percent) was unable to answer the question on the expected winner, which suggests a mix of uncertainty and hopelessness. Anyway, without the hope of victory, every campaign is difficult. And given that, according to the public law, parliamentary elections in Hungary may be held in a hundred days, it is safe to say that Fidesz is very likely to win.

The latest poll of the Nézőpont Institute was conducted between December 13 and 15, 2021 by interviewing 1,000 respondents by telephone. For all surveys, the sample is representative of the adult population (18 years and older) by gender, age, region, type of settlement and education. In case of a sample size of 1000 respondents and a confidence level of 95 percent, the sampling error is ± 3.16 percent.