IN CENTRAL EUROPE, HUNGARIANS ARE THE MOST SATISFIED WITH THEIR GOVERNMENT – Nézőpont Intézet
Skip to content 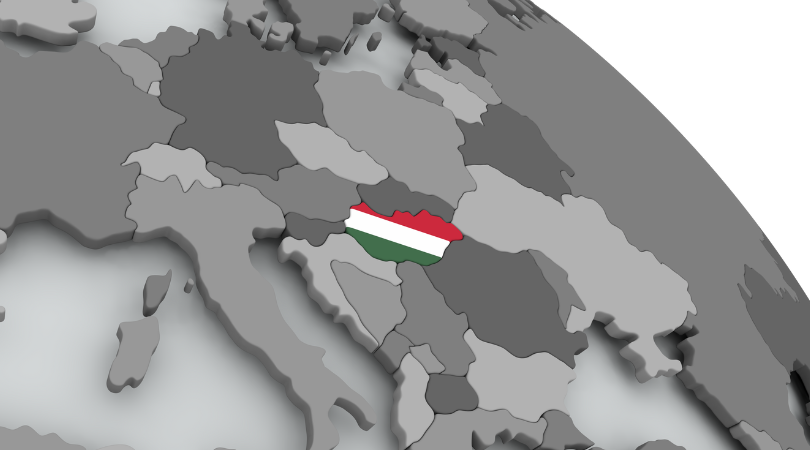 In 12 countries studied in Central Europe, Hungary (61%) and Serbia (60%) had the highest proportion of people satisfied with their governments’ performance, Nézőpont Institute’s research conducted in May and June in Central Europe shows. The survey reveals that in the rest of the countries of the region, more than half of the adult population was dissatisfied with their governments’ performance, with Slovaks being the most pessimistic (74%).

Following the COVID-19 pandemic, the world has been facing a new challenge, the protracted Russian-Ukrainian war. Central European countries neighbouring the conflict are directly impacted by the energy crisis and the war inflation. In this situation, it is important to know what the region’s nations think about their governments’ performance. Nézőpont Institute has studied satisfaction with the government’s performance in 12 Central European countries. 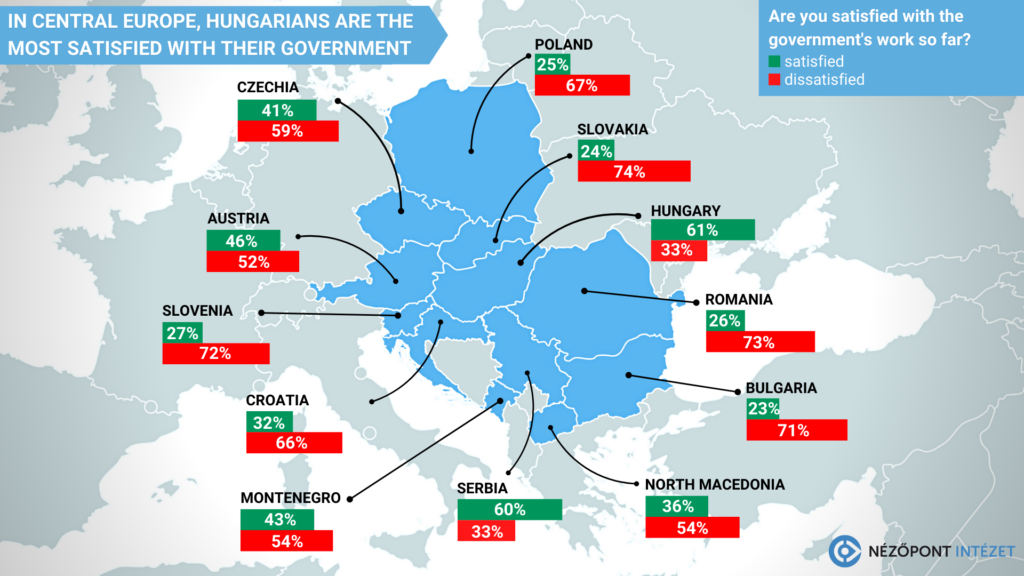 Hungarians (61%) and Serbs (60%) had the highest proportion of people satisfied with their government’s performance. 33% was dissatisfied in both countries. Both countries held elections on 3 April. Fidesz-KDNP had a landslide victory, and Hungarians’ satisfaction with the government appears to be crisis-proof, even in light of the new mandate. Serbia held presidential and parliamentary elections on the same day, won by incumbent president Aleksandar Vučić and the ruling Serbian Progressive Party. Satisfaction that is even greater than the degree of election victories proves that political stability is a value, which may be not only a consequence but also a cause of the satisfaction.

The other countries, however, show, that this stability is far from being self-evident. Austria has a slight majority of those who are dissatisfied: 46% of Austrians are satisfied with the government’s performance, while dissatisfaction is at 52%. Public discourse about the energy shortage and the aftereffects of the scandals of Chancellor Kurz’s fall has likely had an impact. Yet the satisfaction index, while worse than in Hungary and Serbia, is not too bad. Montenegro’s government satisfaction index is similar to that of Austria. 43% were satisfied, 54% dissatisfied. In this western Balkan country, the new government only got its mandate at the end of April, after months of uncertainty. Moreover, the ruling coalition consists of parties with small support in society. The Czech Republic is in the same group of countries with an about 40% satisfaction rate. In this case, four out of 10 (41%) said they were satisfied with the government and 59% said they were dissatisfied. The Czech ruling coalition, formed last September by five parties, must now face reality. Their cooperation is made more difficult by conflicts arising from the imbalance between the portfolios given to the specific parties and the size of their support.

Only around a third of people in North Macedonia and Croatia said they were satisfied with their governments’ performance. Satisfaction was 36% in Macedonia, with 54% being dissatisfied. In Croatia, one-third (32%) reported satisfaction and two-thirds (66%) dissatisfaction. In the former, the challenges the government faces include the Bulgarian veto of the country’s EU accession, while in the latter, the disagreement between the president and the government is an issue.

Finally, in the last category, we have governments with a less than 30% satisfaction index. Only a quarter of the people in Poland (25%) were satisfied and two-thirds (67%) were dissatisfied with the performance of the Morawiecki government. This explains why, given the traditional anti-Russian sentiment among the population, the Polish government cannot be pragmatic in its policies. The opposition would immediately take advantage of the situation. The crisis management focusing on the war and the economy is made more difficult by the fact that the campaign for next year’s Polish elections has in reality already started. Nearly a quarter (27%) of Slovenians was satisfied, and nearly three-quarters (72%) were dissatisfied with the Janša government, which was being replaced during the survey by the new Golob government. At the bottom of the list, we find the political mood of Bulgaria, where 71% was pessimistic and only 23% optimistic. Indeed, two weeks ago the then-ruling Petkov government fell. Romania, never famous for government stability, was also among the most dissatisfied countries, with only 26% signalling satisfaction and 73% dissatisfaction with the government’s performance. But at the very bottom we have Slovakia, where only 24% was satisfied and dissatisfaction was at 74%. No wonder that the leftist Freedom and Solidarity Party has recently (after the poll) ended the coalition agreement.

The survey covered 1,000 people in all 12 Central European countries studied. For all country surveys, the sample is representative of the adult population (18 years and older) by gender, age, region, type of settlement and education. In case of a sample size of 1,000 respondents and a confidence level of 95 percent, the sampling error is ± 3.1 percent. The poll was conducted in 20 May 2022-13 June 2022 in each country.