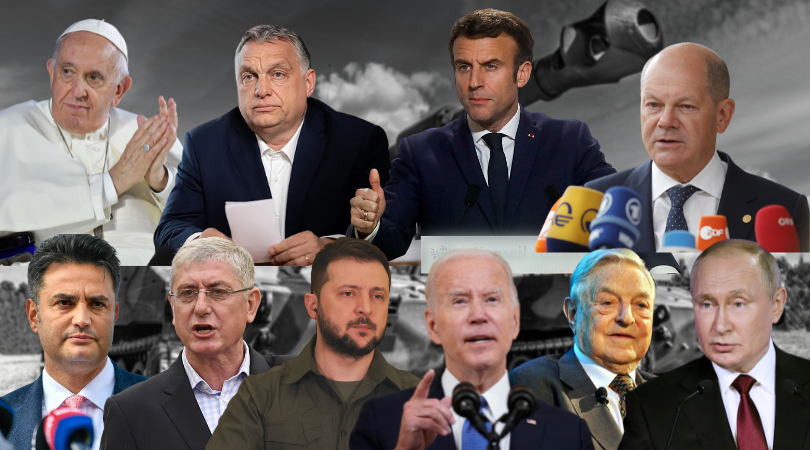 According to the latest survey of the Nézőpont Institute, four-fifths of Hungarians (78 percent) believe that Viktor Orbán is in favour of peace. Only Pope Francis (83 percent) is thought to be more in favour of a ceasefire, while less than half of Hungarians think the same about Western leaders. Joe Biden, George Soros and Vladimir Putin are considered to be the least committed to peace.

Not only Ukraine suffers the effects of the four-month-long Russia-Ukraine war. The economic consequences of the conflict are affecting the whole world in the form of war inflation. An important question is how leading politicians and international actors act to find a solution. The Nézőpont Institute has carried out a survey to find out what Hungarian voters think on the issue. 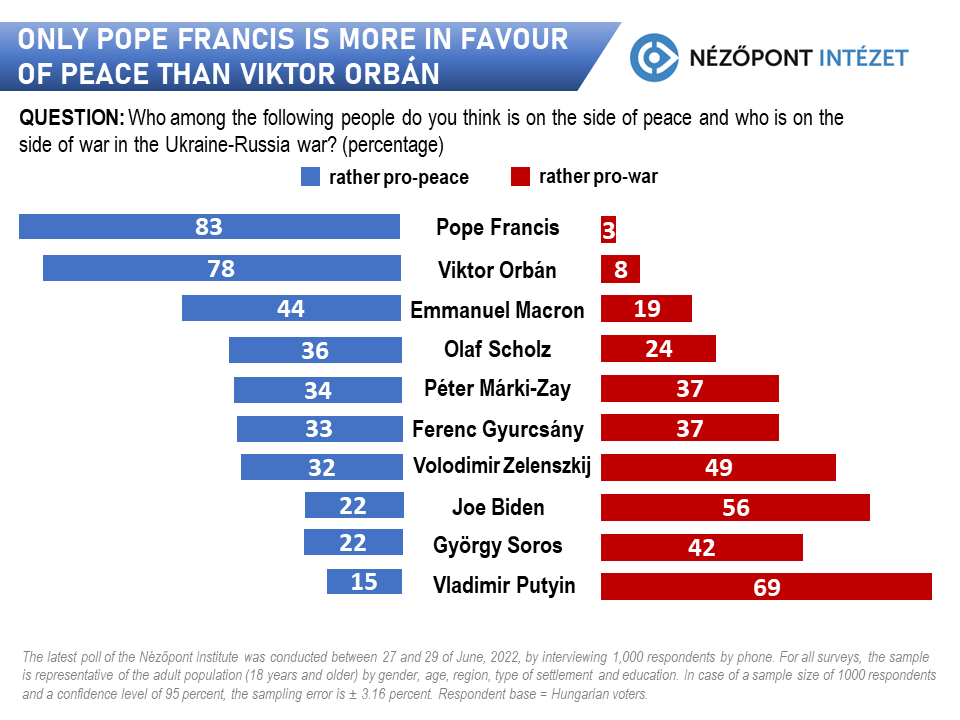 According to four-fifths of Hungarian voters (78 percent), Viktor Orbán is on the side of peace, and only 8 percent believe that he is more in favour of war. There is agreement on the issue among pro-government and anti-government voters. In both camps, the majority of voters, 91 percent of Fidesz and even 58 percent of left-wing voters believe that the Prime Minister is in favour of peace. This high rate is not surprising, since the Hungarian Prime Minister is the only leader in Europe who explicitly promotes peace.

Regarding the Hungarian opposition leaders, Hungarian voters share the same opinion on Péter Márki-Zay and Ferenc Gyurcsány. Only a third of them think that Péter Márki-Zay (34 percent) and Ferenc Gyurcsány (33percent), who often campaigned with pro-war messages, are in favour of peace, and a larger proportion (37-37 percent) think that they are more in favour of war.

According to the vast majority of Hungarians, the President of the United States of America, Joe Biden (56 percent), who is the most supportive of sanctions and arms shipments, and György Soros (42 percent), who also proposes sanctions to defeat Russia, are both in favour of war. Only 22 percent of Hungarians think that they prefer to promote peace.

The latest poll of the Nézőpont Institute was conducted between 27 and 29 of June, 2022, by interviewing 1,000 respondents by phone. For all surveys, the sample is representative of the adult population (18 years and older) by gender, age, region, type of settlement and education. In case of a sample size of 1000 respondents and a confidence level of 95 percent, the sampling error is ± 3.16 percent. Respondent base = Hungarian voters.