JOBBIK MAY BECOME REDUNDANT BY 2022 – Nézőpont Intézet
Skip to content 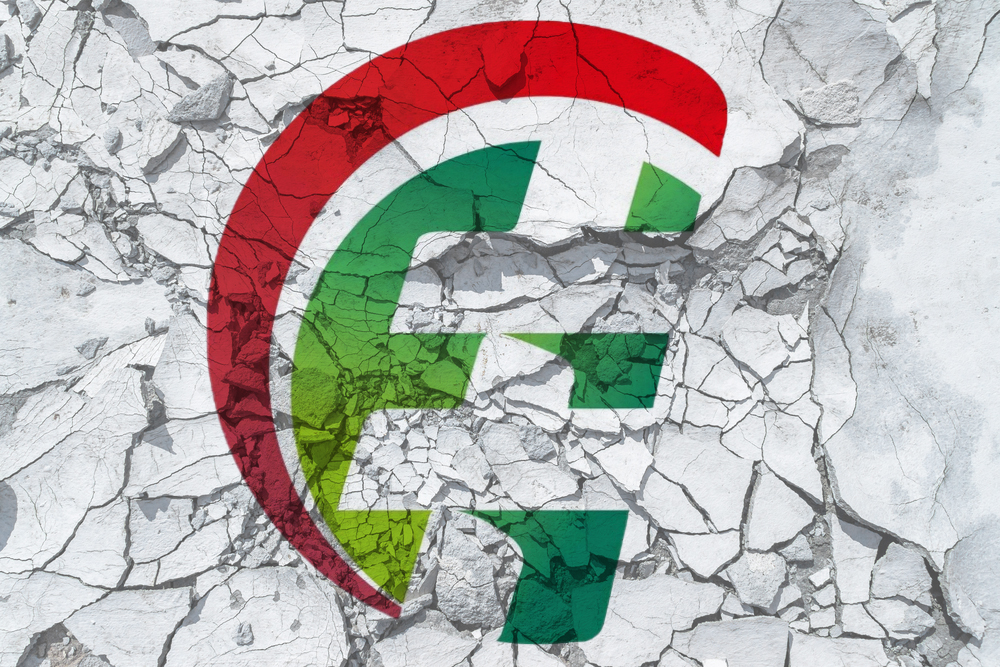 Support for Jobbik is consistently less than half of what it was in 2018: 9 percent of active voters would vote for the party. By now only 35 percent of the once extreme right-wing party’s supporters identify as right-wingers, reveals a representative survey conducted by Nézőpont Intézet last week. Whether under these circumstances other left-wing parties consider Jobbik useful or an unwanted rival remains a question.  Whatever the case may be, Fidesz’s 52 percent support among active voters reduces the chances of victory for any opposition formation. 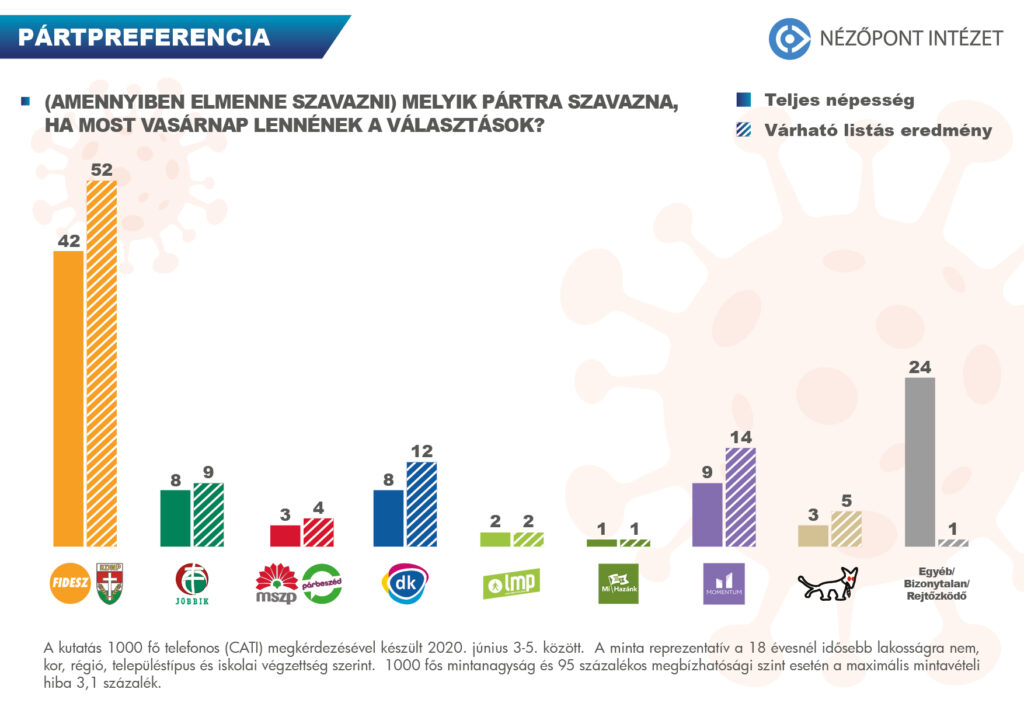 Fidesz has the same high level of support among active voters (51 percent) as it did at the beginning of the year, making parliamentary victory almost certain „if elections were held this Sunday”.  Due to strong social confidence in the wake of the epidemic response the governing party’s support has at one point reached 55 percent among active voters indicating reserves of popularity even at that high level. The success of the epidemic response is likely to be the reason for such outstandingly high mid-term support: Three-quarters of Hungarian adults (77 percent) are satisfied with the measures introduced against the spread of the coronavirus.

The governing party’s success spells failure for the opposition. Momentum and the Democratic Coalition continue their head to head race, in which Momentum has taken the lead in early June (14 and 12 percent, respectively, among active voters). The MSZP and LMP still wouldn’t make it to Parliament running individually (4 and 2 percent, respectively) making both interested in an opposition partnership in order to survive.

Jobbik’s situation is particularly interesting in relation to the left joint list. The party once promising a better future and now looking back at a more successful past seems to have settled  at below 10 percent (currently 9 percent) but the resignations of former party president Sneider Tamas and MP Andrea Varga-Damm have not yet shown their impact on the party’s support.

Whether Jobbik leader Péter Jakab’s tactics pay off or not remains a key question for the coming months. It is a fact that his rivals’ departure gives him a free hand in making the opposition joint list he has been aiming for and he can put his closest people in the 10-12 places  his party is likely to get. It is yet to be seen whether Jobbik will have any „added value” in the opposition negotiations roughly due in a year’s time. The internal scandals, alternative formations, shrinking membership and voters open to other options besides Jobbik significantly impact Péter Jakab’s negotiation position.

Only 35 percent of Jobbik’s supporters identify as right-wingers. By appealing to not only right- wing voters, other parties on the left may come to see Jobbik as a threat rather than useful, which may easily cause it to become redundant in case of a left-wing partnership.

The public opinion poll was conducted by Nézőpont Intézet between 3-5 June 2020 based on telephone interviews with 1,000 respondents. The sample is representative of the 18+ population by geneder, age, region, settlement type and level of education. A sample of 1,000 at 95 percent accuracy has a margin of error of 3.16 percent.