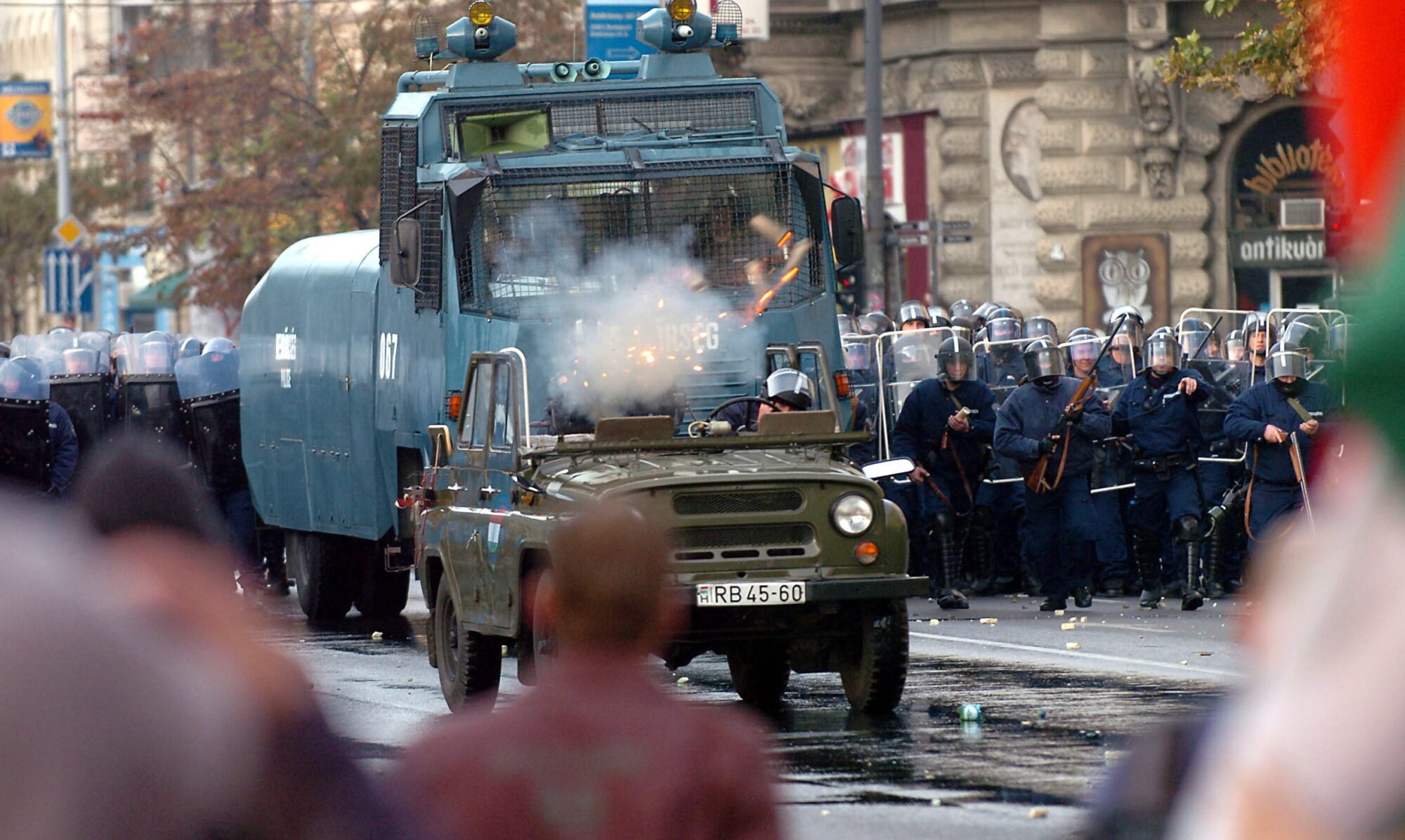 The half-century-old commemoration of the 1956 revolution was a symbol of the moral crisis of the Gyurcsány government. Fifteen years later, the picture just becomes clearer: today, every second Hungarian believes that the police actions of the time were unlawful, and 42 percent blame the then head of government.

On October 23, 2006, one month after the leak of the Őszöd speech, three weeks after the then opposition Fidesz victory in the municipal elections and two weeks after the vote of confidence against Ferenc Gyurcsány in the MSZP-SZDSZ coalition, in the midst of a moral crisis, the 50th anniversary of the 1956 Revolution and War of Independence was celebrated.  After the end of the Fidesz General Assembly, under the heading of action against far-right extremists, the police launched a cavalry attack and deployed tear-gas, injuring and humiliating several peaceful demonstrators. The police action immediately became a subject of political controversy, in which Ferenc Gyurcsány more and more got worsted as time went by.

Fifteen years after the 2006 police attacks, 49 percent of Hungarians of voting age (54 percent of those determined to participate in the elections) said that those police actions were unlawful, and only 20 percent said it was lawful. This is a significant shift even compared to a year earlier. Between 2016 and 2020, only 40 percent of Hungarians believed that the police had acted unlawfully, while the number of those who believed that it was lawful decreased from 34 percent to 20 percent in five years. Today, 38 percent of the government critics also speak of unlawful police interventions, while 33 percent say that the police at the time acted lawfully. The distance in time has helped the discernment. 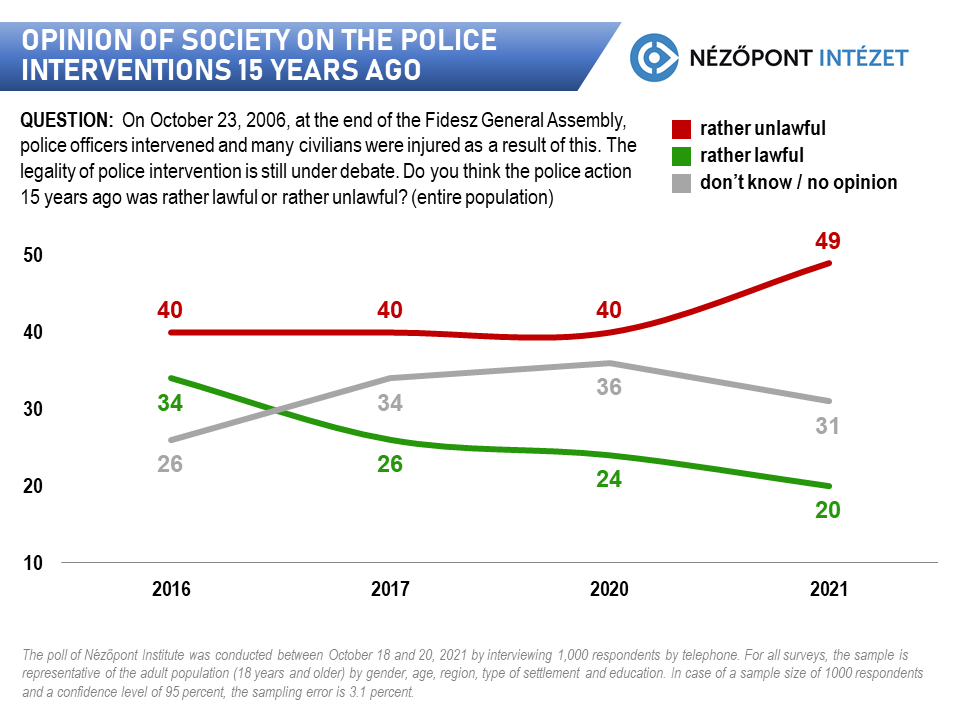 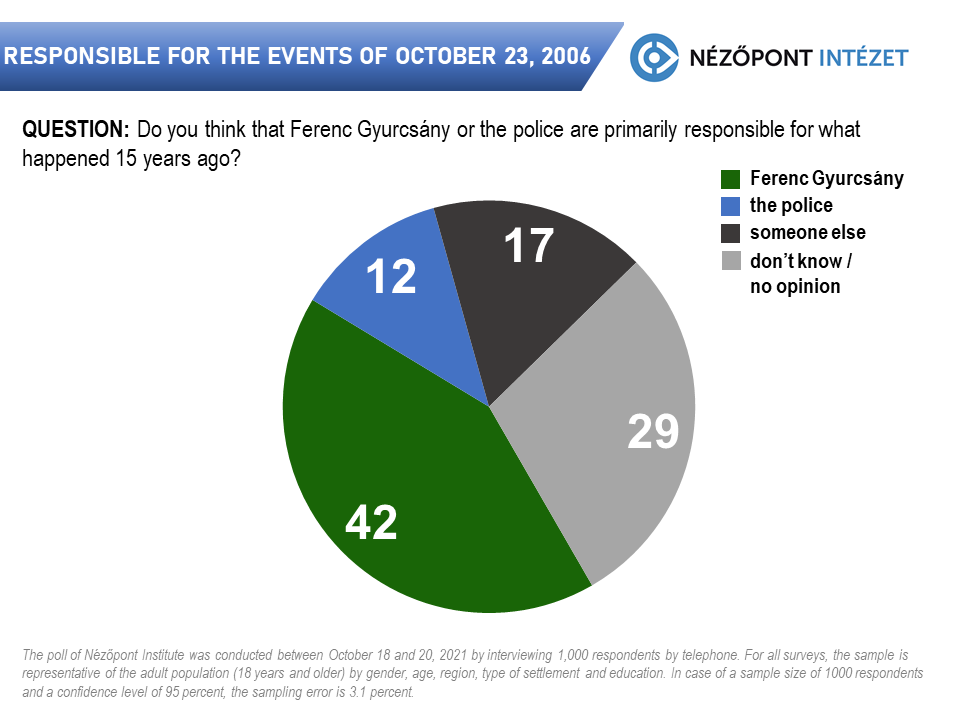 The survey was supported by the Foundation for Civic Hungary.

The poll of Nézőpont Institute was conducted between October 18 and 20, 2021 by interviewing 1,000 respondents by telephone. For all surveys, the sample is representative of the adult population (18 years and older) by gender, age, region, type of settlement and education. In case of a sample size of 1000 respondents and a confidence level of 95 percent, the sampling error is 3.16 percent.