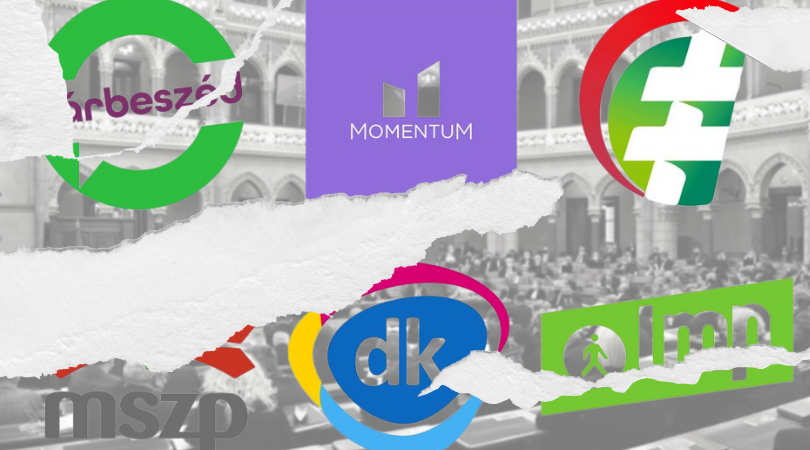 If an election were held this Sunday, the Fidesz-KDNP would get 56 percent of the votes, while the joint list of the left-wing would get 34 percent. If the opposition parties were to run separately, only Momentum (6 percent) and the Democratic Coalition (5 percent) would get into the parliament. Jobbik is supported by only 3 percent of active voters. MSZP and LMP, which are at historic lows, have 1 percent, while there is no sign of support for Párbeszéd.

The Fidesz-KDNP maintains a commanding lead (56 percent). Its support exceeds the record high election results, which suggests s slight “leaning towards the winner” attitude among voters. On the other hand, the left-wing joint list is supported by 34 percent of active voters. The Our Country Movement (Mi Hazánk Mozgalom) would again enter the parliament (5 percent), and the Two-Tailed Dog Party is still below the threshold of 3 percent. 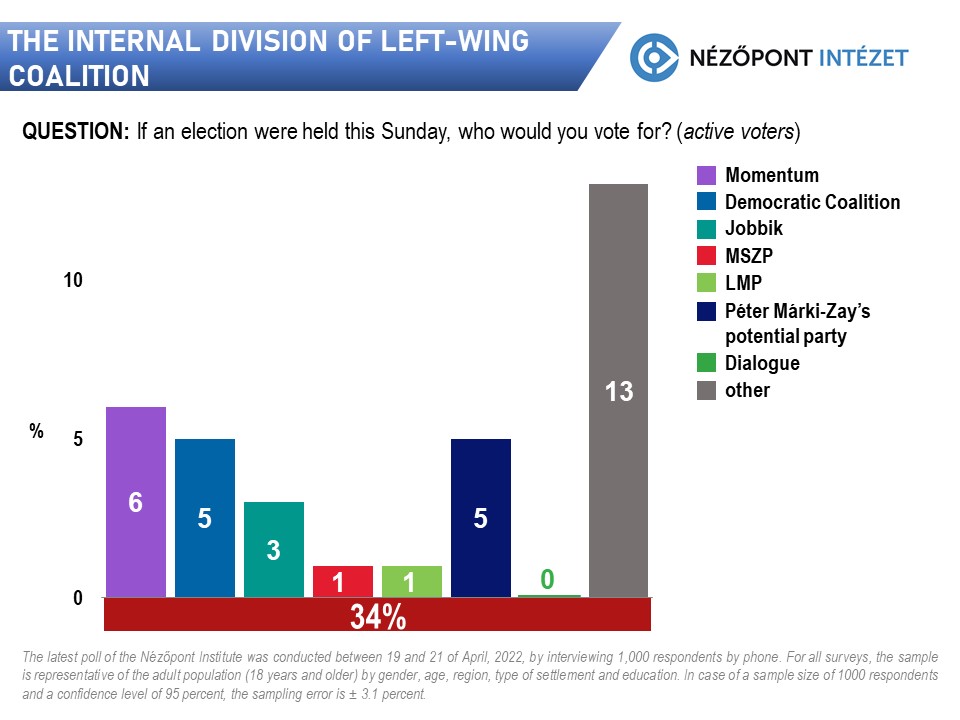 The party of Ferenc Gyurcsány is definitely the biggest winner of the opposition coalition. Despite not being the most popular among opposition parties, the DK won the largest share (26 percent) of parliamentary seats within the six-party coalition. If the opposition parties were to run separately, only the Momentum (6 percent) and the Democratic Coalition (5 percent) would get into the parliament. On the other hand, if an election were held this Sunday, the former leading opposition parties would only get into the parliament from the joint list of the Gyurcsány coalition. Jobbik, being in an identity crisis, has the support of only 3 percent of active voters. MSZP and LMP, which are at a historic low, have only 1-1 percent support, and the Párbeszéd (Dialogue) has no detectable support. The overall support of the opposition parties (16 percent) is now less than half of the support of the left-wing joint list, which means that left-wing voters have turned away from left-wing parties. 5 percent of active voters think it is possible that they would vote for Péter Márki-Zay’s party, without naming any other party that they would support.

The latest poll of the Nézőpont Institute was conducted between 19 and 21 of April, 2022, by interviewing 1,000 respondents by phone. For all surveys, the sample is representative of the adult population (18 years and older) by gender, age, region, type of settlement and education. In case of a sample size of 1000 respondents and a confidence level of 95 percent, the sampling error is ± 3.16 percent.