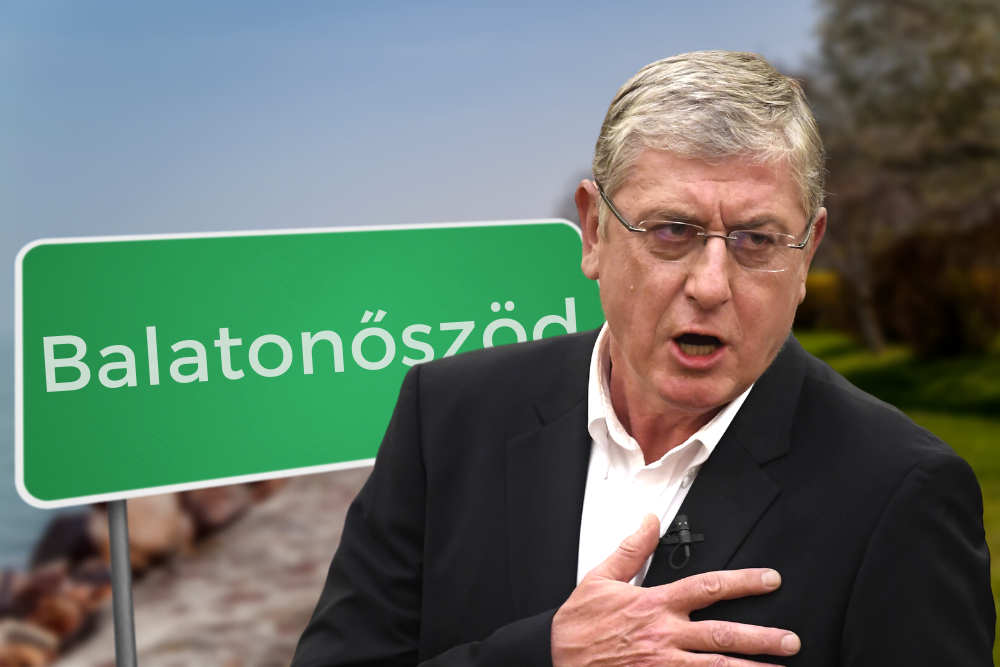 Even after a decade and a half, 78 percent of Hungarians still aware of that the speech at Őszöd can be linked to Ferenc Gyurcsány. 22 percent of them consider it a truth speech and 52 percent a lie speech. The powerful memento of a major turning point in the Hungarian domestic politics could be one of the key topics of the autumn political season, as the influence of Ferenc Gyurcsány on the left is once again similar to that of 2006.

It was exactly fifteen years ago, on 17 September 2006, that the speech was leaked. The Hungarian public opinion was shocked by the content and style of the speech, which could be relieved only by time among Gyurcsány’s supporters. Some elements of the speech were significant cause of the loss of his popularity and the stabilization of his low support. Those words have burned on the former prime minister.

In fifteen years, however, a lot has happened, and Ferenc Gyurcsány is not in power anymore, only within the left. The consequences of what has happened are shown by the fact that even up today 78 percent of the respondents answered correctly to the question “whose name is associated with the Őszöd speech” (1 percent gave the wrong answer; 21 percent could not answer). The passage of time is well illustrated by the fact that 90 percent of those now over fifty and 52 percent of those under thirty gave a good answer. The lower level of awareness among young people is understandable, but the strong impact of the topic is demonstrated by the fact that even among them, the majority is aware of the issue. 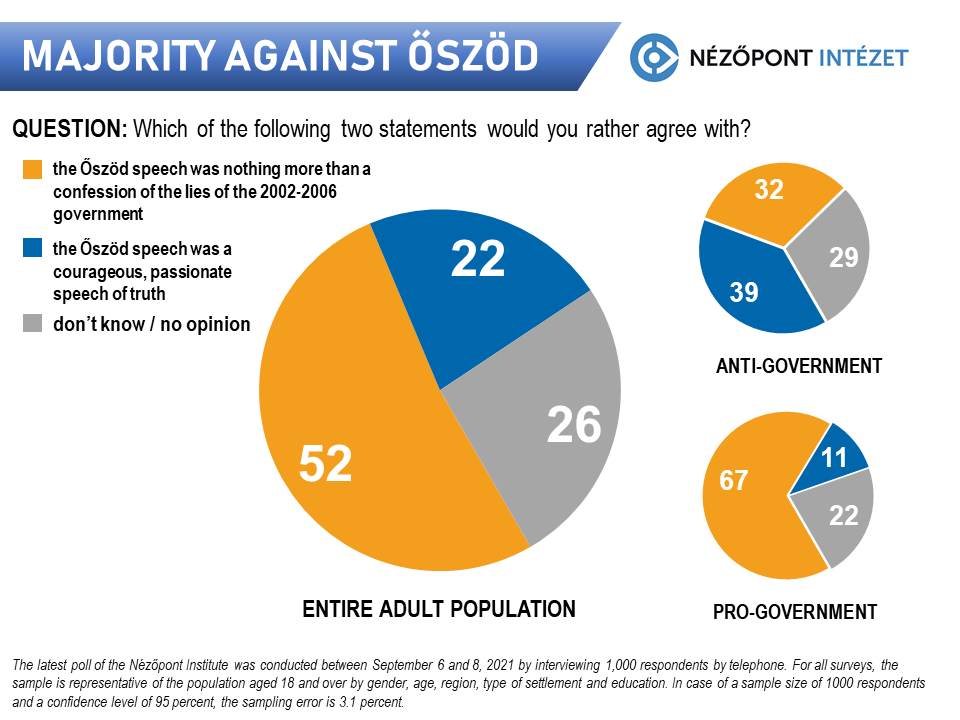 Since Ferenc Gyurcsány again has a huge influence on the left-wing unification process, it is crucial for the 2022 election campaign that how Hungarians judge his infamous speech from the perspective of a decade and a half. 22 percent of the adult Hungarians said that the Őszöd speech was “a courageous, passionate speech of truth,” while 52 percent believed it was nothing more than a confession of “the lies of the 2002-2006 government”. Understandably, the politically active people deal with the issue to a greater extent, so the situation is even clearer among confident voters: 24 percent consider the speech as truth and 61 percent as lie.

Age also has an effect on opinions, as only 40 percent of those under the age of thirty, while 59 percent of those over the age of fifty consider the Őszöd speech as a lie-speech. 46 percent of young people had no opinion on this either. However, it is interesting that even among government critics there is no clear opinion about the Gyurcsány speech. Only 39 percent of the government critics think that Gyurcsány’s speech was a truth speech, while 32 percent think it was a lie. Due to Gyurcsány’s past, it will not be easy to hold together the Gyurcsány coalition.