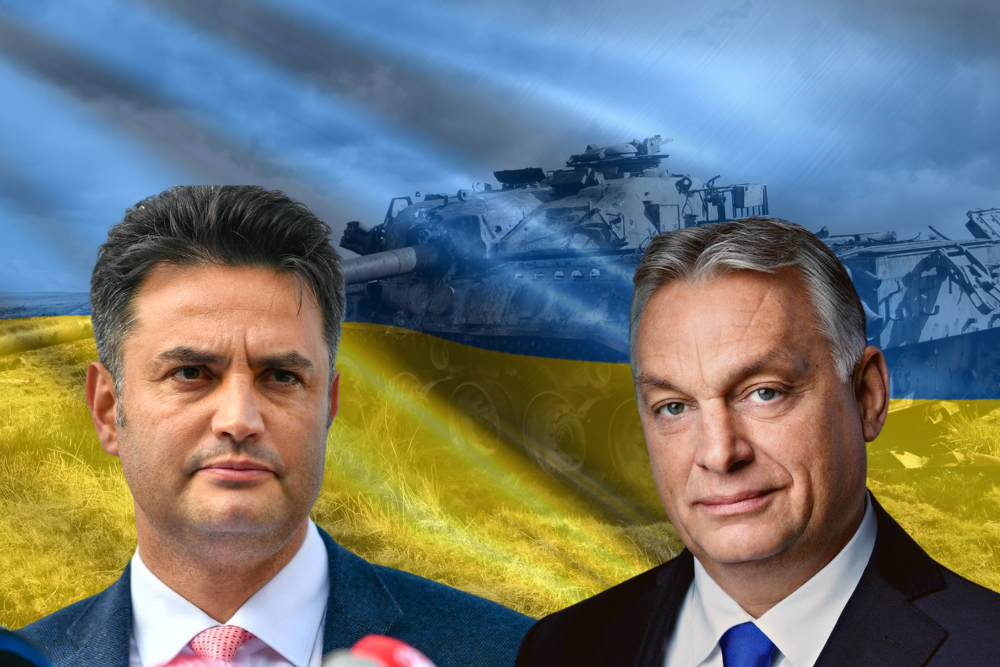 According to this week’s survey of the Nézőpont Institute conducted between Monday and Wednesday, six out of ten active voters (61 percent) believe that Viktor Orbán can better represent the Hungarian interests in the current Russian-Ukrainian conflict than Péter Márki-Zay (10 percent). The institute’s latest opinion poll reveals that even less than the half (43 percent) of the left-wing candidate’s supporters think that he would be better suited to do so. The survey also reveals that around four-fifths (80 percent) of Hungarians would not offer arms to Ukraine. 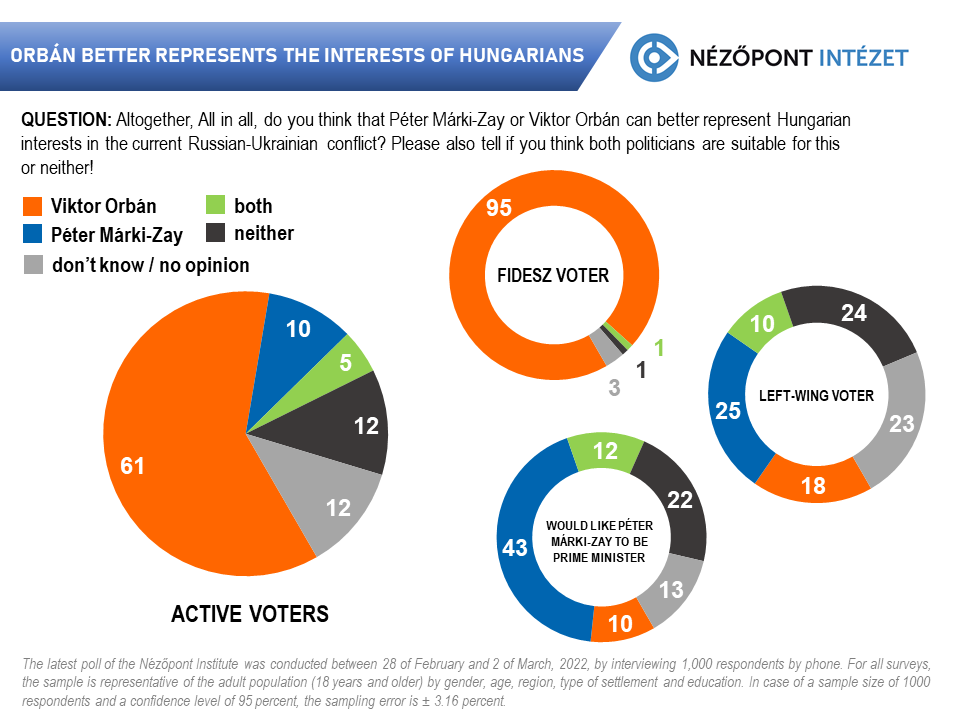 According to the latest survey of the Nézőpont Institute, nearly two thirds of active voters (61 percent) believe that Viktor Orbán can better represent the Hungarian interests in the current Russian-Ukrainian conflict than Péter Márki-Zay (10 percent). 12 percent of politically active voters think neither of them is capable of doing so, and only 5 percent think that both are capable. While pro-government voters seem to be united on the issue, with 95 percent saying that the current head of government is better suited to represent their interests, the opposition camp is strongly divided on the issue. Only one in four left-wing voters (25 percent) think that Péter Márki-Zay would better represent the interests of Hungarians, while 24 percent think none of them. In total, almost half (49 percent) of the active opposition camp do not consider him capable of representing the Hungarian people. Even among those who would like Péter Márki-Zay to be prime minister, only 43 percent think that their candidate would stand up better for Hungarians in the current conflict, while 10 percent think that the current prime minister would do better. 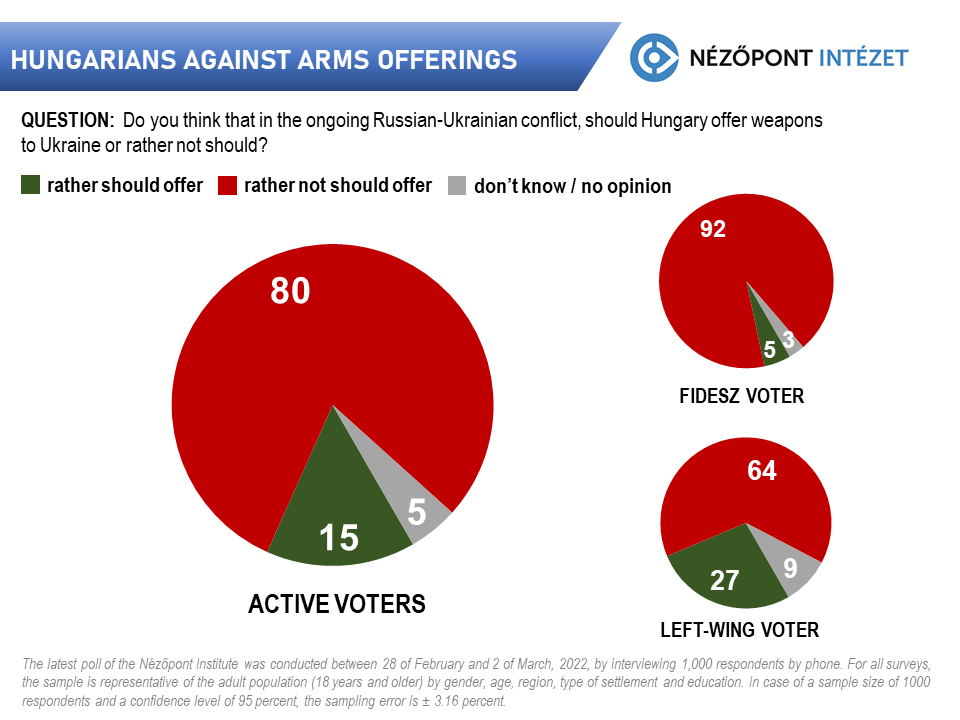 The overwhelmingly conflict avoiding and pacifist attitude of the majority is well reflected in the fact that, contrary to Péter Márki-Zay’s earlier statement, 80 percent think we should not offer arms to Ukraine and only 15 percent say that we should. Both pro-government voters (92 percent) and left-wing voters (64 percent) are opposed to the idea of offering arms. Although, while opposition voters are more in favour (27 percent), Fidesz voters are almost completely against it (5 percent).

The latest poll of the Nézőpont Institute was conducted between 28 of February and 2 of March, 2022, by interviewing 1,000 respondents by phone. For all surveys, the sample is representative of the adult population (18 years and older) by gender, age, region, type of settlement and education. In case of a sample size of 1000 respondents and a confidence level of 95 percent, the sampling error is ± 3.16 percent.