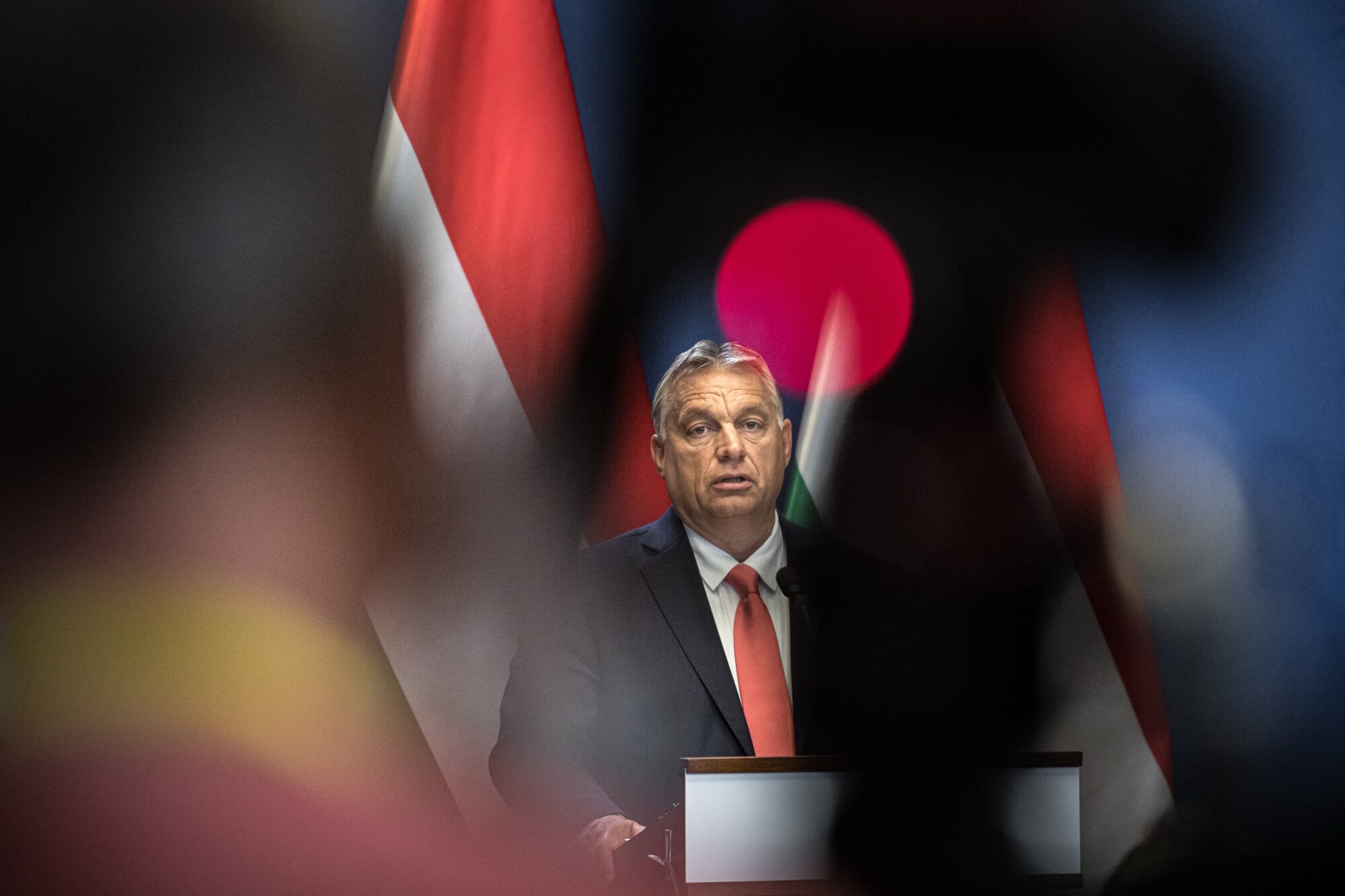 The proportion of those satisfied with Viktor Orbán’s performance has clearly increased as a result of his management of the coronavirus epidemic, and currently 62 percent of Hungarian society are satisfied with how the Prime Minister has handled the situation,  reveals a public opinion poll conducted by Nézőpont Intézet. The Prime Minister’s popularity index has improved significantly in comparison to previous years and even early this year. While in previous years about half of the Hungarians (50 and 52 percent, respectively), were satisfied with the Prime Minister’s performance, this time around almost two-thirds of the respondents feel this way. 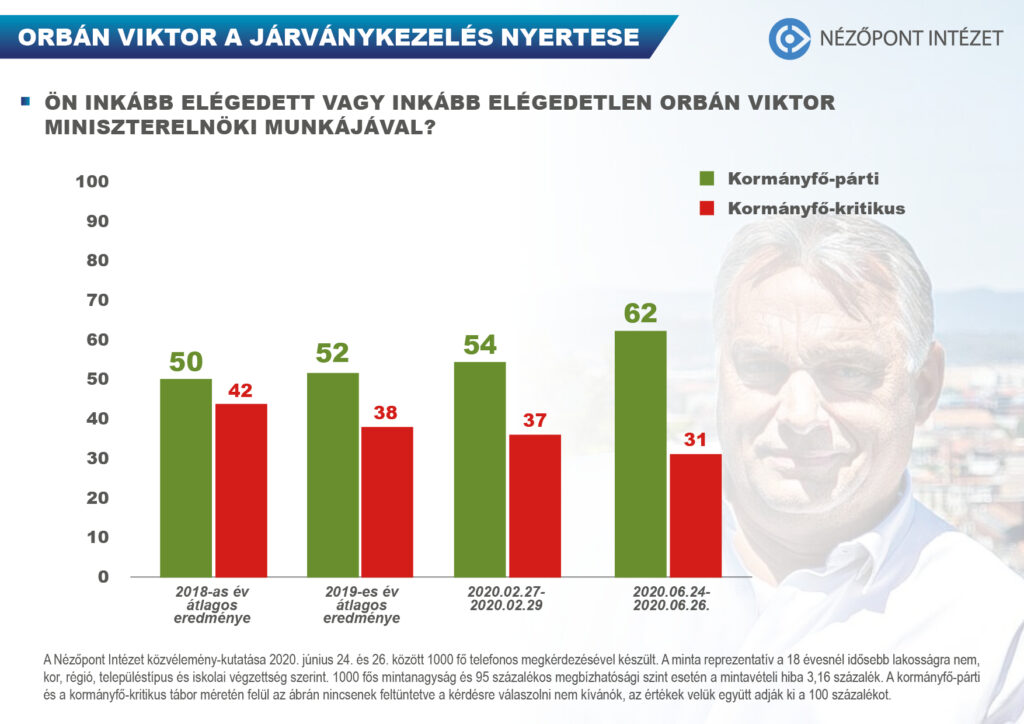 The Prime Minister has clearly benefited politically from effective action against the coronavirus. While in 2018 and 2019 satisfaction with the Prime Minister’s performance was around 50 percent on an annual average (50 and 52 percent, respectively), Viktor Orbán had improved the same indicator as early as the beginning of the year (54 percent). The opinion poll conducted last week shows that currently 6 out of 10 people are behind the head of government (62 percent). The proportion of those dissatisfied with Viktor Orbán’s performance currently makes up less than a third of society. This may be due to the fact that Hungary’s swift and decisive emergency response during the coronavirus epidemic has produced better results in comparison to Western European countries. The camp of those satisfied with Viktor Orbán is even larger than that of governing party sympathizers, whom the May survey results of Nézőpont Intézet show to be 42 percent of the total population.

The 2022 parliamentary elections will be much more about the prime ministerial candidates as personalities rather than the popularity of their respective parties. Thus the opposition will have two obstacles to overcome on the way to victory. Finding a joint prime ministerial candidate will be the first task, however, at this stage it is safer to bet who would not become Viktor Orbán’s counter-candidate rather than who would. As the second task, the opposition must convince the public that their joint candidate would govern the country better than the incumbent prime minister. Viktor Orbán’s outstanding popularity resulting from recent events will turn this into a particularly big challenge for the opposition.

The public opinion poll was conducted by Nézőpont Intézet between 24-26 June 2020 based on telephone interviews with 1,000 respondents. The sample is representative of the 18+ population by geneder, age, region, settlement type and level of education. A sample of 1,000 at 95 percent accuracy has a margin of error of 3.16 percent.